by Chris Nichols
Share this article
You successfully shared the article.
Close

Imagine for a moment that you had $41 million to invest in your real estate business. Now imagine that another agent had $139 million available to compete against you in procuring closed transactions. With more than a 3-to-1 disadvantage, would you be able to generate as many sales or would your competition crush you with more available capital?

In 2002, this was the exact dilemma that faced Billy Beane as general manager of the Oakland A’s. With the aforementioned payroll of $41M, Billy’s A’s ranked 27th out of Major League Baseball’s 30 teams. Not only did he face a “budget deficit” when it came to competing against the New York Yankees’ $139M payroll (highest of the 30 MLB teams), but he had just lost star players Jason Giambi and Johnny Damon the year before. 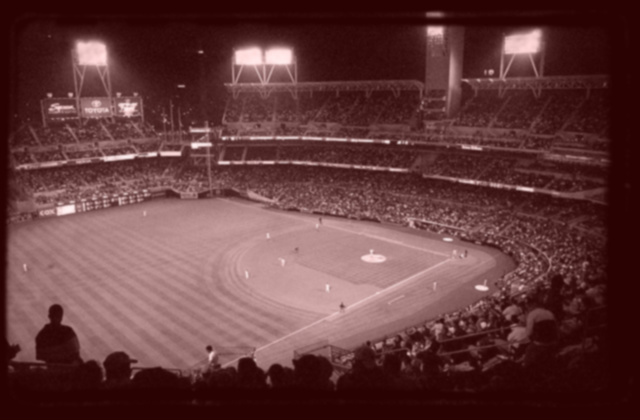 At first glance, the challenge seems almost insurmountable, a modern-day “David and Goliath” tale. Surprisingly, Billy and his A’s did the unthinkable and won 103 games that year, the EXACT same number as the Yankees. Billy’s cost per win was a mere $397,000 compared with New York’s $1.34 million. The infographic below illustrates how Billy’s A’s consistently lead Major League Baseball in the last decade for the lowest average cost per win.

The “secret” Billy found was in focusing their resources, their strategy and their efforts on what really won games. To win games you need to score runs, and to score runs you need base runners. They focused on identifying players that got on base. They didn’t focus on the glitz and glamour of stealing bases. In fact, they found that stealing bases and bunting actually hurt scoring averages. Their in-depth study of baseball statistics is known as Sabermetrics, and was the subject of Michael Lewis’ 2003 book, “Moneyball,” which was a Hollywood hit last year starring Brad Pitt. 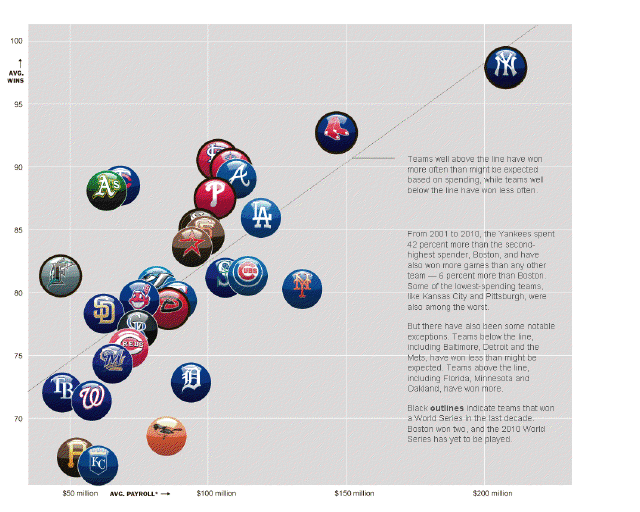 I had the chance to listen to Billy Beane speak recently and I would posit that the principles behind “Moneyball” apply not just to baseball but to other sports and industries as well, especially real estate. Let’s take some lessons from Billy Beane and apply them to our industry.

1. Know the statistics. Billy knew all of the stats for his players and team. Recently in a sales meeting I was shocked to find that many agents didn’t know the current market stats. Most surprising was they didn’t know how quickly our inventory was dropping, and in fact they actually thought inventory levels were rising, when they were actually down 14 percent.

2. Understand the statistics. Knowing the stats is just half the battle; the other half is understanding them. Billy understood that stealing bases didn’t improve his chances to score runs. Taking this back to real estate, what does the affordability index really mean, and why should it be important to a potential buyer? What is the impact to potential sellers as the months of inventory index continues to drop? Consumers don’t just want the numbers; they want to know what they mean to them.

3. Think outside the box. Based on the statistical analyses that he created, Billy believed that he could get a much better bang for his buck by drafting college players (which traditionally were viewed as less desirable than “superstar” prospects drafted straight out of high school and were therefore much less costly) if he could identify those college players with the right metrics that fit his theory.

More specifically, he looked for players with a high on-base percentage, which is a metric that virtually no one else was focused on at the time. And that’s exactly what he did. His 2002 draft, in particular, has been widely hailed as genius because he was able to sign a number of players who ended up proving his “Moneyball” theories to be dead accurate.

The point: Don’t waste your time or money on products and services that don’t have a positive return on investment.

4. The lesson. Billy simply could not afford to spend at a level that the Yankees did, so he chose to look at the game of baseball from an entirely different perspective. What are you doing now that is “traditional” but not very effective from an ROI perspective? Running ads in the paper? Spending a lot of money on homes magazines that don’t produce real results? The real estate industry is in flux and changing rapidly. Like Billy, step back and look for unique opportunities. Knowing and understanding the stats will help you find those opportunities — trust me!