Over the coming months I plan on highlighting a bunch of great apps for real estate agents. To whet your whistle in the meantime, here a five apps that have a permanent place on my phone right now. 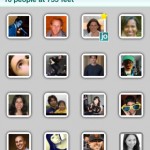 Ban.jo has been called “social sonar”. Log in with your social network accounts (the app supports Twitter, Facebook, Foursquare and Gowalla) and Ban.jo “sweeps” your local area showing you who’s checked in nearby. Since it reaches across multiple networks, you can see at a glance where all your friends are, reducing the need to check multiple apps.

Consolidating all this social network activity into a single screen is a really nice feature, and breaks you out of the individual silos that other apps have built. I’ve only been using Ban.jo for a short time so the activity around me is limited, but directionally I like where this app is heading.

Ban.jo is free in the iTunes app store and is also available for Android. 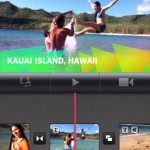 An iOS exclusive, this app is insanely great. Just like its big brother, iMovie lets you edit your videos into short films. Unlike its desktop counterparts, iMovie makes this so easy to do. Drag and cut your clips together, add transitions and a soundtrack and in no time you can create a “mini-masterpiece”. It even comes with several Hollywood-quality themes right out of the box.

In the past, I never did much with all the video I shot on my phone. But iMovie makes editing fun. Your completed projects can be exported and instantly shared on Youtube, Facebook and Vimeo. 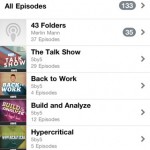 I listen to a lot of podcasts while I work – a mix of technology, web design and marketing shows with the occasional soccer show thrown in the mix. But let’s face it, managing podcasts in iTunes and getting them onto your device is cumbersome, and Instacast solves many of those problems. You can subscribe easily to your favorites shows in the app and then Instacast tells you whenever a new episode is ready to listen. Dead simple. You can choose to stream the show via 3G or WiFi or download and cache them to listen later.

Put more simply, if you like to listen to podcasts, Instacast is the best way to manage your media on the go. 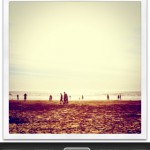 Sharing pictures comes naturally with a smartphone. Most modern smartphones come with decent camera hardware and, coupled with an ‘always-on’ data connection, this means you can instantly share what you’re experiencing with your friends. Call it the “see-what-I-see” effect.

Instagram takes this one step further by letting you layer on simple filters to your photos and makes it easy to share those images with all your favorite social networks in a single act (the app supports Twitter, Facebook, Flickr, Tumblr, Posterous and Foursquare). 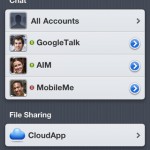 I’m tied to IM most of the day while at my desk. I use it to communicate with colleagues, partners and clients. Verbs is the cleanest, quickest way I’ve found (and I’ve tried quite a few apps) to stay connected with your buddies when you step away from your computer. You can add multiple GoogleTalk, AIM or MobileMe accounts and simultaneous chats can be managed easily through a very slick tiled card interface.

Verbs is $0.99 in the iTunes app store. For an additional $4.99 an in-app purchase upgrades you to Verbs Pro, which gives you push notifications.

What apps are on your phone?﻿