I’m not a great cook. And I work long hours. 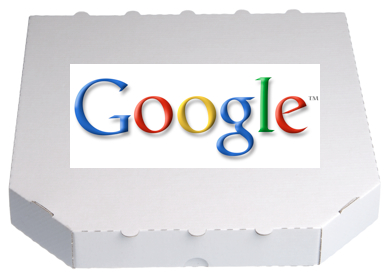 I love pizza. And Chinese. And Italian.

Like most people, I love takeout because it’s fast, easy and convenient.

Google Takeout™ is a feature that is included in Google+, but it’s also available as a standalone service.

According to the Data Liberation blog, “Google Takeout lets you take your data out of multiple Google products in one fell swoop. Moreover, you’ll find that all your data is in portable and open formats‚ so it’s easy to import to other services quickly.”

And here is a little bit more from Google’s VP of Product, Brad Horowitz, taken from our original video session with Brad a few weeks ago (see additional video from Brad and related blog post here).

The bottom line: Google Takeout™ allows you to export data from many Google products and other data (+1s, Buzz, Contacts and Circles, Picasa Web Albums and your Google Profile) in one easy download.

The recipe for Google Takeout™ is this simple:

That’s really all there is to it.

Contacts are organized consistently with however you set up your Circles and stored as .vcf cards. Picasa Albums mirror how you set them up by Album Name or Post Date. Everything you’ve published to your Google+ stream is archived as HTML pages (including images and comments).

I could have – and maybe should have – stopped this post right here and had as the sole purpose of the post just a whimsical little informative bit about Takeout™.

But I decided not to, because I think there is a far more interesting topic to be discussed that is hidden just below the surface of the original issue.

Said a little differently, is data portability REALLY the issue here? Or is there a larger, more nuanced motive behind Google’s desire to be seen as the “Liberators of Data?”

Here’s how TechCrunch said it:

Data portability is a big battleground between Google and Facebook. And Google is winning right now with Takeout in terms of paying more than lip service to the concept. Facebook also allows you to download a zip file of your photos, friend lists, messages, and wall posts, but it is not in a format third party sites can use. So it’s not really free. Not that 99 percent of people would ever even want to do any of this. But…if you know you can take your data out, you might feel more comfortable about putting it in.

Further, a little over a month ago, Google CEO Larry Page said this:

Google as a company believes in users owning their data and being able to easily more it out of Google. Some of our competitors don’t believe that. We think users will eventually move to services that are in their best interests and that work really well for them.

That last line says it all: “We think users will eventually move to services that are in their best interests and that work really well for them.” That’s pretty direct, don’t you think?

Not that data portability is not important. I think it IS important, and will likely become even more important in the future as people build up larger and more valuable bodies of content on the Facebooks and Google Pluses and whatever Social sites comes next of the future internet.

But the real issue here is the long-haul fight for dominance in the multi-billion-dollar business of Social Networking.

Today, Facebook remains firmly entrenched as Godzilla, the voracious beast at the top of the Social Networking food chain. No reasonably knowledgeable person would dispute that at this point. 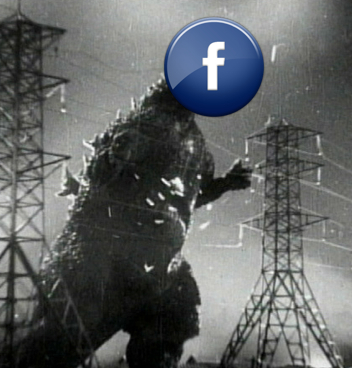 But Google Plus has exploded out of the gate (as Horowitz said in our original post, “We were not expecting to grow this fast…”), and it is gaining more momentum, respect and credibility with each passing day.

With every little maneuver in which G+ can differentiate and distance itself from Facebookzilla, it creates the opportunity to gain even more momentum, respect and credibility.

There is a long, long way to go in this nascent story. But it’s already more interesting than I thought it we be so early in the telling of that story.

And as a user and lover of both Facebook and G+, I find all of this exciting. I cannot wait to see how this battle plays out over the next few years.

All this blogging and speculating is making me hungry…what sounds good? Takeout!