I was recently in a debate about the lack of innovation in the tablet industry. The feeling was that apart from “spec bumps” (improved specifications), there really wasn’t anything that new and breathtaking.

Sure, the “new” iPad screen is a first in high pixel density on tablets, but we all saw it coming, and most other hardware makers are already lining up with screens that are just as good if not better.

With Apple’s giant marketing machine, a very innovative product is getting overshadowed. 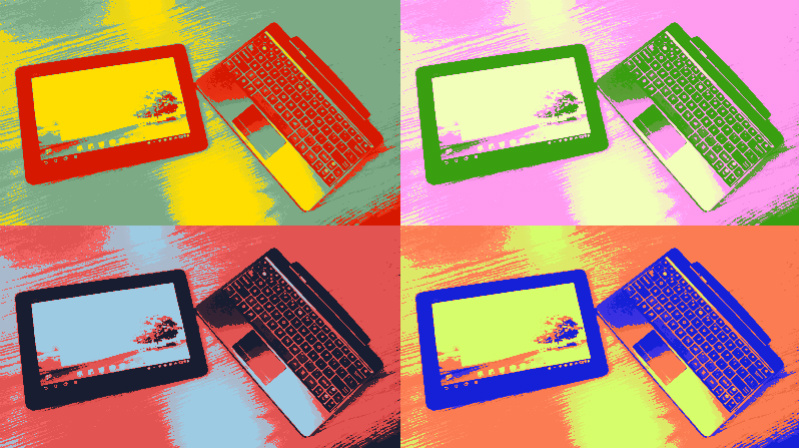 Now a preface: I’m not against Apple, and though I often profess my love of Android, I’m not a fan boy. I’m simply a geek with needs that surpass the ability to watch Netflix or play a round of Angry Birds.

I stood in line for the iPhone and the iPhone 3G and at that time they were amazing, but I constantly ran into walls that made me wish the iPhone could do more. That is when I finally found Android, which opened up a world of possibilities. You would think I would learn my lesson, but I fell for the marketing and ended up standing in line for the iPad 2.

My hopes were that it could replace a large chunk of my computer use to the point that I no longer had to lug my laptop with me everywhere I went. Sadly, I was mistaken, and the only thing I would use it for was Facebook, games, and watching Netflix.

I gave it my all, downloading a variety of productivity apps, and I tried to integrate it in everything I did. But after hitting wall after wall, my iPad 2 now sits to the side of my computer.

I was about to give up hope on tablets as real tools, until the Asus Transformer Prime was announced. From my first scan of the specs, to seeing some unboxing videos, I was in love.

I was asked to write about the device a couple months ago, but I didn’t want to fall into the same pitfalls that most reviewers do: They get a device in their hands, they tinker a bit and try to write a grand review, but most of the time are way off because they never learn or integrate with the product.

Products now are built to be personal, and a few days of pressing buttons just doesn’t suffice. So after a couple of solid months using the Asus Transformer Prime, I’m happy to announce that this is, in fact, the tablet I’ve always dreamed of owning.

1. The specs. The Transformer Prime is the first tablet to have Nvidia’s Tegra 3 quad-core processor (really it has five cores, with the fifth being for lower-power tasks to save battery, such as active standby, music and video). This processor is fast! I’m able to zip around, and the only lag I get is from a slow Internet connection at the coffee shop.

This processor allows for 1080-pixel, high-definition video playback, as well as some great 3-D games that really utilize the special effects it can dish out. It also comes with 32 gigabytes or 64 gigabytes of internal storage, depending on your needs.

If you find out later you need more storage, then rest assured that you can easily expand with the MicroSD Card Reader.

And if you still need more, Asus also throws in an extra 8 gigabytes of lifetime cloud storage on top of that. To fill that up, you can take pictures and videos with the 8-megapixel autofocus camera, which also features an LED flash (complete with a back-illuminated CMOS sensor and larger aperture design for very clear shots), or the front-facing 1.2-megapixel camera, perfect for video conferencing.

When looking at your videos and pictures, you’ll be able to do so on its stunning 1280-by-800-pixel resolution, 10-finger, multitouch Super IPS Plus display, which is protected by Corning Gorilla Glass.

And if you put your nose up at the resolution, just wait as Asus is already releasing a “new” Transformer Prime that is estimated to increase that to a stunning 1920-by-1200 pixels, still in the 10.1-inch screen size. And once you are ready to present, it also comes with a standardized micro-HDMI (high-definition multimedia interface) cord, so no special expensive adapter is needed.

2. Keyboard dock. You are probably wondering: “Great specs and all, but what is so innovative about the Transformer Prime?” The keyboard dock. With a solid “Click!” the dock converts your tablet into a fully functional netbook-like computer. 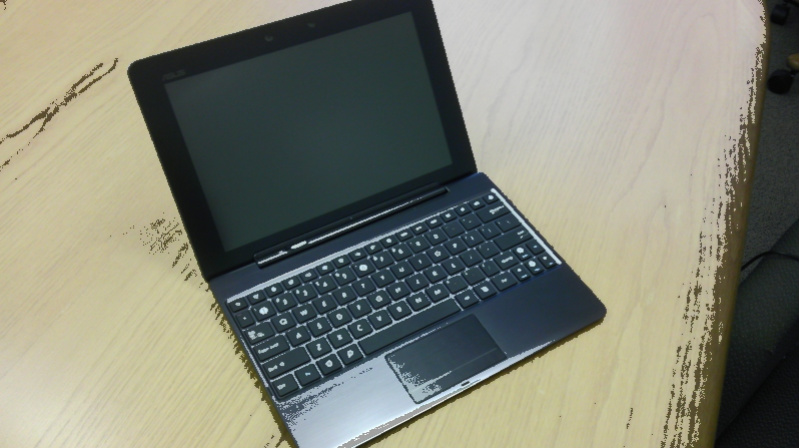 The build quality on both the tablet and the dock is so beautiful and solid that when you put them together people won’t realize that you are using a tablet. Once clicked, you can fold it together and it also acts as a screen protector. To take it apart, simply slide the lock to open and pull the tablet up.

At first, a lot of commenters suggested this was a gimmick. But this is what transformed my tablet from being just a “toy” into something I can get work done with.

The keys are solid and springy, with just enough room to allow me quick and easy typing without very many errors. It also comes completed with a trackpad, which makes things like text selection much easier.

I often use it just to keep my screen clear of smudgy fingerprints. It fully recognizes multitouch gestures and has left and right mouse “clicks” built in, which is immensely handy when I’m accessing my desktop computer remotely.

On the top row of the keyboard are a lot of functional keys to change volume or brightness, quickly turn off the trackpad to prevent accidental clicks when typing. And if it wasn’t enough to have a great keyboard for those long documents and emails, the keyboard dock also comes with several bonuses, the first of which is that it adds six hours of battery, rather than draining it as with Bluetooth keyboards.

And when it comes to charging, you can charge each separately, or you can hook the tablet to the keyboard and charge them both using one charger.

3. Ice Cream Sandwich. All this great hardware would be nothing without great software, and with the Android operating system’s newest release, Ice Cream Sandwich, the features and functionality leaves Apple’s iOS in the dust.

My biggest complaint with iOS has always been that I cannot really access and manage my stuff. I take some pictures, but I can’t organize those pictures into folders, and the constant need to sync drove me crazy. 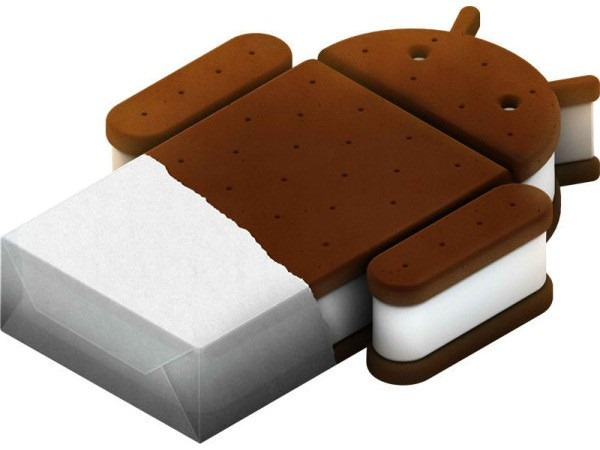 Android gives you the power to control your device. Yes, this makes it less user-friendly, so children and grandparents might have more difficulty using it, but the plus side is that it gives you a lot of power. You probably noticed that the displays on Android devices rarely look the same, and that is because users can customize and tailor the operating system to their every need.

If you are a traveler, for instance, you can have a world clock and a weather widget keeping you updated everywhere you go. Or maybe you are big into social media, so you have all your favorite sites ticking updates to you on your home screen.

Want to change an alarm sound or a ring tone, or have an animated background image? No problem. There are tons of places to get just about anything you desire for free.

4. Software. Typically, when you buy a new computing device the hardware makers like to preload it with their own software. Sometimes that’s good, but most of the time you just want to remove it because hardware makers rarely understand good software.

With the Transformer Prime, Asus actually gives you many great tools by default. The keyboard, for instance, allows for Skype-like typing when in tablet mode.

The integrated file browser is easy to use and very functional, and the “ES File Explorer” allows you to brose your machine and also various forms of cloud storage.

The company also gives you the tools to access Asus Cloud Storage, a good note-taking tool called Super Note, a tool to stream video and music, another for baking up your apps, and, aided by Ice Cream Sandwich, the best calendar and email programs I’ve used on a mobile device.

One of my biggest fears about leaving the iPad 2: all the apps and games that I enjoyed. I’m thrilled to say that not only did I find everything on Android, but most of them I purchased for a lot less or downloaded for free thanks to great specials in the Android Market and the Amazon Appstore.

So if you are like me — hoping that a tablet could be more like a computer when you need it to be and a tablet at other times — I highly recommend checking out the Asus Transformer Prime. It converted both myself and a coworker of mine over, and both of us feel the same way: best tablet ever!

Note: This article was written entirely on the Asus Transformer Prime.