by Inman Next
You successfully shared the article.
Close

Zillow CEO Spencer Rascoff has been selected as one of LinkedIn’s first “influencers.”

The LinkedIn influencer program allows LinkedIn users to follow the feeds of a hand-picked group of fellow users, including Barack Obama, Mitt Romney and Richard Branson, among more than 150 others.  Rascoff joined the program on Oct. 16.

Before the program launched on Oct. 2, LinkedIn users could follow news by companies, industries and groups, but not individuals. 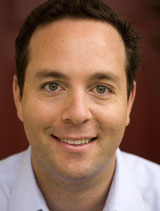 Rascoff  — who will be a speaker at Real Estate Connect New York City in January —  is one of three leaders in the program from the real estate world. Heather Elias, the director of social business practice for the National Association of Realtors, and John Burns, CEO and owner of John Burns Real Estate Consulting, are the other two.

After choosing which LinkedIn influencers to follow from this list of influencers at LinkedIn, users will see their chosen influencers’ public posts show up in the news feed on their LinkedIn home page.

Rascoff’s first post, titled “Negotiating Your Own Compensation,” appeared below a Flickr-sourced photo of an alien in a suit, and gave advice to employees for the best ways to navigate the sometimes-awkward waters of salary negotiations.

In coming months, LinkedIn has plans to expand the “influencer” program to include professionals who have more of a niche influence in specific industries and subjects, according to a blog post by the company. There are also plans for the program to support slide shows and video, the company said.

Those interested in participating in LinkedIn’s program can apply here.

LinkedIn claims to have the world’s largest Internet-based professional network with more than 175 million members in more than 200 countries and territories.