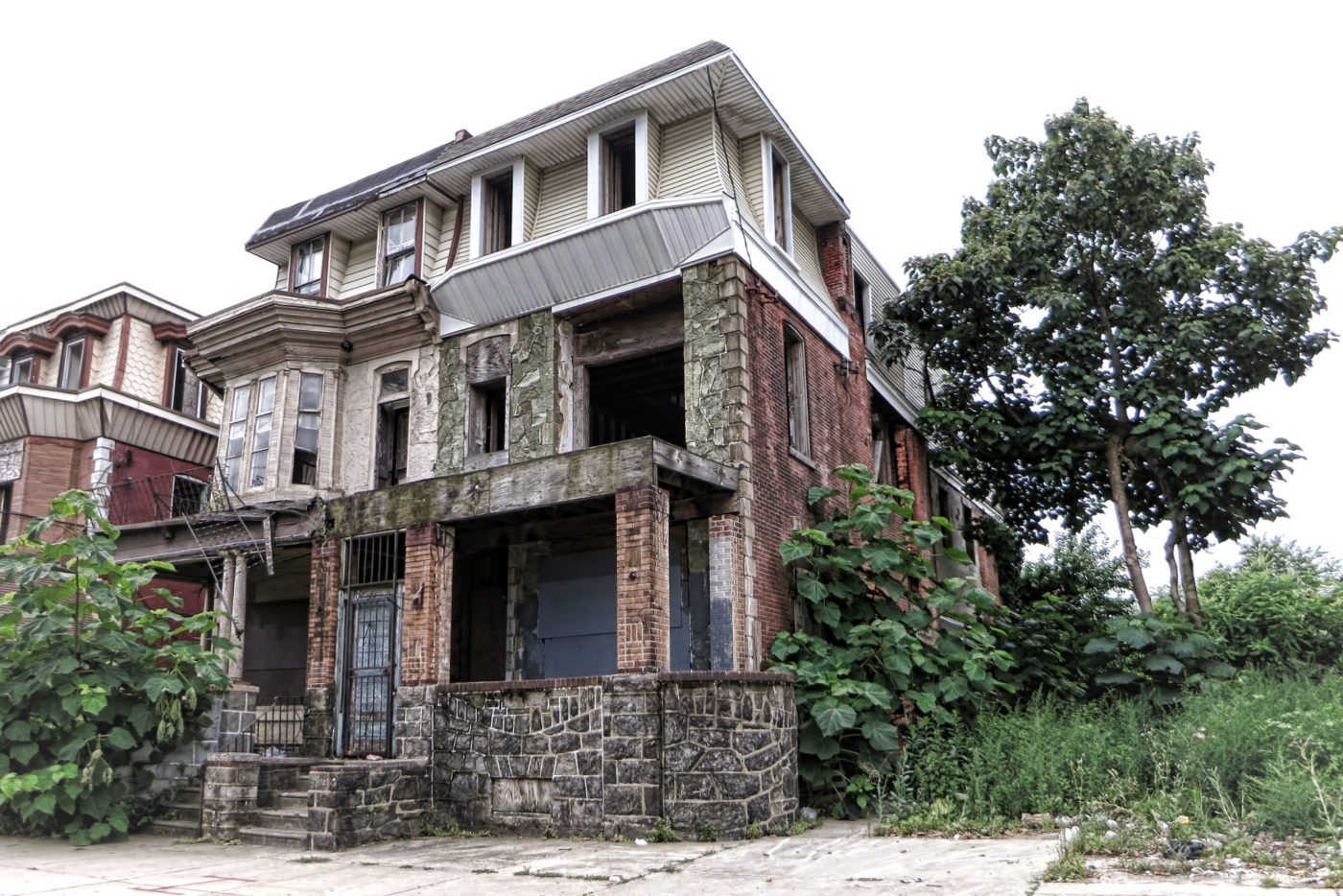 It was a typical balmy Southern California afternoon when veteran agent Stephanie Janeshak of Tarbell Realtors in Corona stopped by a modest-sized foreclosed home to give it a preview before showing it to one of her clients.

She had toured dozens of vacant properties before and was comfortable with the task — so much so that she brought her 2-year-old toddler with her because a babysitter wasn’t available.

The front of the home was in fairly decent shape, Janeshak recalls, so she retrieved the keys from the lockbox on the door and walked in. The kitchen looked OK, and so did the living room; there were no broken windows or graffiti on the walls, two tell-tale signs that the home might be occupied by squatters or drug dealers.

And then, she opened the door to the bedroom.

“Sitting on a mattress on the floor was a scruffy guy, who looked like he was drunk or on drugs,” Janeshak said. “He had a milk crate in there with a small TV on it, and even a small refrigerator. There was a cord going out the window, so I guess he was ‘stealing’ electricity from the neighbors.”

A thousand thoughts raced through the Realtor’s mind as the startled squatter stared at her through his glassy eyes. Is he going to attack me? Is he armed with something? Should I scream?

What about my daughter?

“I said something like, ‘I’m sorry to disturb you, I didn’t know that you were here,” she remembers. “I’m just a Realtor, and I’m going to go now.'”

Janeshak gripped her daughter’s tiny hand even tighter, made an abrupt about-face, and briskly walked out the front door to safety.

“The guy didn’t do anything to us, and didn’t try to follow us,” she said. “Maybe it was because he was as startled as I was, or maybe because he was too drunk or high.

“The whole thing was scary, but it could have turned out a lot worse,” Janeshak said. “I was very fortunate that day.”

In Austin, Texas, police believe a man broke into a vacant condo last year with the intention of luring a Realtor to the property. When the agent arrived at the condo, she found an inflatable mattress police believe was placed there by somebody attempting to stage a sexual assault, a local television station reported.

Others who have shown houses that were vacant due to a foreclosure or other reason haven’t been as lucky.

Like a Realtor in Suitland, Md., who was sexually assaulted when she entered the basement of a vacant home she was previewing in March.

Or Vivian Martin and Andrew VonStein, two Ohio Realtors who were slain within 24 hours of each other in unrelated tragedies in September 2010. Both were killed in unoccupied homes by men posing as potential buyers.

Such incidents help to explain why a staggering 56 percent of the 450-plus real estate pros surveyed last year by Moby, a high-tech firm that develops GPS-based tracking and life-safety software, said they most often feel unsafe when they are viewing empty homes.

“There are always potential dangers when showing or previewing any type of property, but vacant homes pose some unique risks,” said Matt Lombardi, a NAR vice president who helps to manage the trade group’s National Safety Program.

“You never know if you’re going to encounter drug users, prostitutes, squatters, or even the original homeowner who’s still living there and is angry that he and his family are about to get kicked out by the bank.”

To be sure, Lombardi said, the same basic safety tips that all agents should follow when showing an occupied home — such as getting a potential client’s contact information and photo ID, using the “buddy system” and staying in frequent contact with the office while working in the field — also apply to agents who are visiting an empty house.

Yet, there are additional precautions that Realtors should take if the home is vacant.

“For starters, walk around the entire perimeter of the house to see if there are any signs that someone may be in there,” said Andrew L. Wooten, the Jacksonville, Fla.-based security expert who also holds quarterly safety webinars for NAR.

“That means that you’ll have to visit in daylight hours, because visiting at night is just too dangerous — especially if the lights are out because the electricity has been shut off.”

Common signs that the home may be occupied by squatters, or worse, include doors that are unlocked or are already open, Wooten said. So are wood pallets or cardboard boxes that may be leaning against exterior walls, either of which can be used to climb through a window.

Electrical extension cords that lead out of the property and into the neighbor’s is another sign that an uninvited visitor may be present and has tapped into a power source next door.

“If you suspect that someone may be inside, leave the property immediately and call the police. Ask them to check the property and clear out anyone who might be there before you decide to enter,” said Robert Siciliano, the CEO of Boston-based realtysecurity.com., which offers courses to real estate groups across the nation.

Agents shouldn’t let their guard down once they enter the property. Graffiti on interior walls, lots of fast-food wrappers or other trash, or blankets that are scattered about are just a few of the signs that at least one uninvited guest has probably been there — and might still be inside.

If you decide to continue the tour, first take out your cell phone and call your office to say that you have arrived at your destination and give its address.

“Speak loud enough so anyone else who might be in the house will hear you, so they’ll know that others are aware of where you are,” said Wooten. “You might also want to say something like, ‘The seller’s Realtor will be here any minute’ — especially if you’re working alone — so someone who might be in a different room will assume that another person is on the way.”

Next, hover near the front door and glance around the home as best you can to mentally map out an “escape route” or two in case you run into trouble, security experts say. It’s usually best to unlock all of the home’s deadbolts so you won’t have to fumble with a lock and key if you must flee, although some safety specialists caution that unlocked doors also make it easier for a stranger who sees you enter the vacant property to then sneak inside and rob or attack you.

What should you do if you have taken all of these precautions, but still come face to face with a squatter or other stranger? “It might be difficult, but take a depth breath and stay as calm as you can,” Wooten advises.

“Say as little as possible. You might just want to say that you’re merely an agent, quickly apologize for the ‘disturbance,’ and say that you will leave immediately. Then get out of the house, jump in your car, and call the police as soon as you are a safe distance away.”

If the intruder is more aggressive and demands money or other valuables, Wooten said, “Just give it to him and get out. Your safety is more important than your wallet or your watch.”

With the number of foreclosures near record highs, Realtors today are also encountering another type of “squatter” — owners who are about to lose their home because they haven’t made their mortgage payments in months, or have already lost title through a foreclosure sale but are still living in the property.

“People who have lived in the same home for years usually have a strong emotional attachment to it, so they’ll often get emotional when the doorbell rings and find a Realtor who wants to view their property with the hope of selling it,” said Siciliano.

“Most of the time, they don’t pose any physical threat,” he said. “But in a way, you can’t really blame them if they refuse to let you in, or if they have a few choice words for you before they order that you ‘get off the damn porch.'”

Siciliano said that agents who find themselves in this position shouldn’t try to explain to the occupant why he has to move out, or why he may even have the legal obligation to let the agent in. “It’s usually just a waste of breath, or could escalate the situation.”

Once again, he said, the salesperson should just turn around and walk away. But rather than calling the police or sheriff, call the lender or listing agent instead to tell them what happened.

“Lenders are so backlogged with foreclosures right now that they might not even know that the original owners are still in there, and the cops can’t remove them until they have all the necessary paperwork in hand.”

Here are some other tips that experts say could keep you safe when showing a vacant property, foreclosure or REO:

Type the word safety in the search box of NAR’s home page and you’ll get links to dozens of safety-related stories and checklists. The trade group also offers a training program that leads to certification as a “short sales and foreclosure resource,” or SFR, which touches upon various safety issues and can hone your overall skills in this fast-growing part of today’s market.

Never underestimate the value of working with a buddy

It’s always best to visit a vacant home with a fellow agent, or at least a friend or relative. As an alternative, a small but growing number of Realtors bring along a trained safety dog: Such a canine could literally save your life if you run into a dangerous situation.

Take a self-defense course, and maybe even “weaponize”

Many local boards and some individual brokerages offer self-defense courses for free, or have agreements with local firms that offer discounts to agents. Most security experts frown upon the idea of toting around a pistol, but some say it’s wise to carry a can of pepper spray or an electronic taser — provided that you have been trained to properly use it.

Use a mobile app

Several mobile applications for smartphones, some of which are designed especially for realty professionals, are now available at little or no cost. Their capabilities vary, ranging from instantly (but discreetly) alerting others when you’re feeling threatened to automatically accessing your GPS coordinates and sending them to police or others. Popular apps include Moby (mymoby.com), SafeTREC (safetrec.com) Real Alert (realalertapp.com) and Predator Alert App (formerly called Icepics, predatoralertapp.com).

Of course, perhaps the most important safety tip to follow — whether showing or previewing a vacant home, or even one that is occupied — is to follow your “sixth sense.”

“If you’re at a property and something seems wrong or out of place, get out of there immediately,” said security expert Wooten.

“Using all the new technology or even carrying a weapon can help you get out of a dangerous situation, but taking some basic safety precautions and following your ‘gut instincts’ can help you to avoid getting into trouble in the first place.”

David Myers is a nationally syndicated real estate writer based in California.