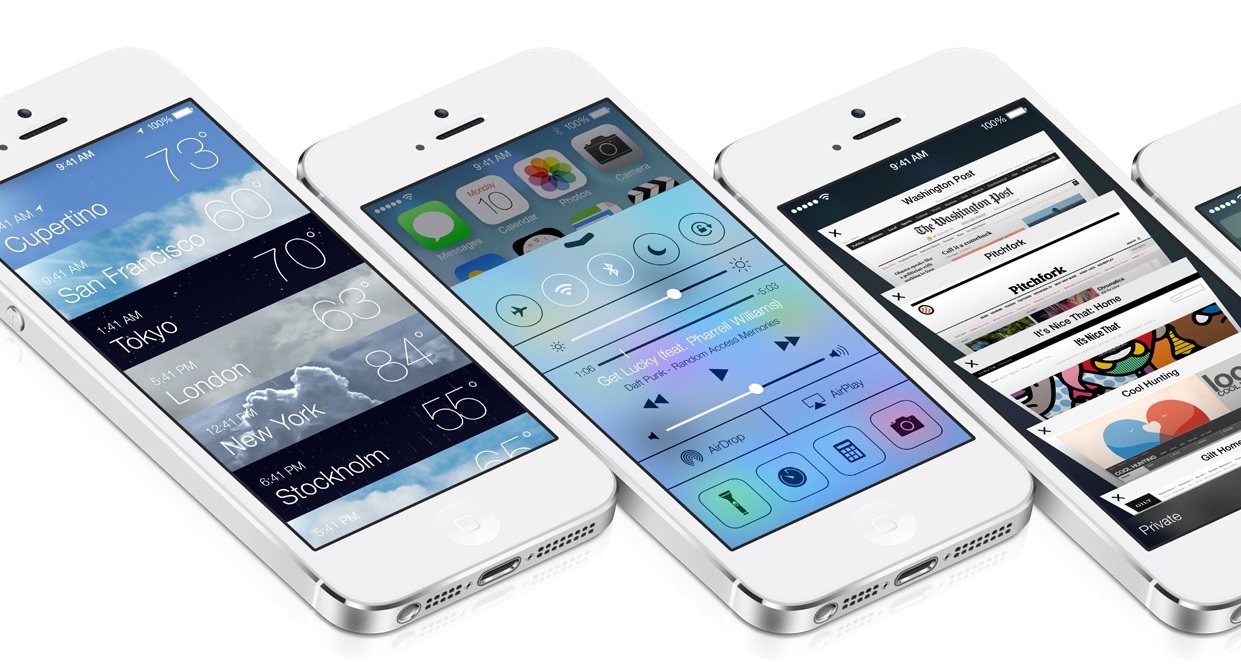 by Tom Flanagan |
You successfully shared the article.
Close

In my last article (Google ups the ante with new products, updates) I broke down the updated product line announced at the annual Google I/O event. Despite a super long program and a couple of awkward moments with Google’s co-founder and CEO, Larry Page, the event was well executed and demonstrated the company’s commitment to focus and innovate.

Apple got its turn this week. The company kicked off its annual Worldwide Developers Conference (WWDC) and unveiled a plethora of new products including new operating systems for both mobile and desktop. Let’s jump right in and take a look at some of the key announcements and what they mean for real estate pros.

The keynote opened with a short, animated video that emphasized Apple’s high-tech, high-touch approach to designing products. This was a common theme throughout the event.

Although Android has certainly pulled away in terms of market share, Cook discussed version fragmentation, claiming one-third of Android users still utilize a 2010 version of the operating system, which isn’t particularly advantageous for developers. That’s also worth noting if you have developed a real estate-related app for the platform.

Apple’s new mobile operating system, iOS 7, was certainly the most notable product announced at the event.

“It is the biggest change to iOS since the introduction of the iPhone,” Cook said.

Jony Ive, senior vice president of design, introduced the new update in a video that delighted the audience. IOS 7 features a new design based on a grid system, layers, a new color palette and new icons. It is also worth noting that Apple’s often criticized, skeuomorphic design philosophy has been retired.

Tech writer and Daring Fireball Publisher John Gruber wrote: “No one has questioned whether Jony Ive can lead a hardware design team. Whether he could lead a software design team, however, has been the biggest question facing Apple over the last eight months.”

Gruber thinks “it might be the biggest question facing Apple, ever, because it’s another way of asking whether the company could produce innovative software without you-know-who at the helm of the ship. Today, we have our answer, and it is a resounding yes. Jony Ive can lead a software team.”

IOS 7 is a completely new direction for Apple, and Ive set out to make the OS instantly familiar. However, real estate pros can expect new native apps such as Safari, mail, calendar, photos and weather.

For the most part, these changes are pretty slick and are a welcomed addition. Some of the new features will be familiar to users, particularly the gestures in the revamped mail app, which are reminiscent of the third-party email app, Mailbox.

IOS 7 also includes a helpful new feature called “Control Center,” which is a translucent area that gives you control over apps and additional settings. A full-release of iOS 7 will be available this fall. You can learn about the new features here.

The other big announcement was the next generation of Apple’s desktop operating system, Mac OS X. Apple has retired the “cat theme” and transitioned to a California theme for its OS naming convention. The new OS is entitled “Mavericks” and sports a ton of new features.

One of the most intriguing new features of Mavericks is Apple Maps. Maps are now available on the desktop and include new features that could be valuable to Realtors, particularly the “Send to iOS” module. Send to iOS enables users to plot directions on your desktop and send the turn-by-turn directions directly to your iPhone — a super useful feature. The revamped Maps app also includes the 3-D Flyover mode, similar to the new Google Maps.

Apple also added deeper support for multiple screen displays. If you are like me and have an extended screen with multiple displays, this is a fantastic upgrade. As Apple notes on its website, “There’s no longer a primary or secondary display — now each has its own menu bar, and the Dock is available on whichever screen you’re working on. You can have multiple app windows running on either display.”

Personally, I cannot wait for this feature. Mavericks will be available to everyone this fall. However, no pricing has been set. You can learn more about the new features here.

Apple also introduced iWork for iCloud, which has been a long time coming. IWork for iCloud brings Keynote, Numbers and Pages directly to the Web browser. Previously you could only sync and store these projects in the cloud. Now, you have full control to create and edit on the Web.

The application supports Safari, Chrome and Internet Explorer, meaning Microsoft Windows users will be able to utilize the software suite for the first time. In fact, the announcement was demonstrated on a Windows 8 machine. For Realtors who utilize Keynote for listing presentations, iWork for iCloud should add greater flexibility.

A new line of MacBook Air’s and a newfangled MacPro were introduced as well. The new MacPro showcases a pretty innovative design that prompted Philip Schiller, Apple’s senior vice president of worldwide marketing, to declare, “Can’t innovate any more my ass.”

Cook closed out the WWDC by reiterating Apple’s goal of creating great products that enrich people lives. Although Apple and Google are two extremely different companies with different goals and strategies, both the WWDC and I/O events proved that both companies continue to innovate and develop great products for both consumers and professionals.

Google ups the ante with new products, updates
Back to top
Inmanpot