Editor’s note: This is the second of a two-part series. See Part 1.

Sometimes you do everything right and you still end up in litigation or losing your commission. Attorneys thrive on the fact that it is often cheaper to settle rather than to defend a frivolous lawsuit. On the other hand, sometimes the suit is justified even when you did nothing wrong.

As I mentioned in Part 1, I have had several cases where I was involved in litigation. I did absolutely nothing wrong (and have never lost a case) and yet still ended up getting stuck with fees, lost commissions, and errors and omissions insurance deductibles.

Get it in writing — even if it’s your mother!

I was teaching in Woodland Hills (in Los Angeles’ San Fernando Valley) but my real estate business was on the Westside. One of my colleagues wanted to sell his home. I referred him to a highly respected agent in our Woodland Hills office. We agreed on a 20 percent referral fee.

The property closed, but there was no check. When I called the agent’s office and asked for him, I was told he wasn’t in. I finally was so frustrated that I went to his office manager to find out what was going on.

His first question was, “Did you have a written referral fee agreement.” I said, “No, I trusted this man. He was with our company and I expected he would do the right thing.”

The manager then told me the following: “I’m sorry, but there’s nothing I can do. He was killed in a car accident and all of his commissions and other assets are tied up in probate court.”

Moral of the story: Never do any referral agreement, partnership agreement or anything else, even if it’s with a family member, unless you have put it in writing.

That woman stole my property from me!

The first year I was in the business, I sold a duplex. The listing agent was 20 years old. Three days prior to closing, I received a call from a woman telling me that the seller had stolen her property from her and that she could not rightfully sell it to my buyer. I checked with my broker as well as with the title company. The title company said the paperwork and deeds were in order and that they were prepared to issue a title insurance policy.

The transaction closed; however, the title officer missed the lis pendens that had been filed by the caller’s attorney. There was apparently some sort of fraud involved and the title company goofed.

Because we closed the transaction, the attorney for the woman who claimed to be the rightful owner added our names to the lawsuit. Unfortunately, the broker I was with was brand-new and neither of us had an errors and omissions policy. Even worse, the young listing agent was out riding his bike, got hit by a car and died.

In all the years I have been in the business, this is the only occasion where I have seen a title company that had to unwind an entire deal. Here’s how the process works:

First, because the title company missed the lis pendens, it was on the hook for paying any fees tied to error. The title company and the lender moved immediately to get the case thrown out.

The judge found that there was sufficient cause to allow the case to move forward. Apparently the former seller was none too bright and agreed to what she thought was a loan secured by her property, not an actual conveyance. The woman had actually signed the deeds. There was no doubt about that. Nevertheless, there were a number of other issues that needed to be resolved in court.

At this point, there was a cloud on the title that could take several years to resolve unless the parties settled out of court.

In case you’re wondering why there are both “seller’s policies” and “lender’s policies” of title insurance, here’s what happened:

The seller’s policy that insures the buyer’s chain of title kicked in to refund the entire amount of my buyer’s down payment, all her fees and any other expenses associated with her purchase.

The lender’s policy refunded the entire amount of the loan to the lender, as well as all the fees associated with closing the loan.

The brokers had to refund the entire amount of the commissions.

What really irked me, however, was that the title company was the one that made the error. It took several months for the judge to release the brokers from the lawsuit. Nevertheless, even though we had done nothing wrong, my broker and I were still out the money for our attorney’s fees.

The next time you feel like groaning over your errors and omissions fees or complaining about the fact that you have to pay for a title policy when you sell or purchase, just keep in mind that you can do nothing wrong and still get sued. 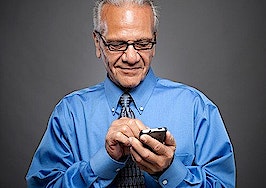 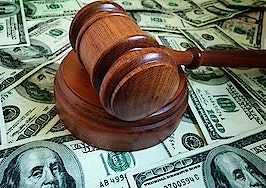 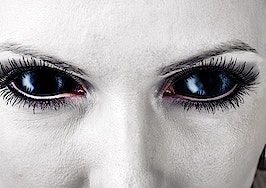 Pardon me, but do you speak digital?
Back to top
Only 3 days left to register for Inman Connect Las Vegas before prices go up! Don't miss the premier event for real estate pros.Register Now ×
Limited Time Offer: Get 1 year of Inman Select for $199SUBSCRIBE×
Inmanpot
Log in
If you created your account with Google or Facebook
Don't have an account?
Create an Account
Forgot your password?
No Problem