The managing director of data analytics at the National Association of Realtors says that Twitter is “where I share the most, and more importantly, it’s where I listen to the industry the most … You just have to know who to listen to.”

Average number of posts per day: Six to seven 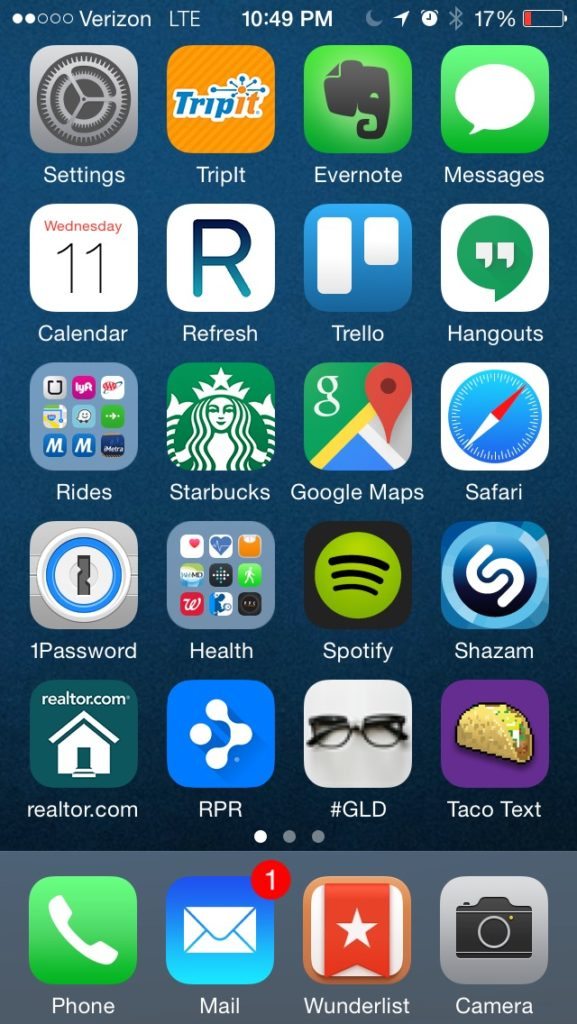 Definitely Twitter. It’s where I share the most, and more importantly, it’s where I listen to the industry the most. Anything that’s happening in the real estate industry will show up on Twitter. You just have to know who to listen to.

How many friends, likes, etc., do you have?

I have 17,000 followers on Twitter. I imagine that works out to several hundred real people. ;) I have about 10,00 connections on LinkedIn and around 500 Facebook friends. Because I use Facebook and LinkedIn to develop deeper relationships with people, I try to limit the total number of people I connect to on those networks. If we haven’t broken bread together, it’s not likely that we are going to be Facebook friends.

The number of influential decision-makers I can connect to matters to me. That number isn’t reflected in any social media counts. In addition, more isn’t necessarily better. It’s more of a challenge to me to limit my Facebook connections than it is to grow my Twitter following.

Every dime of income I have earned in the last decade can be linked to connections I created or fostered through social media. So … yes. I once attended a dinner with some industry heavyweights where we talked about the power of relationships. One well-known CEO remarked that “relationships are everything.” Another corrected her by saying, “No, relationships are the only thing.” Social media is merely the online extension of this industry’s time-honored practice of relationship building.

My goal with Twitter is to be valued as an insightful resource of information that affects real estate industry decision-makers.

I post interesting stuff. It doesn’t have to be mine.

Is it worth it, why?

Over the years, hundreds of real estate professionals have reached out to me to let me know how much they value my insights. It’s helped me establish my voice in the industry.

My wife and I once had the opportunity to meet a famous sports personality-turned-Realtor at a charity event. Within about 30 seconds, he realized that he had come to see me speak about social media at a conference. “I know you!” My wife just rolled her eyes.

Writing. Not just a tweet or a Facebook post. Serious writing about a topic. When I was working as an independent consultant, I once wrote a report on the competitive advantages certain real estate portals were creating. That report was referenced and shared thousands of times. If you take the time to dig into a topic that no one else has thought to cover, you can establish yourself as an expert.

Social is relationships. Relationships are business. When a Realtor goes to a softball game, they have to be prepared for the event to turn into a business opportunity. There is no line between the two.

How do you monitor the channel, push notifications, email? Do you use software/apps to manage your account, which ones?

Ninety percent of my listening is done by following a private Twitter list of about 80 people in the industry who tend to chime in on trending topics. I call the list, “Big Talkers.”

Dozens of times during the day. Mostly for less than two minutes at a time. At night, I often spend an hour or more. When other people are watching TV, I’d rather be surfing on Instagram.

Yes, but I don’t find it to be as easy. I force myself to go to networking events. Sometimes, I have to paint a smile on my face. I would rather sit in the corner, but real connections don’t happen that way.

Before social media? I watched a lot of hockey, paid way too much attention to politics, and nerded out on car stuff.

I use my influence on social to open doors. It’s a starting point toward building a more formal relationship with people I want to influence “in real life.”

Yes, I have an editor who proofs my blog posts. I’m a terrible speller.

I follow @mortgagereports because he’s the top mind in the mortgage world. I follow @DavidHStevens because he’s a great example of how a CEO can use social media, and an expert on housing in general. I follow @Mizzle because she is crazy smart, and @BillLublin because of his great wisdom. Some other housing experts I follow include @JonathanMiller, @NickTimiraos, @MicheleSerro and @RussCofano. I also follow @GSElevator, @chrissyteigen and @dansinker …  just because.

Over half of my content comes from other people sharing it. Following other smart people is the key to finding great content.

I never really paid attention to those stats. If the article gets shared with five people I want to influence instead of 5,000 who can’t really help me, that’s fine with me. While I was working independently, I wrote an article on Realtor influence. It was a defense of the quiet work that NAR does on Capitol Hill. While the article received quite a few social shares, it was the private correspondence from a few influential industry leaders that was most gratifying to me.

Are you a social media all-star who’d like to participate in our profile series? Email amber@inman.com.