by Greg Eckler
Share this article
You successfully shared the article.
Close

As I’m anxiously waiting for the quarter to end and closing data to be tallied, I’m pondering what is happening to our market and how we got here. The past few years have seen steady growth, but the first quarter of this year is out of control, and I think the Broncos are to blame.

Why would such a beloved team make the lives of buyers, some potential sellers and real estate agents so difficult? I doubt the Broncos intended to cause trouble, but I propose the cause and effect is pretty clear.

It started in September — the Broncos were expected to make it to the Super Bowl this year, and anything less would be a letdown. The real estate market was slow in the fall as fans watched in anticipation of the ultimate victory in February.

On Jan. 11, the Broncos played the Colts, and unlike the game earlier in the season, this one ended in a loss. This unexpected blow caused ripples of anger, disappointment and most of all — free time.

It seems that within hours of the loss, a majority of Denver residents whispered five simple but devastating words: “Let’s go buy a house.”

Normally January is my preparation month for the rest of the year, but I felt a wave of clients starting to get prequalified, asking questions and searching for that right home. I dropped my projects and jumped into it with them. Most, if not all, of these clients were buyers. Sellers were talking about selling but not until the snow melted — maybe around March.

As the wave of buyers grabbed anything that could be purchased, other buyers lost the bidding wars and kept trying again the following weekend — only to be unsuccessful again.

As January, February and even March progressed sellers were slowly realizing that selling their home meant moving into an apartment while trying to find a home that didn’t exist. The idea of moving twice didn’t make sense so they decided to wait.

As I write this, I’m not sure what it will take to tackle the Catch-22 and open things up again. The NFL preseason is only five months away so there is hope.

For someone who loves to dig into the data, I can’t prove any of this — it’s nearly impossible to track unsuccessful offers and this would be the data point that would prove demand.

Maybe I’m a conspiracy theorist, and maybe I just need a scapegoat, but something caused these extreme conditions and maybe, just maybe, it was an unsuspecting football team.

Greg Eckler is a former computer programmer who brings a fresh, analytical perspective to real estate. He founded Denver Realty Experts LLC in 2013. 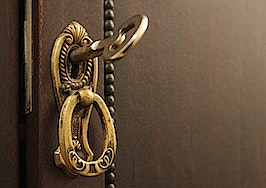 What listing agents can learn from online dating 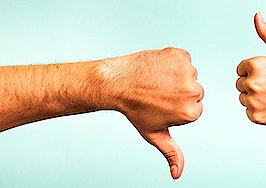 Why honest feedback can trump a glowing testimonial in real estate

How do you measure your success in real estate?
Back to top
Only 3 days left to register for Inman Connect Las Vegas before prices go up! Don't miss the premier event for real estate pros.Register Now ×
Limited Time Offer: Get 1 year of Inman Select for $199SUBSCRIBE×
Inmanpot
Log in
If you created your account with Google or Facebook
Don't have an account?
Create an Account
Forgot your password?
No Problem