Billboards of Zumper's "Break Up with Craig" campaign via blog.zumper.com

The classified super site Craigslist is simple, has been around a long time and doesn’t have a mobile app — but it dominates the real estate rental market, particularly with its rental listings.

Well, several real estate tech companies with a focus on rentals are on the hunt to take down the behemoth.

This spring, San Francisco-based rental firm Zumper launched a consumer marketing campaign in its home market that took square aim at the site. It lit up five large digital billboards in the region and plastered 25 bus shelters in its hometown with ads featuring the phrase: “Break up with Craig.”

Taking down the rental wing of the everything-for-sale-under-the-sun leviathan will likely take a decade, Zumper CEO Anthemos Georgiades told Inman. 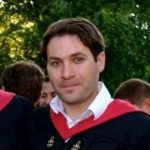 If it comes down, however, Zumper might not be the only one standing over its rental carcass.

One or several of the handful of other massive and not-so-massive firms looking to become king of the rental hill may be holding the spear, including Zillow Group through Zillow, Trulia and its rentals-only site HotPads; RentPath Inc. through its popular rental sites Apartment Guide, Rent.com, rentals.com and its relatively new acquisition, Lovely; realtor.com; CoStar Group, which launched a $100 million consumer marketing campaign, including national TV spots, for its Apartments.com site this year; Dominion Enterprises through its two real estate sites, Homes.com and ForRent.com; and Apartment List.

Craigslist dominates mainly through inventory, which often makes it the go-to site for renters (including this one) when hunting for a new place to live. No other site seems to have the same breadth of inventory.

Both sites, as well as the others above, do a good job of securing listings from the big rental firms, but reaching the hundreds of thousands of mom-and-pop landlords that Georgiades called the “long tail” of the rental market — where Craigslist excels — is tough to do.

“That tail is enormous,” Georgiades said. He estimated there were 43 million rentals in the U.S. 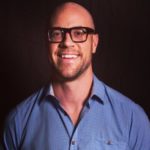 They also shared that satisfying and attracting both renters and landlords in equal measure adds to the challenge of growing a rentals marketplace into a household name.

However, both firms — and many of the other rental tech giants mentioned above — are focused squarely on developing features specific to the future of rentals, including digital applications, digital tenant screening, online payments, vetted listings and a focus on mobile.

Zumper, for example, rolled out a tool in March that allows rental brokers and landlords to run criminal and eviction background checks on potential renters. Like Lovely, it also allows renters to tie credit checks from Experian to their applications, streamlining the applicant-review process for rental pros.

Apartment List raised $21 million recently, in part to solve the site’s inventory issue, Kobs said. It’s focused on beating Craigslist in two areas: ensuring that its listings are accurate and not part of a scam, and a focus on mobile, where the classifieds giant falls arguably short.

Zumper has a focus on the same two things. For example, every landlord who has listings on the site — Zumper averages 1 million unique listings over the course of a month — has been vetted via a conversation with a Zumper rep, Georgiades said.

The new breed of rental sites also offer landlords another service that Craigslist doesn’t: syndication. Zumper allows landlords to feed their listings to Trulia and realtor.com through its platform.

There’s one Craigslist loyalist who’s immune to these tech offerings and marketing campaigns and even a tad pissed.

“F-you no i’m not going to break up with craig,” wrote Eileen Newmark, the wife of Craigslist founder Craig Newmark, in a Facebook comment on a Zumper blog post about its marketing campaign.

Zumper earned Eileen’s forgiveness by updating its digital ads with the caveat “(Except you, Eileen).” 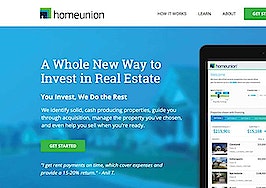 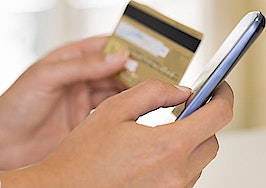 Credit card rent payment app helps startup bag another $9M
Back to top
Hear from Realogy, Pacaso, SERHANT., Spotify, Redfin, Douglas Elliman, and 100+ more leaders at ICNY.Register now×
Limited time: Get 30 days of Inman Select for $5.SUBSCRIBE×
Inmanpot
Log in
If you created your account with Google or Facebook
Don't have an account?
Create an Account
Forgot your password?
No Problem