Broker conversations about data today usually take on a grim tone. That was the case when I recently moderated an industry panel of MLS and broker executives. The topic was the future of organized real estate, and the conversation was filled with worry that we (the broker-centric world) had lost the ability to manage and profit from our data.

Brokers and agents create the bulk of real estate’s valuable data sources, and then promptly give them away. Technology companies use the data, with few rules attached, and drive the majority of their revenue with it. They charge brokers to advertise adjacent to it.

Brokers and agents create the bulk of real estate’s valuable data sources and then give them away.

This sentiment isn’t new, nor is it unique. It’s been around since the first portal website started charging for advertising. The message’s volume has been steadily growing, though. Its simple truths haven’t become any less true.

So when our panel’s conversation moved to the potential of Upstream to right the power structure in the world of real estate data, one would imagine the tone would turn aspirational, hopeful, or determined. It did not. While the concept clearly addressed our biggest concerns and drew significant approval in theory, the outlook was met with skepticism and distrust.

Unfortunately, this wasn’t a rare instance. Many of the industry folks whom I speak with about Project Upstream begin their conversations with wariness. There are well-founded concerns about the ability to bring such a diverse group of real estate companies together to make the project work.

By and large, though, the fears keep coming back to RPR.

Let’s get the bogeyman out of the way: RPR has cost the National Association of Realtors more than $120 million since its inception. That’s about $120 per member over its lifetime.

New annual expenses for RPR are around $22 million. They’re included in members’ dues (the Second Century Initiatives include RPR, HouseLogic, Real Estate Today Radio, .realtor domain, and eProperty data, at a cost of about $25 per member annually).

Maintaining RPR is a significant expense, one which many brokers feel is too large. It was built to be a revenue-producing tool, and it hasn’t become that. Although many Realtors across the country love and use the tool, adoption rates are still far too low.

Lack of access to MLS data in certain markets hamstrings its ability to provide profitable analytics products (its initial revenue model). Border wars between MLSs, brokers and vendors have created a maze of roadblocks to its adoption.

That $120 million is a sunk cost. It’s gone. RPR has been a failure so far as a revenue producer.

But it’s pivoting. We built a powerful tool, not realizing at the time what its most useful application would be: It’s ready to plug in to the data dashboard that brokers have been clamoring for.

The hottest topic at industry conferences is the desire to take back the management of our data. Unfortunately, many of the speakers get gun-shy when the tools are laid out on the table.

The hottest topic at industry conferences is the desire to take back the management of our data.

Ignoring how conspicuously RPR fits in to the model of broker-led real estate data management is playing the small game. Brokers are emotionally scarred by past ventures that didn’t go as expected, but we can’t let that drive us into a perpetual state of stagnation. If there’s one thing we can guarantee, it’s that marketing portals won’t be sitting still.

We must demand that RPR is run efficiently in the future as a facet of Upstream. The $20 million a year price tag is a big ticket, though it pales in comparison to the $50 million quarterly losses that advertising portals are taking on to secure a larger portion of the digital real estate pie.

The opportunity to shift the landscape of the industry’s data management isn’t free. Our leaders have to be aware of past mistakes, but not let them paralyze our will to take strategic risks.

After venting fears about RPR, our industry panel had one final related question:

“Considering that data management is the primary concern we’re voicing at the moment, is downplaying Upstream because of questions about RPR a signal that we’re OK doing nothing? Will we be sitting here next year with the same issues, or worse, if we don’t at least attempt to support Upstream?”

There was no answer. That’s because, frankly, we all knew it was the case. Our industry has many intelligent leaders with legitimate concerns about the path going forward. But the inertia of inaction in real estate is often scarier than the uncertainty of change. 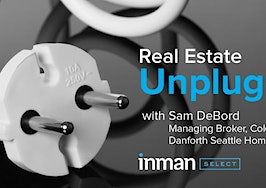 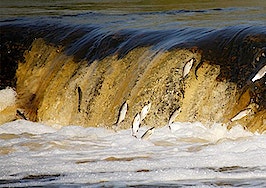 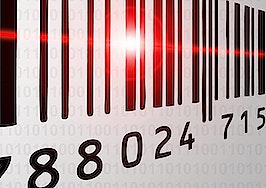 Linking Upstream and RESO with Universal Property IDs
Back to top
Only 3 days left to register for Inman Connect Las Vegas before prices go up! Don't miss the premier event for real estate pros.Register Now ×
Limited Time Offer: Get 1 year of Inman Select for $199SUBSCRIBE×
Inmanpot
Log in
If you created your account with Google or Facebook
Don't have an account?
Create an Account
Forgot your password?
No Problem