Just when every conceivable bell and whistle has been added to condos, DC developers have come up with a new perk for the discriminating buyer: marijuana grow closets. The wine fridge and wet bar era for those who seek a buzz in the comfort of their own home is apparently over.

The wine fridge and wet bar era for those who seek a buzz in the comfort of their own home is apparently over.

Just when every conceivable bell and whistle has been added to condos, Washington, D.C. developers have come up with a new perk for the discriminating buyer: marijuana grow closets.

Thanks in part to the legalization in February of marijuana possession in the District, pot aficionados are thinking up new ways to get into the hyperlocal agriculture business.

The law allows the possession of small amounts of marijuana. Residents over the age of 21 can possess up to two ounces of marijuana, transfer as much as one ounce to another person of the legal age as long as no money changes hands, and can grow up to six marijuana plants.

It is still illegal for D.C. residents to buy and sell marijuana, and Federal law prohibits it as well.

This has sparked developers across The District to plan to include the amenity on new and refurbished units in the future. A cottage industry of companies that sell the equipment to turn homebuyers into gentleman farmers has begun to bud.

Eric Hirshfield, a D.C. developer, told Urban Turf that in a condo building he’d just remodeled in the 500 block of Kenyon Street NW, he was perplexed by an odd closet. Inspiration struck.

Hirshfield had plumbing, a ventilation system and grow lights installed. The grow closet is small enough to accommodate just about six plants, which is the legal limit. To suggestively sell the unit, he placed live herb and tomato plants under the light’s pink glow. He pasted information about Initiative 71, the successful ballot measure that legalized the suggested closet agricultural endeavor, in plain view in the staged closet.

In fact, that suggestive selling netted him another kind of gentleman farmer: buyers who will use the space to grow herbs and tomatoes.

From a practical standpoint, in states where marijuana has become legal, unintended, and dangerous, consequences have resulted from this category of do-it-yourselfers. Since marijuana was legalized in Colorado, more than 100 fires have resulted from home-grown weed cultivation. Hirshfield’s concern for the legality as well as the safety of his buyers is to be commended.

Hirshfield plans on putting grow closets in more units moving forward, putting him on the leading edge of a trend that others are soon sure to follow. 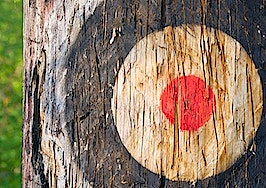 How to identify your target market 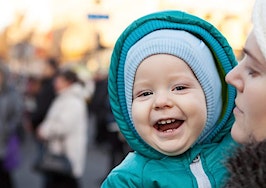 Where are the best places to raise a family in Washington DC? 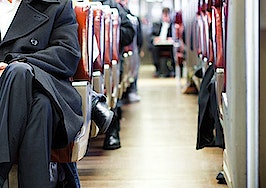 You’re not imagining it: DC commutes getting worse
Back to top
Don’t miss out! Inman Connect Las Vegas starts tomorrow and you can catch all the excitement with a virtual ticket.Register Now×
Limited time: Get 30 days of Inman Select for $5.SUBSCRIBE×
Inmanpot
Log in
If you created your account with Google or Facebook
Don't have an account?
Create an Account
Forgot your password?
No Problem