When it comes to transaction volume, most of California’s top ten real estate agents operate in Los Angeles. According to recent rankings from Real Trends, nine Los Angeles-based agents each sold more than $260 million of housing during 2014.

According to recent rankings from Real Trends, nine Los Angeles-based agents each sold more than $260 million of housing during 2014.

Topping the list was Mauricio Umansky operating out of The Agency’s Beverly Hills office. He is said to have sold more than $604 of real estate last year.

Drew Fenton of Hilton and Hyland ranked second, having completed more than $510 million of transactions. Similar to Umansky and other top Los Angeles agents, Fenton operates out of a Beverly Hills office.

During the third quarter, luxury homes in Beverly Hills traded on average for $9.428 million, according to a report from Sotheby’s International Realtor.

Of the state’s top 50, volume-producing agents, 29 are in Los Angeles, with a large percentage operating out of Beverly Hills offices. For perspective, the state’s 50th top agent closed more than $103 million of housing in 2014.

Four of the top 10 agents in this category are LA-based. Leo Nordine of Nordine Realtors in Redondo Beach closed 154 transactions, the second most completed transactions of any agent in the state. Tami Pardee of Pardee Properties (Venice) followed close behind with 152 transactions. 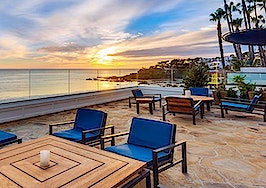 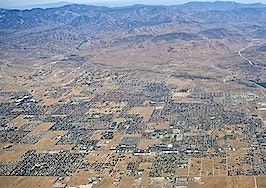 The growth of Palmdale makes it a hot real estate market

Los Angeles: most unaffordable area in the nation
Back to top
Only 3 days left to register for Inman Connect Las Vegas before prices go up! Don't miss the premier event for real estate pros.Register Now ×
Limited Time Offer: Get 1 year of Inman Select for $199SUBSCRIBE×
Inmanpot
Log in
If you created your account with Google or Facebook
Don't have an account?
Create an Account
Forgot your password?
No Problem