The Federal Reserve has decided to raise the key Fed Funds Rate by 0.25 percent.

So, the question everyone wants to know is, do we need to worry about interest rates leaping?

Although I expect there to be some volatility in rates for a while, I don’t believe the real estate market will implode in a rapidly rising interest rate environment. So, yes, interest rates are going to rise modestly, but no, I don’t think we need to be overly worried about it.

To qualify this statement, we need to understand that mortgage rates do not run in “lock-step” with the Fed Funds Rate. Although the Fed Funds Rate is a bellwether for the greater economic environment, there have been times when these two rates have moved in opposite directions, as we saw in 2004 and 2005.

It’s also important to understand that though interest rates for revolving credit, such as credit cards and home equity loans, are tied to the Fed Funds Rate, non-revolving loans, such as mortgages, are not. Mortgage rates are tied to bond yields — specifically the 10-year treasury.

So what do I think will happen?

I believe interest rates will rise above 4 percent, but we will not see a sharp spike in rates. The Fed has stated that any upward movement in the Fed Funds Rate will be slow and steady and will reflect the greater economy.

The Fed: movement in the Fed Funds Rate will be slow and steady and reflect a greater economy.

And I believe that mortgage rates will follow suit. Additionally, mortgage rates have already moved higher in anticipation of an increase in the Fed Funds Rate.

That said, it’s worth noting that any weakness in the global economy can actually have a downward effect on interest rates. This is referred to a “flight to quality.”

In essence, investors seek safe haven during times of economic uncertainty. If markets outside the U.S. continue to underperform, there will likely be increasing demand for bonds, which will drive up their price and drive down interest rates.

Between China, the Eurozone, war in the Middle East and a massive drop in oil prices, it’s certainly possible that the price of mortgage-backed securities could rise and lead U.S. mortgage rates lower.

Interest rates could not realistically stay at their current levels forever. But an increase should not be a great cause for concern. Yes, an increase makes mortgages more expensive, but not to a point where they will have a negative effect on home values.

That said, the rate of home price growth will undoubtedly slow in the coming year, but that isn’t necessarily a bad thing.

A little perspective might help: the average rate for a 30-year loan in the 1970s was 9 percent. It was 13 percent in the 1980s and 8 percent in the 1990s. And yet people still managed to buy and sell homes throughout those years. With that in mind, the rate increases we’re likely to see in 2016 are nothing to fret over.

The increase in the Fed Funds Rate should be taken as a sign that our economy is expanding and is a preemptive move to limit anticipated inflation. Although interest rates have risen from their all-time low, they are still remarkably favorable — and will remain so through 2016. 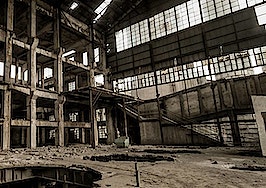 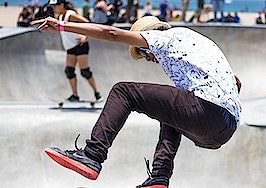