Sea levels have again been cited as the principal reason another 25,000 newly displaced South Floridians will be relocated to North Georgia. It’s 2042, and like so many communities similar, Milton, Georgia, formerly known as “McMansion Meadowland,” has fallen on severe times.

How McMansions became a thing

Referring to the thousands of homes built in the “boomerang era,” Fred Garvin, Fulton County Land Commissioner said, “We are thrilled to find a purpose for these structures.”

For decades, builders from the baby boomer generation kept upping the ante of what was considered prestigious housing. And boomers — eager to show off their successes — were willing and happy participants.

“After individual housing units had reached 5,000 square feet, the size contest became stupid silly,” said the grandson of an original McMansion owner who wished not to be identified.

“Grandpop’s street was nothing but 8,000- to 11,000-square-foot homes as far as the eye could see. People weren’t home much. All that emptiness with nobody around — it was a creepy place, even then.”

Subsequent generations had no use for these properties.

Prestigious? The house might have been considered that at one time, but people who pay thousands of dollars a month for the utilities on rooms they will never even enter were not. Wasting energy is simply not cool — so 2019.

As hard as it is to imagine today, it’s rumored when these properties were functional, the average landscaping bill was nearly $1,000 a month (no including water), which is more than your typical mortgage.

A new outlook on extravagance

Today, a former McGolf community can host the relocation of 25,000 immigrants. We can fit four or five families in a single home. The rule of thumb is one family per bathroom.

In 2042, a former McGolf community can host the relocation of 25,000 immigrants.

“We had one of these things with 11 bathrooms — who the hell built that, and why? Anyway, we couldn’t fit more than six families in that unit,” noted Garvin.

Additionally, most of these units have two kitchens, which is ideal when so many families have to share, and it’s perfect for creating inspiring theme nights.

As it turns out, these remote golf communities make great relocation camps. Purposefully built away from the rest of the culture, these enclaves have no access or mass transit. So, while they are a blight on the landscape, their remoteness is seen as a positive. The larger units within this complex all have what was then called “teenager suites.”

Apparently, when children reached a certain age, they were ostracized to a remote section of the home. Today, these are senior centers. Even with several families living in each unit, we find the elders prefer living with one another in the old teenage suite area.

Massive clubhouses, which were rarely ever used but always seemed like a great place to rent for a party, have been retrofitted as medical centers. The abandoned swimming pool has been repurposed as a sewage filtration system. The old tennis courts now serve as the encampment’s Welcome and Indoctrination Center.

Additionally, the old golf course can now function as an overflow tent city for the truly destitute. With many parts of Latin America’s water level reaching dangerous levels, look for underutilized golf courses to become the safe havens for the masses. Texas alone can contribute hundreds of flat, treeless, sun-baked dirt patches with sand traps.

Thank God for the beautiful idiots

Commenting on life within Milton’s “Freedomaire” tented community, Garvin was quick to point out: “It’s not all doom and gloom out here. Yes, these families are suffering through tremendous hardship, but wow — is it pretty out here. And, the kids are having a ball playing in the woods.”

These status symbols were built by baby boomers (1946-1962). That generation was raised in housing no larger than 1,500 square feet and most often with a single shared bathroom. It’s only natural to want to provide your family an environment better than what you had.

It’s only natural to want to provide your family an environment better than what you had.

But how anyone thought a six-bed, seven-bath 12,300-square-foot home was sustainable, clearly hadn’t thought it through.

Kid: “Gee Grandad, why did you need a home 10 times the size of the house you grew up in?” Grandpa: “So your father could live a part of the house where I didn’t have to see him.” It sounds like a sitcom from the early 2020s.

“Look, we make fun of these structures all the time. The people who bought them were fools with their money. And, after the three Trump administrations, people finally tired of wealth boasting,” Garvin said.

“But, as I have said all along, thank God for all those beautiful idiots. We now have these wonderful facilities where we can serve the tens of thousands of water refugees who have been displaced by global warming.”

Thank God for all those beautiful idiots.

In a very odd sense of karma, these former country club enclaves, comprised primarily of conservative populations, were the last holdouts to acknowledge global warming as a real threat.

Fittingly, they were the ones who sacrificed their dry land for the sake of those less fortunate. In a way, it makes ignorance heroic. 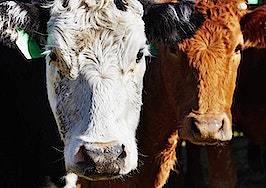 Leaving the brokerage herd behind 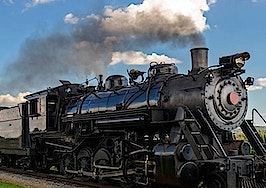 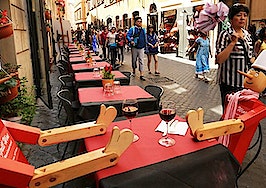 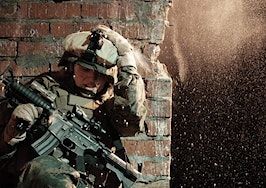 Lose the commission cutting battle to win the condo HOA war
Back to top
Only 3 days left to register for Inman Connect Las Vegas before prices go up! Don't miss the premier event for real estate pros.Register Now ×
Limited Time Offer: Get 1 year of Inman Select for $199SUBSCRIBE×
Inmanpot
Log in
If you created your account with Google or Facebook
Don't have an account?
Create an Account
Forgot your password?
No Problem