When we talk about construction, images of workers, cranes and sprawling building materials spring to mind.

But this vision is positioned for change, even a transformation, as the construction industry emerges as one of the most indulgent fields for the latest technologies in automation and artificial intelligence.

The real estate market is one of the hottest industries in the globe with regard to the changing dynamics of prices and demand. We are in for a paradigm shift not only in how the industry operates, but also in how it affects the people involved.

Here are three ways automation will affect the construction industry in the years to come:

Workers who actually build on a construction site are humans, after all. They are affected by sleep, heat, cold and fatigue and cannot overbear these limitations, no matter what happens.

After the typical eight-hour shift, a new contingent is ready to take over and continue the work.

Doesn’t all of that increase costs? Yes, it certainly does, and that cost is passed down to consumers, which increases the overall price they have to pay for the property.

Robots, on the other hand, are not prone to the limitations that impede humans and can work continuously on building sites for as long as you want them to, completing construction work in half the time or less.

In 2015, a 57-story building was built in just 19 days in China using automated technology.

Robots also allow for more accuracy and precision than humans, meaning the work they do will be far more valuable, all the while reducing the cost and doubling the output for construction firms.

It’s a tantalizing realm to delve into as fast as we can.

Buildings and skyscrapers are one of the most high-risk industries, despite all the safety measures and precautions in place. It’s still difficult for an inspection engineer to check the sturdiness of a steel beam 500 feet into the sky.

This is where technology can help us, specifically automation. Robots are not afraid of heights, nor do they risk tilting over and forcing safety harnesses to come into play.

Automation can make it much easier and safer to inspect and monitor construction sites; for example, drones are an excellent way for site managers to conduct daily surveys and check on the quantity of material available, the layout of the plans and dimensions of the work going in.

Drones can also relay real-time data to computer systems, which then crunch this data and allow results to be analyzed, streamlining the process.

This leaner approach could truly disrupt how things are done in and around sites and the roles of site managers and engineers.

Historically, many say that people who were removed from their jobs due to automation were reabsorbed into other sectors of the economy.

This time, it’s different, and it’s the only fallout of the automated transformation we will see unfold in the next few years.

According to a 2016 report by The World Economic Forum, nearly 500,000 jobs will be compromised in the construction industry alone by 2020.

The job displacement caused by the automation of processes and the advancements in artificial intelligence will leave these workers neutralized, with no sector prepared enough to absorb them all.

This is just the direct impact. Associated sectors like the transportation industry would also undergo a similar upheaval as the race for driverless cars continues by tech giants such as Uber and Google.

Japanese Equipment company Komatsu recently revealed a dump truck with no cabin in place and a neutral orientation, a sign of things to come.

Similar advancements are on the way, including architectural designs via 3-D printing methods and textural robots that will be able to construct designs that humans cannot.

The future is knocking, and while it may threaten job security, it does promise relief for the modern consumer in the form of more affordable housing that also thrives in design and usability, marking a breakthrough as we enter the world of automation.

Rachael Everly is an undergraduate information and technology student who loves to write on topics related to business, finance, technology and education. Currently, she is working for eQuip Enterprises LLC. Follow her on Twitter or Facebook. 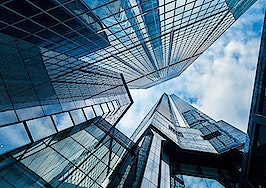 Look out above! Where mortgage rates could go in 2017