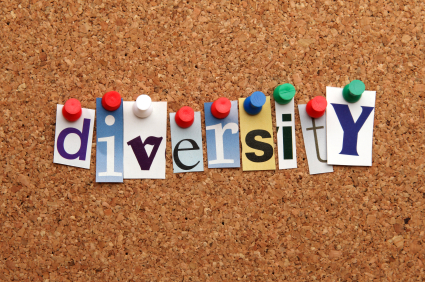 Traditional methods of farming one’s sphere of influence and prospecting to increase that sphere are still highly successful when done correctly.  We just don’t talk about them as often as we should, because they require two very un-sexy ingredients:  planning and hard work.  One could say that building a website or a social media identity requires much of the same–there is no shortcut to organically becoming a well-respected entity online.

Far too often, our conversations about lead sources are focused on the easiest and least labor-intensive ways to generate real estate leads.  This, of course, almost always leads to internet lead sources.

There is nothing wrong with trying to decrease the amount of labor required to generate a new lead.  Businesses strive for efficiency, and ROI is directly affected by the amount of capital and labor that must be invested into a system to generate a certain number of leads.  The problem that seems to arise more and more often, is that the goal of short-term savings seems to blind businesses to the necessity of having a long-term strategy.  This is especially prevalent in discussions of online real estate leads today.

Professional sports organizations are highly incentivized to win quickly.  This causes a strategy within many teams that focuses only on having the best possible team on the field right now, no matter the long-term cost.  Some teams will sacrifice the training of younger players and backups, and put all of their emphasis in one bucket:  funding players who are ready to win right now, even if they are older players who only have one or two seasons left in their careers.

This gamble works for some teams.  They win a championship and get the glory.  But even for the teams that win in this fashion, there is a harsh reality waiting around the corner.  They’ll soon be the aging/retiring team with no young stars in-the-making, and no backups with experience to take over.  They’re likely to be one of the famous first-to-worst teams that fall flat on their faces when their short-term gamble runs out.

That’s just the winners.  Other teams’ high stakes bets don’t pan out at all.  The veteran experienced quarterback who was acquired in an expensive transaction blows out his knee.  The team had already cut their best backup QB to make room in the budget. This team’s plan was to ride one single horse to victory, and now there is no one waiting in the wings to lead them.  It will likely take many years, or far more money, to rebuild.

The reason sports teams can make this gamble over and over is that they’re financed by billionaires who can afford to make a lot of huge mistakes.  Coming in last place for them means trying again next year.  You, on the other hand, are not a billionaire.  Coming in last place means pulling your children out of private school or selling your spouse’s new vehicle.  Most real estate agents’ financial well-being is on the hook for another good season, year in and year out.  That’s probably why many of us keep making the mistake of confusing a short-term tactic with a long term strategy.

Buying Leads From Online Sources – A Tactic, Not a Strategy 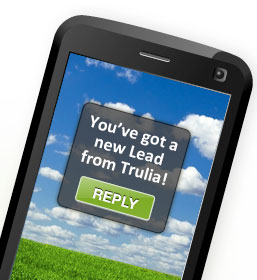 To be clear, I don’t believe that buying some leads from online sources is a mistake.  Frankly, for some businesses, it is highly profitable.  There are a plethora of lead sources, all with varying degrees of quality depending on the agent and the location.  Buying leads can fill a temporary seasonal gap, create a boost for a new business, or be a long-term tactic as a side business to supplement the leads coming from your website, social media, your sphere, and your prospecting.

The problem appears when a business decides that all of its business will be purchased from an online source.  This business has decided that it has no need for a sustainable lead generation model with a predictable cost and ROI, because its current income source is paying the bills.

A business, or agent, that produces no leads on its own, is a business that is crossing a long, narrow bridge in the fog.  The bridge seems strong at the moment, and it is supporting the business’s needs, but the other end of the bridge can’t be seen.  The business person has no idea when it ends, if it ends, or what kind of condition the bridge will be in after travelling further.  If the bridge gets a little narrower, a little more unstable, or starts showing some cracks, there aren’t any contingency plans in place.  Without any other way to continue, the business becomes a powerless passenger who simply hopes that everything will continue in its current state in perpetuity.

That is literally the state of a real estate agent whose entire business is being purchased from a 3rd party online.  A lead source can cease to exist in a single day.  It may be purchased by another company.  Competitors could outbid the agent and take over the leads for that agent’s location.  Lead quality may decline.  Prices can be raised at the drop of a hat, with no explanation necessary.  The number of leads received at a certain price could be changed to the number of “impressions” an ad receives, without any correlation to the previous value received.

If your entire business is reliant upon the service of another organization, and you have no controls in place for cost or longevity, your career will live and die at the whim of your servicers.  Even if you’re selling homes like hotcakes with your current lead source, it just means you’re driving a much nicer car along that narrow bridge in the fog.

Build a wider bridge, weather the bumps in the road

On the other hand, those businesses that diversify their lead sources have far more options when one source doesn’t seem to be working out as they had planned.  Not everyone is great at social media.  Knocking on doors will not appeal to some.  Postcards, flyers, community events, blogging, networking, and prospecting are all opportunities that may not be every individual agent’s forte, but certainly a handful of them could be employed by any agent.  Much like investing for retirement, the wider net a business casts in its revenue generation model, the less likely their income will disappear all at once.

When businesses build their own lead generation from the ground up, they create a much wider bridge, with a much longer field of vision.  As agents create an identity online, in their business community, and in their social sphere, they generate a broader path to revenue with long-lasting effects.  The business identity doesn’t cease to exist the day that the business stops paying for a single service.  The persona and knowledge of that business grow and filter throughout that community, often on their own, continuing to create opportunities for lead generation even when the business owner’s foot is not on the gas.  This wider, stronger path to revenue provides multiple alternative lanes for relief if any single path fails.  This is a strategy of not only revenue generation, but also of insurance–of which real estate agents have far too little.

We’ve all seen enough of the carnage that our associates lived through during the real estate downturn.  High times encourage many to adopt unsustainable business models that reap quick profits but ultimately have no long-term strategy.  As we finally make our way back into a healthier, appreciating real estate environment, it would be wise to focus on building a strategy today the diversifies business income and creates a durable business model to survive the peaks and the valleys of the real estate cycle.

I’ve had the *fortunate* experience of having survived the crashes of three separate industries in my 20 years of work, and it has allowed me to look at long-term business in a much different way.  However, I understand that this will fall on some deaf ears.  I was also once a young brash salesman who had a single outstanding lead source that made me feel invincible.  The money was intoxicating, the ride was wild, and it ended in a spectacular crash.  I’d hope that my own experience could help others avoid making the same mistake.  But, for those that can’t escape the draw of the quick fix and the fast car, good luck.  Hit the gas, head down that narrow bridge, and enjoy the ride–just buckle up for the finish.
Show Comments Hide Comments