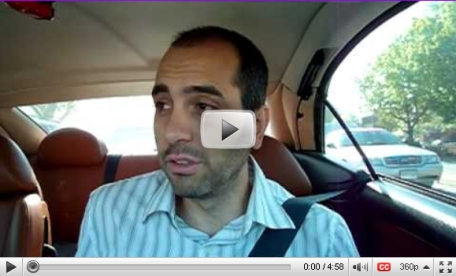 Episode 21: All too often, real estate agents talk about how sellers are unrealistic in their desire to list their home for sale at an inflated price.

In this segment of The Wheel Estate Cam, broker Frank LLosa makes a case for strategic overpricing.

He shares an example of a past condo listing that he represented, which he felt was priced too high for the market. Another unit in the same building was later listed for sale with an even higher price, and quickly he received an offer for the unit he represented because it was about $40,000-$50,000 cheaper than the comparable unit.

"There was a buyer who got super-excited about my unit, thinking that my unit was like the bargain of the century even though mine was not a bargain and the other one was even less of a (bargain)," Llosa says.

In another instance, when representing a townhouse in Reston, Va., LLosa says the seller agreed to overprice by about $15,000 to $20,000, which led to bids on a comparable home that was priced lower.

So overpricing in that instance also served to stimulate activity — after the cheaper unit sold, the townhouse LLosa represented soon after sold with a price reduction that was comparable to the other home’s price … but still was higher than what the typical market price would have been.

"Have you ever overpriced a listing? Is that unethical? Is that crazy? Should an agent always price at the price that (a property) should be, or do you actually take into consideration market dynamics," he says.

"We know it’s not the stock market, but … there might be some strategy to pricing which would include overpricing."

Watch past episodes of the Wheel Estate Cam.

Frank Borges LLosa is the broker, founder and owner of FranklyRealty.com, a real estate brokerage in Falls Church, Va. He is the creator of the Trust Me I’m a Realtor blog and multiple listing service wiki site FranklyMLS.com. You can follow him on Twitter: @franklyrealty.