by Mary Umberger |
You successfully shared the article.
Close 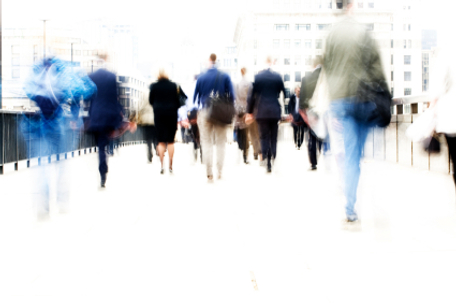 Some people regard Brent T. White’s point of view as an affront to basic notions of right and wrong — perhaps even a threat to the general financial well-being of the country.

Others see him as a voice of reason, a calm explainer of a stance that just a few years ago was nearly unheard-of in this country: that walking away from a mortgage contract not only can make financial sense for some homeowners, but it also can be morally justifiable, an act that shouldn’t be a source of shame.

Some people regard Brent T. White’s point of view as an affront to basic notions of right and wrong — perhaps even a threat to the general financial well-being of the country.

Others see him as a voice of reason, a calm explainer of a stance that just a few years ago was nearly unheard-of in this country: that walking away from a mortgage contract not only can make financial sense for some homeowners, but it also can be morally justifiable, an act that shouldn’t be a source of shame.

White has written extensively on the legal and psychological aspects of "strategic default" — the apparently burgeoning phenomenon in which homeowners deliberately default on their mortgages because their homes are so far underwater they figure that continuing to make payments amounts to throwing away money.

White’s expertise in the realm of distressed real estate is both professional and personal: He’s an associate professor of law at the University of Arizona who has studied the attitudes of underwater homeowners and published academic research on their behavior. He also said he recently sold his own home through a short sale, though in an interview he declined to elaborate on his own circumstances.

He has authored "Underwater Home: What Should You Do If You Owe More on Your Home Than It’s Worth?" an e-book that’s a how-to guide for homeowners who are struggling to understand their options, including bankruptcy, loan modification, short sale, walking away from the loan, or continuing to make their payments.

White contends that underwater homeowners suffer under what he describes as a "moral double standard" — that although major corporations can and do default on soured business deals with some frequency (and with barely a ripple of public scorn), ordinary homeowners "who default on their mortgage are frequently portrayed as irresponsible (and) called deadbeats," he wrote in the book.

That attitude is unfair to walkaways, most of whom aren’t guilty of reckless borrowing so much as they are of buying at the wrong time and watching helplessly as their home values plummet, White said in an interview. He said some of them would be right to consider dumping their loan — and their home — before their financial worlds cave in completely.

This advocacy of walking away — under certain circumstances — has made him a lightning rod in the arguments over strategic default.

"I don’t think I was the first person to suggest this was a rational or economic choice," said White in a recent interview via Skype from Mongolia, where he was in the midst of a one-year sabbatical to study East Asian law.

But his extensive writings have generated significant media attention, including an appearance last year on "60 Minutes," where he said "people feel too shameful about letting go of their home, and in fact, people might be better off making economic decisions, rational decisions in their best interests."

He isn’t surprised that many people have taken exception to his viewpoint, he said.

He also has plenty of supporters, he said.

"I get 10-to-1 positive reactions as opposed to negative ones," he said.

White’s basic premise is that a mortgage isn’t a moral document — it’s a straightforward contract between a borrower and a lender in which both parties agree that if the borrower can’t or won’t make his payments, the lender will get something of value in return: the house.

"Think of the contract as similar to a prenuptial agreement when getting married," he wrote in the book. "Both parties hope things will work out and commit to try to make it work. But both also understand that it may not. As such, they agree in advance who gets what if they dissolve the relationship.

"Your agreement with your lender is that (the lender gets) the house."

Bankers are well aware of the tactic of strategic default, he said: They’ve engaged in it themselves. He cited the 2009 example of Morgan Stanley intentionally defaulting on a $2 billion loan after the value plunged on five San Francisco buildings it purchased in 2007 — a situation he described as neither unusual nor illegal.

"What Morgan Stanley and other financial institutions don’t want you to know, however, is that you have the same option to default on your mortgage," he wrote in the book.

Besides, he said, given a choice between making house payments or feeding and educating one’s kids, homeowners’ greater responsibility is toward their families’ needs.

He also rejects the argument that homeowners are wrong to strategically default because of the potential collateral damage to the economic stability of their neighborhoods. Some critics take their concerns further: that if walkaways occur in large enough numbers, there’s potential harm for the overall economy.

White said it’s too much to ask individuals to "prop up" neighborhoods by carrying bad loans at the expense of squandering one’s savings, forgoing retirement, raiding the children’s college fund or using credit cards to pay for groceries.

And numerous researchers, he said, have disputed the contention that large numbers of walkaways will further undermine the economy.

Another caveat is that although walking away may lessen a homeowner’s immediate problem, it could amount to financial suicide for his or her subsequent credit ratings.

But White said that’s not necessarily so: The long-term effects on an individual walkaway’s credit and whether the lender can sue to recoup losses on the loan can vary widely, depending on the state where the defaulter resides and other concerns; in some cases, a credit score may heal significantly within a few years, he said.

"What I argue is that there is not a moral obligation to pay your mortgage, and the consequences may be much less severe than people think," he said.

White is unwilling to elaborate on his own homeownership history. When asked about a Tucson house in his name that had been advertised as part of a foreclosure auction, he declined to discuss his own experiences.

"Like most people, I like to keep my personal affairs private," he said in an e-mail in response to an Inman News query. "However, I did sell my property in a short sale at the end of the year. My writing wasn’t inspired by this decision, but my decision was informed by my research. While I am happy to discuss my research, I won’t talk further about my personal circumstances."

In the interview, White said that, rather than heaping scorn on walkaways, the public should focus their disapproval on those banks that fostered dubious lending standards and that now exploit people’s sense of shame in order to dissuade them from defaulting. He’s also critical of those in the housing industry who fanned unrealistic consumer expectations during the bubble buildup.

"Sure, some homeowners bought more than they should and behaved in an irrational way, but most people who are underwater are people who just bought at the wrong time," he said.

"They believed they were behaving responsibly," White said. "They were told you were irresponsible if you rented, that (buying a home) was the best investment you could make — it came from the government, from (the U.S. Housing and Urban Development Department), from the media and the real estate industry."

He isn’t finished on that topic: He plans to release a research report in February that takes the real estate industry to task.

White said in the interview that many in the real estate business contributed to the housing bubble by offering legal and investment expertise that exceeded their legally defined roles as sales agents. In his report, he’ll call for increased regulation of the industry, he said.

"I believe that most real estate agents try to do a good job," White said. "(The report) is not an attack on the real estate industry."

But he expects it to generate another cloud of controversy.

"I think there are a lot of real estate agents out there who agree" that the bar for entry into the business needs to be raised, he said. "Others will be quite angry. But I think we need to have a conversation about it. I’m actually quite hopeful that it will begin a conversation."

Back to top
Refer, reward, repeat. Share a 90-day free trial and get $$$.Refer & Earn×
Inmanpot