Financial markets seemed to react badly to the Federal Reserve’s announcement of two new but minor operations, net-neutral as to new money. Some say the Fed’s grim statement of risks did the damage; others claim it was the absence of a big policy move (i.e., more quantitative easing).

There’s a lot more to this week than the Fed. The best case for Europe is a nasty recession — if austerity and unity prevail. If not, they’ll have a sharper and deeper affair in a scramble back to local currencies (I am one of very few who see that scramble as quickly beneficial). Also, markets suddenly get the odds in favor of a new U.S. recession.

And, purely a matter of personal opinion, markets are shaken to their souls by the spectacle of the worst-ever peacetime performance by Western democracy.

The 10-year Treasury note dropped to 1.75 percent from 2.07 percent in a week. Mortgage rates at yesterday’s low (up 0.125 percent now) translated to:

Whatever you are, if you don’t have a vanilla job, "you ain’t nuthin’."

Old folks like to talk about history. Infected as a preteen, by age 62 mulling history feels to me like putting on a favorite, tattered pair of moccasins. Mark Twain’s great line: "History does not repeat itself. But it does rhyme."

The 1920s and 1930s were perfect prerunning harmony for today, cast and script verbatim, only clothes, cars and phones are different.

Political lessons stand out: First, how terribly difficult it is for us to grasp that events have moved from normal to emergency; and when we do get it, we crave the illusive safety of old times and ways … gone.

We are very slow to understand that previous good times were false and temporary, the Roaring Twenties bubble just like our ’95-’07 version. After ’29, public policy was exactly that of today’s Republicans: Let markets run, let banks close, balance the budget, and let an idle Fed collapse the money supply and 75 percent of banks. No bailouts for nobody.

Andrew Mellon, the U.S. Treasury secretary from 1921-32, gave us this masterpiece:

"Liquidate labor, liquidate stocks, liquidate farmers, liquidate real estate … it will purge the rottenness out of the system. High costs of living and high living will come down.

"People will work harder, live a more moral life. Values will be adjusted and enterprising people will pick up from less competent people." By 1932, "Hoovervilles" entered our language.

The worse this gets, the deeper the right digs in on old ground. So do Democrats — rightly proud of the New Deal, government intervention and income redistribution, they have never learned a new trick.

Once you discover that you can reward your constituents with the contents of someone else’s pocket, falling onto a greasy slope to self-righteousness and decadence has been inevitable.

Lost: the difference between stimulative borrowing and spending when you owe the world 10 percent of your gross domestic product, and when you’ll soon owe 100 percent. Parts of the New Deal would work today — such as credit restoration via guarantee agencies — but not adding to government unrecognizably bloated since the 1930s.

All leadership looks bad. Republican officials in Congress this week sent a Mellonian demand to the Fed that it do nothing; the "Three Blind Mice" dissenting at the Fed were happy to accommodate.

In President Obama’s last three weeks, the "phony" jobs bill and so-old, so-dead tax plan was a performance so petulant and juvenile that he has become irrelevant without even knowing it.

Republican candidates appeal to the deep American populist desperation for protective simplicity: "I’m ignorant and I’m proud of it!"

There is hope. More than that.

The people see all of this, and the political center is jaw-dropped at it. As a people, we tend to reject extremism and demagoguery (try Googling Father Coughlin and Huey Long). And the media are getting it.

The toughest criticism and exposure of the president this week came from the Washington Post. The Wall Street Journal now runs stories on the cost of abandoning housing.

Reporters who have listened to the same right and left nostrums for five years now think, "Wait a minute …"

Left and right do not need to compromise with each other, they must compromise with history. Drop the peripheral and the old, and get to inventing, trying and testing new approaches. Lots of them. And plenty damned quick. 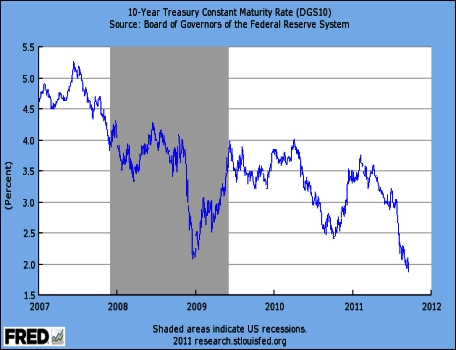