Clint Aaron Miller, a real estate professional who received an outpouring of support on social media after a cancer diagnosis earlier this year, has died.

Miller was diagnosed with advanced-stage testicular cancer in February of this year. He passed away on Sunday, Dec. 11, at 40.

"Cancer is a terrible thief," his wife, Angela Miller, posted last night on a 937-member Facebook prayer page set up after Miller’s diagnosis.

Miller is survived by his wife Angela; his three daughters, Victoria, Kathleen and Sarah; and his two sons, Alex and Aaron.

Deeply involved in the world of social media, Miller was an Internet marketing manager at Missoula, Mont.-based lead generation firm Real Estate Pipeline, where he had been working since July. Before that, he’d been the "owner/CEO/blogger/editor/videographer/janitor" at MissoulaFood.com, a hyperlocal restaurant review blog, and an Internet marketing and sales manager at lead generation service RECR.com, according to his LinkedIn profile.

After his diagnosis, real estate professionals nationwide reached out to Miller on Facebook, Twitter, and through blogs, offering their encouragement and support. At one point, they sent 400 messages to testicular cancer survivor Lance Armstrong, urging the Tour de France champion to contact Miller. Armstrong did, posting a YouTube video telling him to "get better, hang in there, and live strong."

"Sad to wake up to the news of Clint Miller’s passing. I wish I could have met the man (who) was loved by so many. RIP Clint," Armstrong posted on Facebook this morning.

Today, industry professionals are also expressing their grief over Miller’s death over social networks and blogs.

"He encouraged us to live each day of life to its fullest. To watch sunrises and sunsets. To be kind to each other. To love each other. The man whose body was being ravaged by this insidious disease was a beacon of light and hope," wrote Jay Thompson on his blog, Phoenix Real Estate Guy, in a post titled "What Clint Miller Taught Me About Life."

"I have been watching Clint’s struggle and have read and was moved by his words of not giving up and not giving in. He recorded messages to his children so they would not forget him and he has moved many of us in the real estate industry, as well, and he will not be forgotten. His family should know how well-respected and loved he was," wrote Julie Chancerelle Ziemelis, head of digital marketing company Ziemelis Communications, on Miller’s Facebook prayer page.

"Very sad to learn of Clint’s passing. He was an inspiration to many in transparently sharing his illness to help others. My condolences to Angela and family," wrote Sherry Chris, CEO and president of Better Homes and Gardens Real Estate, on Miller’s personal Facebook page.

"You left an amazing mark on the real estate community which will be hard to fill, especially on ActiveRain. We miss you," Nikesh Parekh, CEO of ActiveRain, posted on Facebook. 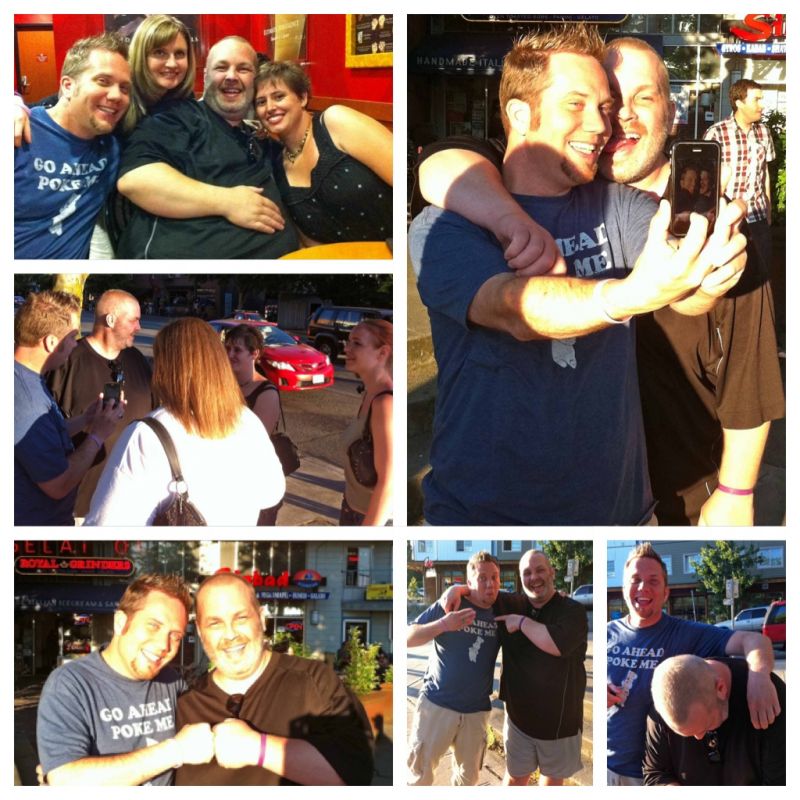 "The Twitterverse feel a little darker today without your light @TheRealClint, but your spirit lives on," tweeted Jason Newmann, another Canadian Realtor.

Dale Chumbley, founder of the "365 Things to Do in Vancouver, WA" Facebook page, had been a friend of Miller’s for years over Twitter before finally meeting him face to face in Seattle in July.

"We all spent several hours walking around town, sitting and visiting and just enjoying one another. It was such an incredible, amazing night where we got to cherish life together. No social media, no agendas. Just live life — together," Chumbley told Inman News.

"Everyone keeps asking if there is anything they can do to help me; well there is one thing! Tell all the men in (your) life to check themselves. That way they don’t have to go through what my dad did. Bring awareness to this heartless disease, that’s all I want. Thank (you) all for keeping me and my family in (your) hearts."