But the rules governing the agency relationships between consumers, real estate brokers and their agents vary from state to state, and have been completely rewritten in the last 25 years.

Laws in most states allow real estate agents to “double dip,” representing both the buyer and seller in the same transaction without owing either party their undivided loyalty.

Licensees in 25 states are now permitted to provide services to one or both parties as non-agency “facilitators” or “transaction brokers,” owing limited or no fiduciary duties to act in their clients’ best interests.

Depending on where they live, buyers and sellers may receive services from Realtors who are acting in an agency capacity as subagents, single agents, disclosed dual agents, or designated agents. Or they may have the option of working with non-agency transaction brokers, facilitators or intermediaries.

Many states also allow brokers to provide limited services to unrepresented buyers as “customers” rather than clients. (View an interactive map showing how each state defines the legal relationships real estate brokers and agents may enter into with buyers and sellers.)

In theory, providing consumers with a range of options for working with real estate brokers and their agents gives buyers and sellers flexibility to choose the form of representation that works best for their situation.

Experienced buyers or sellers, for example, may be comfortable working with a transaction broker or a “dual agent” who doesn’t owe them loyalty — especially if that helps them negotiate a reduced commission rate.

But consumers who don’t understand their agency relationship with their broker or agent may be at a disadvantage when searching for properties, marketing their home, or negotiating a sale — and may be more likely to blame their agent if they’re not happy with outcome of a transaction.

Buyers and sellers should insist at “the first substantial contact” that brokers disclose whether they will represent their financial interests at all stages.

If not, the group advises, consumers should ask whether the broker will represent the financial interests of the other party, or simply serve as a facilitator or transaction broker.

Sellers should try to “knock one percentage point” off the standard commission right off the bat, the Consumer Federation of America advises, and “insist that if their broker double-dips, the commission be reduced another percentage point or two.”

A Consumer Reports survey of thousands of readers who sold homes using a real estate agent from 2004 to 2007 found that among the 46 percent of sellers who attempted to negotiate lower commission rates, 71 percent succeeded.

When brokers or agents owe limited or no fiduciary duties to their clients, buyers and sellers may have little or no legal recourse if they get bad advice or are victims of incompetence. Transaction brokers, facilitators and intermediaries are largely immune to claims of professional negligence.

When law professor Ann Morales Olazábal reviewed the sweeping changes that had taken place in agency laws in 2003 for the Harvard Journal on Legislation, she concluded that while “reforms have added consumer choice and flexibility to the marketplace, they have not done enough to alleviate consumer confusion.”

The focus of the new “limited agency” relationship “appears to be on reducing Realtor liability rather than improving the lot of the consumer,” Olazábal said at the time.

Consumers don’t always end up in court when they have problems with the real estate services they’ve received. Many brokers require their clients to sign agreements stipulating that disputes will be settled through mediation and arbitration.

Complaints to real estate licensing boards — or adjudicated decisions based on those complaints — also provide a glimpse into factors contributing to disputes over the provision of real estate services.

Pancak and Sirmans found that after controlling for other factors, states that allowed transaction brokerage and other forms of non-agency representation had higher rates of disciplinary action than those that did not (see the 2006 report in the Journal of Housing Research, “The Effect of Agency Reform on Real Estate Service Quality,” by Katherine Pancak and C.F. Sirmans).

The researchers — based at the University of Connecticut’s Center for Real Estate and Urban Economic Studies — said they were not surprised by their findings.

“While non-agency advocates would disagree, it is expected that any law eliminating consumer representation altogether is going to cause confusion and conflict, thus allowing for non-agency (representation) will increase findings of misconduct,” Pancak and Sirmans concluded.

Today, most states — Florida being the notable exception — require real estate brokers and agents to disclose agency relationships, including who they are representing and what duties they owe their clients.

(In Florida, licensees are presumed to be operating as transaction brokers, and aren’t required to provide agency disclosures unless they intend to represent consumers as singe agents.)

But it’s difficult to gauge the effectiveness of disclosures. Most states require that disclosures be presented in writing, but a few allow brokers to provide spoken explanations.

One in five homebuyers surveyed by the National Association of Realtors from 2001 through 2006 reported they had not received written agency disclosures, and 17.8 percent weren’t sure whether they had or not.

When academic researchers Jonathan Wiley and Leonard Zumpano analyzed the data, they concluded that “potentially disadvantaged groups” such as first-time homebuyers, buyers 65 and up, and Hispanics and Asians, were “are all significantly less likely to report having received a written agency disclosure form during the purchase transaction.”

Wiley and Zumpano theorize that at least some buyers who said they hadn’t received written disclosures probably did, but didn’t recall getting them. Some probably signed off on disclosure forms as “part of the paperwork” without realizing what they were.

“Most states now recognize many different types of brokerage arrangements and, as a result, the concept of agency representation has become very complicated,” Wiley and Zumpano noted. “Here the problem may not be compliance, but comprehension.”

Wiley and Zumpano found buyers were significantly more likely to report having received written agency disclosures in states where regulators had adopted standard disclosure forms and made them publicly available on their websites, and also in states that required more than 60 hours of pre-licensing education.

The ratio of real estate commission staff to licensees in a state was also a “highly significant” factor.

“Where noncompliance is the problem, state regulatory agencies need to evaluate the effectiveness of their enforcement efforts,” the study concluded. “As the real estate sales profession continues to grow and more inexperienced agents enter the market, each state should consider whether their real estate regulatory authority has enough resources to effectively regulate the profession.”

(See the 2009 report, “Agency Disclosure in the Real Estate Transaction and the Impact of Related State Policies,” by Jonathan Wiley and Leonard Zumpano.)

One study that analyzed MLS data from 1,334 Utah home sales in 1999 and 2000 found that the impact of agency representation varied by property size.

While buyers never paid more if they worked with a buyer’s agent acting as a designated agent of the listing broker, the study found an interesting effect for sellers: Sellers of medium- to large-size properties agreed to larger price reductions, averaging 3.7 percent, when the buyer was represented by a designated agent.

“Although buyers do not appear to be any worse off by employing a buyer’s agent from the same firm as the listing agent’s, the same argument does not hold for sellers,” researchers Joachim Zietz and Bobby Newsome concluded.

They theorized that listing agents might be more likely to pressure sellers to agree to a price reduction if an offer was coming from a buyer represented by another agent at their firm.

If so — and other studies would be needed to confirm the hypothesis — that “would suggest a basic problem with the designated agency concept,” the authors concluded (see their 2002 report in the Journal of Research, “Agency Representation and the Sale Price of Houses,” by Joachim Zietz and Bobby Newsome).

Another study of 4,154 repeat sales in the Memphis, Tenn. market from 1997 through 2003 found no convincing effects of accepting dual agency for buyers or sellers.

“For this sample of agents and homebuyers, the repeat sale methodology applied here yields no indictment of agents,” researchers Richard Evans and Phillip Kolbe concluded in a report published in 2005 in the Journal of Real Estate Research, “Homeowners’ Repeat-Sale Gains, Dual Agency and Repeated Use of the Same Agent.”

A study of Atlanta home sales from 1989-91 showed that compared to buyers who relied on subagents, buyers represented by their own agent paid 31 percent less in closing costs including real estate commission, loan origination fees, loan discount points, and other fees. Sellers’ closing costs in those instances increased by 10 percent.

(See a 1997 report in the Journal of Real Estate Research: “Examination of the Effect of Buyer Agency on the Distribution of Closing Costs,” by Roy Black, Julian Diaz III and Marvin Wolverton.) 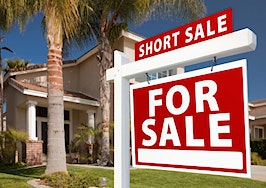 HUD postpones ban on dual agency in FHA short sales
Back to top
Keep up-to-date on tools and tactics to impress your clients and outshine your competition with the 2022 virtual bundle.Register Now×
Agent Appreciation Sale: Inman Select for only $85.CLAIM OFFER×
Inmanpot
Log in
If you created your account with Google or Facebook
Don't have an account?
Create an Account
Forgot your password?
No Problem