In the "olden days" — say, back in the 1990s — granite countertops were a thoroughly high-end object of desire.

Somewhere along the way — probably about the time home renovation became the stuff of 24-hour-a-day cable television content — granite morphed into a mainstream thing. And a real estate thing.

In many markets, "buyers expect it now," said Brighton, Mich., real estate stager Kathi Presutti. "I suggest it all the time to my clients."

Trouble is, home sellers often balk at the perceived costs of replacing existing counters with granite, she said. So, in staging rooms that don’t have massive expanses to resurface, such as bathrooms and powder rooms, Presutti suggests assembling granite pieces, or "remnants," as a more cost-effective alternative. 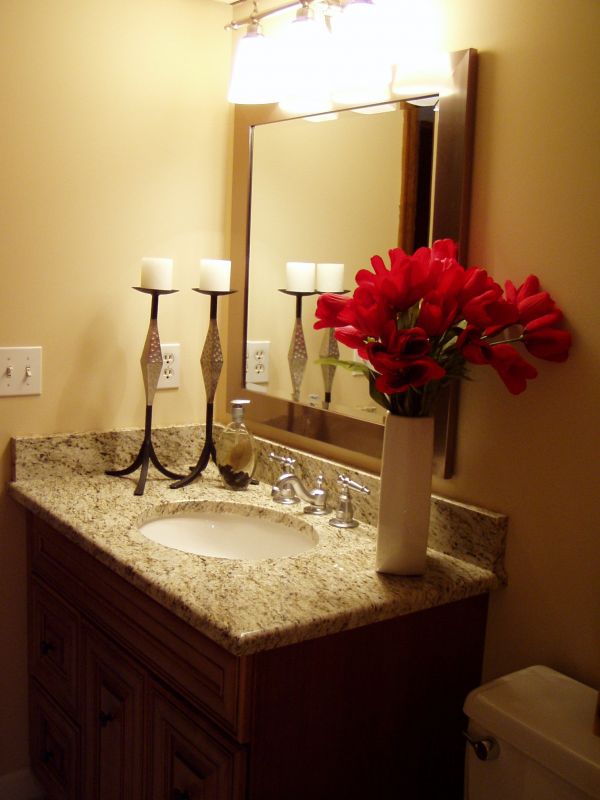 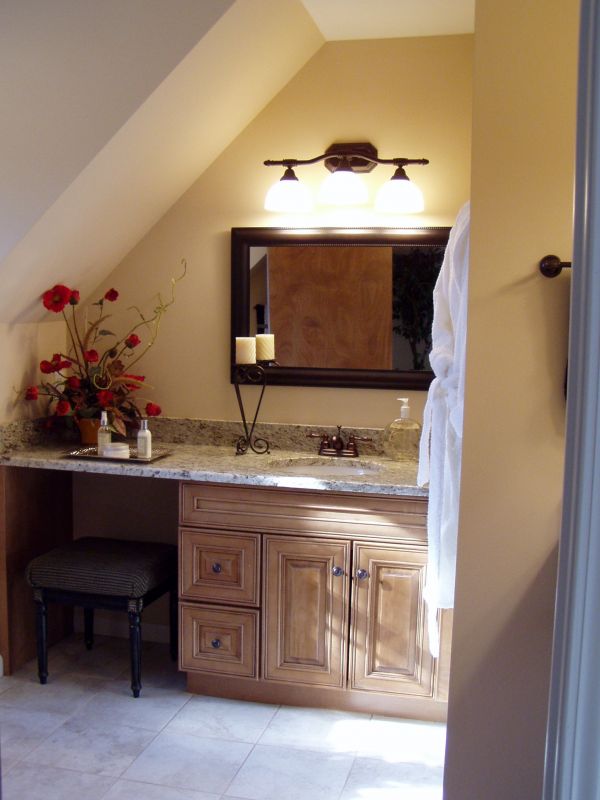 Granite remnants were used in these bathroom countertops (above). Photos courtesy of Kathy Presutti.

She recently arranged to replace tired laminate countertops in one home’s three bathrooms for about $1,400. The price included about 30 square feet of granite, the stone fabricator’s labor for trimming the pieces to size, cutting holes for sinks, faucets, etc., creating backsplashes, and installing four undermount sinks, coming to about $46 per square foot. (There were additional costs for plumbing, she said.)

It’s tricky to generalize about cost comparisons between remnants and full slabs, though. For one thing, basic granite costs can vary widely by region because of shipping costs. And some stone yards charge a uniform price for all remnants, while others will price remnants by the rarity of their patterns. Still others will charge on a square-foot basis. The prices might include a limited amount of labor.

Still, consumers might find granite remnants to have cost savings over their full-slab relatives. A spokesman for the Marble Institute of America, a trade group for the stone industry, queried one of its members, who reported that its remnants cost $25 to $30 per square foot.

That includes making a cut for an undermount sink and standard edging and backsplash, though not the cost of delivery and installation. Its slabs cost $51 to $101 per square foot installed, with holes cut, edging, etc., he said.

Other options for the granite-inclined home seller include granite tiles, and though they may be a cost-effective way to obtain a granite look, Presutti is wary.

"I’m not sure they’re a great solution, because you end up with grout (between the tiles), and keeping grout clean can be an issue," Presutti said. "They do it all the time on the television shows, though."

She also said some companies will install stone or composite counters that have been factory-fabricated to fit directly over existing surfaces.

In her experience, that product itself isn’t necessarily less expensive than having granite custom-cut and installed, but there may be savings in avoiding the demolition costs for the existing counters, she said.

And don’t write off some laminates — laminate manufacturers have recently made huge strides in getting their products to mimic real stone, she said.

"They’ve been producing some really nice stuff," she said. "I think in a lower-priced home, it would be reasonable in some places, like in a basement. I’ve been fooled by it sometimes."