Walk Score — the Seattle-based developer that helps homebuyers and renters find "walkable" and transit-friendly communities — is celebrating Bike to Work Week by expanding its scope to include "bikeability" ratings.

The new Bike Score — which is based on the factors like bike lanes, hills, road connectivity, and the

Walk Score — the Seattle-based developer that helps homebuyers and renters find "walkable" and transit-friendly communities — is celebrating Bike to Work Week by expanding its scope to include "bikeability" ratings.

The new Bike Score — which is based on the factors like bike lanes, hills, road connectivity, and the percentage of people in an area who bike to work — is initially available for what Walk Score has identified as the nation’s "top 10 most bikeable cities."

Bike Score "heat maps" are also available for 10 of the largest Canadian cities, including Toronto, Montreal and Calgary. 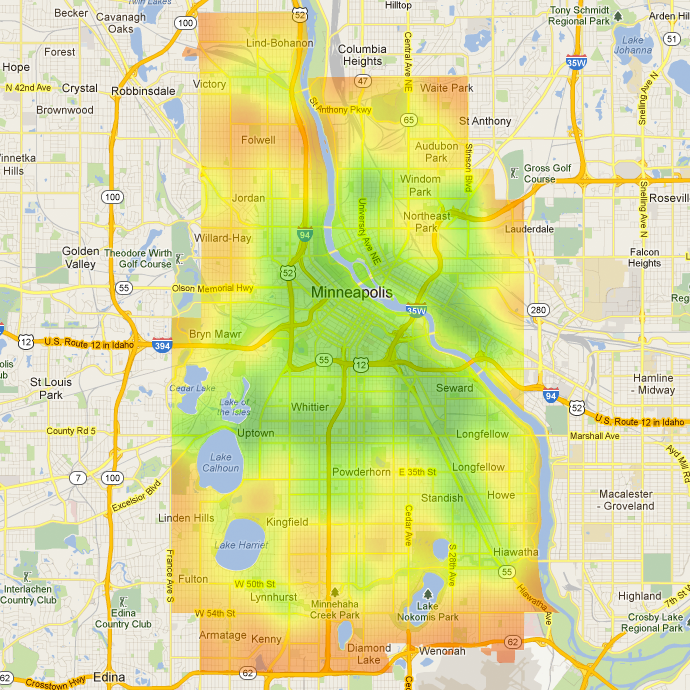 Walk Score said it will compute Bike Scores for 10 more cities receiving the most votes from May 14 to May 31. CEO Josh Herst said in a blog post that the company developed the Bike Score methodology in collaboration with professor Meghan Winters of Simon Fraser University, and professors Michael Brauer and Kay Teschke of the University of British Columbia, under a grant from the Canadian Institutes of Health Research.

Brauer said Bike Score will help cities measure and improve their cycling infrastructure — a key to increasing ridership. Surveys showing bike commuting increased 43 percent between 2000 and 2010, but that 71 percent of Americans say they would like to bicycle more than they do now.

Walk Score says it delivers more than 6 million scores for apartment and home addresses per day across a network of more than 15,000 real estate sites, including Zillow.com, ZipRealty.com, ForRent.com and Windermere Real Estate.

Several multiple listing services (MLSs) have integrated Walk Scores into listings. Metrolist, a regional MLS in Colorado, was one of the first MLSs to integrate Walk Scores into its public-facing website, Recolorado.com, in 2008. Visitors to the site can search for properties by Walk Score.

Walk Score announced in January that it had raised $2 million from investors. Chief Technology Officer Matt Lerner said at the time that Walk Score aims "to build another great Seattle real estate company" like Zillow, Redfin and Windermere Real Estate.