Nextdoor, a free social networking site that allows neighbors to connect and communicate privately online, today announced it had raised $18.6 million in its first round of funding from several investors, including Zillow Chairman and co-founder Rich Barton.

Participants in the funding round included investment firms Benchmark

Nextdoor, a free social networking site that allows neighbors to connect and communicate privately online, today announced it had raised $18.6 million in its first round of funding from several investors, including Zillow Chairman and co-founder Rich Barton.

San Francisco-based Nextdoor launched in October 2011 and has about 30 full-time employees. So far, users have created private social networks for more than 3,600 neighborhoods in every state but Wyoming and South Dakota, mainly through word of mouth. An average of 22 new neighborhood sites launch every day.

"It’s deeply inspiring to hear how neighbors are using Nextdoor to solve real-world problems and improve their lives,” said Nirav Tolia, CEO and co-founder of Nextdoor, in a statement.

"This funding will help further our mission to use the power of social networking to strengthen the neighborhood, one of the most important communities of them all."

Tolia will be a keynote speaker during Inman News’ Real Estate Connect San Francisco conference, which runs from Aug. 1-3 at the Hilton San Francisco Union Square hotel. In a session called "The New Digital Neighborhood," he’ll discuss the various ways people use Nextdoor to connect with their neighbors, from finding a babysitter to getting the word out about a local crime spree. 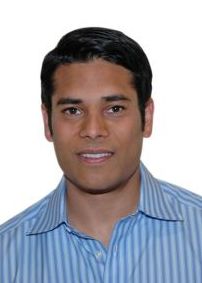 The Nextdoor site for Potrero Hill in San Francisco, an urban, heterogenous neighborhood, includes postings from users searching for a carpet cleaner, a workout buddy, and a house swap opportunity, as well as warnings about a local mugging. In rural Hamilton, N.Y., about a third of the village’s households have joined, and postings include a call for workers for a crop farm and used items for sale from a local family.

"This is definitely a feel-good product," Tolia told Inman News. Nextdoor gives users the sense that they belong somewhere, he said — that "people know me and I know them."

People who know each other look out for each other, Tolia said, and "neighbors who know their neighbors feel safer where they live."

The promise of stronger, better neighborhoods has universal appeal.

A company analysis of posts on the site found 40 percent of members contribute content to the site. Recommendations are the most popular type of post (26 percent), followed by posts about civic issues (22 percent), crime and safety (20 percent), classifieds (14 percent), events (11 percent), and other topics (7 percent).

That two out of five posts consist of either people advertising themselves or people recommending a business to others represents an opportunity for future monetization, Tolia said.

Like Groupon, the company plans to partner with local businesses to offer special deals to Nextdoor members. But for now, Nextdoor will take a cue from social network heavyweights Facebook, Twitter and LinkedIn, and use the funds it’s raised from investors to improve the site’s user experience and user base before attempting to generate revenue, Tolia said.

"I think we’ve always believed that putting the user first is the most important thing in any kind of business. For the real estate agent, that’s the client. For doctor, that’s the patient. As long as you listen very carefully to whomever your customer is and you try to solve their problems, that’s always going to be the right direction to head," he added.

Tolia noted, for instance, that he’s been a client of the same real estate agent in San Francisco for more than 10 years and through three different transactions.

"I consider her a friend," he said. "I feel very lucky to have her because she has always put my needs first."

The idea for Nextdoor first sprang up about two years ago, when Tolia and fellow co-founders Sarah Leary and Prakash Janakiraman realized there was something missing from the social networks that were then becoming mainstream.

"We said, ‘There are a lot of social networks that help us connect with people far and wide, but not a single social network that would connect us with people outside our front door. Let’s make our mission to bring back a sense of community to the neighborhood,’" Tolia said.

That created a particular difficulty for a site that depends on word of mouth to grow: "If you barely know your neighbors, you probably don’t know their email addresses," Tolia said.

Nextdoor created offline technologies that would enable users to print out fliers and postcards to invite their neighbors to participate. The site sends out "many thousands" of these every day, Tolia said.

Nextdoor also has features designed to protect users’ privacy. The site is not indexed by search engines, therefore posts are not publicly available. User addresses are verified in one of four ways so that only true residents can join a particular neighborhood. Neighborhood boundaries are clearly defined so that users know who will be reading their posts.

Neighbors use their real names on the site, which "helps neighbors get to know each other," he added.

Neighborhoods typically cover about 500 households, though they can be as small as 200 households or as big as 7,000. A neighborhood site cannot officially launch unless the site founder convinces nine of his or her neighbors to join Nextdoor within 21 days.

Therefore, community site founders tend to be very passionate about their neighborhood, Tolia said. They’re generally civically minded — the type of people who become presidents of homeowners associations or the local PTA.

In terms of demographics, members tend to be at least in their late 20s when they are in a position to purchase their first home, getting married or having children, Tolia said.

Women are somewhat more active on the site, making up about 60 percent of users.

A number of real estate agents have joined Nextdoor, he said.

"Quite a few (have joined) because they are invested in the neighborhoods in which they live. If you’re looking to sell your house, I think it’s a giant value to have an agent that lives in the neighborhood and really understands it," Tolia said.

"I think real estate is traditionally about neighborhoods. Where you live and what that neighborhood is like is a really important part of your purchase decision. Nextdoor is the kind of thing that strengthens a neighborhood and can improve property values. For real estate agents, they want to bring their clients to a neighborhood that is growing stronger and safer," Tolia added.

"I think real estate agents historically have been some of the most connected people to neighborhoods, period," Tolia said.