By integrating with Facebook’s ad platform, N-Play creates and automatically targets ads to Facebook users based on their location, Facebook user data, and algorithms built by N-Play.

To use the new service, agents must sign up for N-Play’s Facebook-based Real Estate Agent Directory, which launched last year and allows consumers and real estate pros to search for agents based on location and expertise. The company says 125,000 agents have joined the directory since its launch. 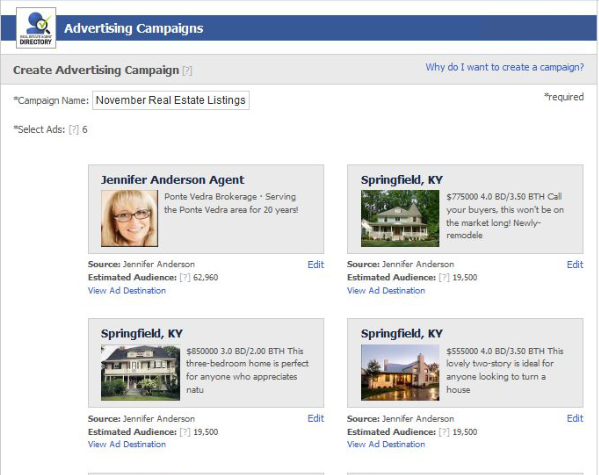 Agents can select up to six listings per campaign, which can cost as little as $2 per day, the company said. When users click on one of the listing ads, they are taken to its detail page and to the agent’s profile on N-Play’s real estate directory.

Today, the National Association of Realtors passed a new social media policy allowing individual MLSs to determine their own rules for listings display on social media sites. Many already have developed and implemented their own policies.

Another player in this space has been Los Angeles-area software company AppLa.Bz, which has developed a similar Facebook IDX application and signed up Northern Colorado MLS Information and Real Estate Services (IRES); Lisle, Ill.-based MLS MRED; and, most recently, San Diego-area MLS Sandicor. Currently, Sandicor’s nearly 16,000 members have exclusive access to the app in California, AppLa.Bz said in a press release last month.