Open Home Pro — the developer of an iPad app that helps real estate agents capture and manage open house-sourced leads — has launched an iPhone version of the app today that features the near-instant ability to post and share new listings.

"We tried to think of something different (for the iPhone version of the app)," said Andrew Machado, founder and CEO of Open Home Pro.

The $2.99 iPhone app allows agents to snap unlimited photos of their properties, which are automatically uploaded to Open Home Pro’s servers. After adding details about a property — like number of bedrooms, bathrooms, square footage and price — they can then share a new listing via Facebook, Craigslist and HTML-enabled email.

Creating a listing on the app also automatically creates a standalone mobile-optimized listing webpage, hosted on Open Home Pro’s servers, that makes it easy for viewers to contact the agent via email, "like" the listing on Facebook, tweet it to their followers on Twitter, and "Pin" it on their Pinterest page. Users can also comment directly on the Web page using Facebook and view the listing’s photos via a swipeable slideshow.

The iPad version has similar capabilities, but new and exclusive to the iPhone edition, in addition to streamlined photo-uploading, is a mini-social network for agents who can follow one another’s listings and find out when their colleagues have new listings, open houses and have made a sale. 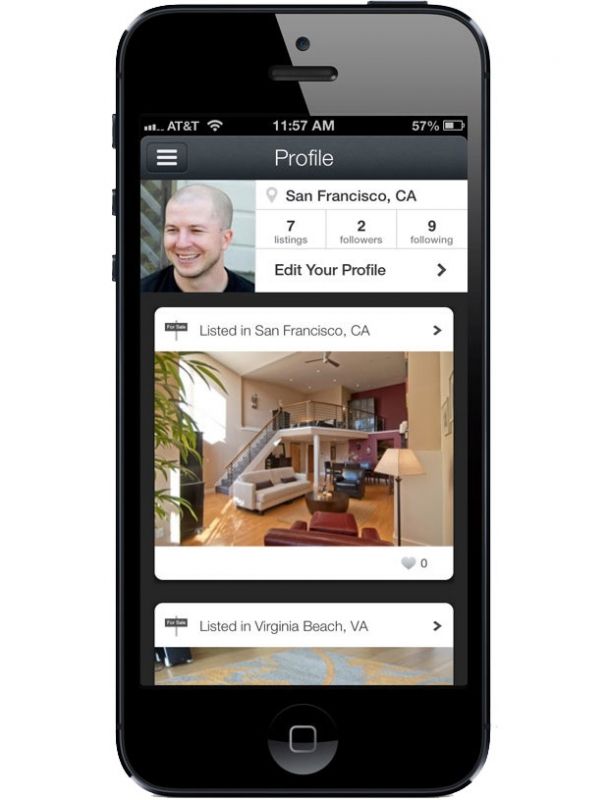 The Open Home Pro social network profile view shows agents’ headshots and the location where they operate, how many active listings they have, the number of agents who follow them and how many agents they follow. Below that brief intro, the agents’ listings show up as image blocks that each link to the property’s Open Home Pro Web page.