Real estate transactions can be complicated.

They involve multiple people, forms to explain and fill out, and rules and regulations to navigate. There are ever expanding ways of communicating and sharing information, and often there’s a great deal of emotion on either side of the deal.

Real estate transactions can be complicated.

They involve multiple people, forms to explain and fill out, and rules and regulations to navigate. There are ever expanding ways of communicating and sharing information, and often there’s a great deal of emotion on either side of the deal.

The key to simplifying this process? System design.

That’s according to Eric Bryn, vice president of digital innovation at Chicago-based brokerage Baird & Warner Real Estate. Bryn will be joining five other panelists to discuss how to make buying a home "as easy as buying a latte" at Real Estate Connect New York City, which runs Jan. 16-18 at the Grand Hyatt New York.

On a panel called "What does the industry need to do to make the ‘Latte Vision’ happen?" Bryn will add insights from his own experience as both a systems expert and a coffee lover.

"If you look at one of the most successful latte companies out there, Starbucks," he said, it’s the people involved in a transaction — the customer and the barista — who are most important.

"First is information. Starbucks has almost perfected the art of information to the barista," he said. Starbucks trains its workers to take orders in a particular way, stack cups in a specific fashion, and use a certain nomenclature and taxonomy to ensure the barista understands sometimes very complicated orders correctly.

"They have a great system to support the barista for the barista to deliver an exceedingly great experience to the customer. They have a culture. It all centers around the barista. And if there’s a mistake, it’s immediately corrected. That’s part of the latte vision." 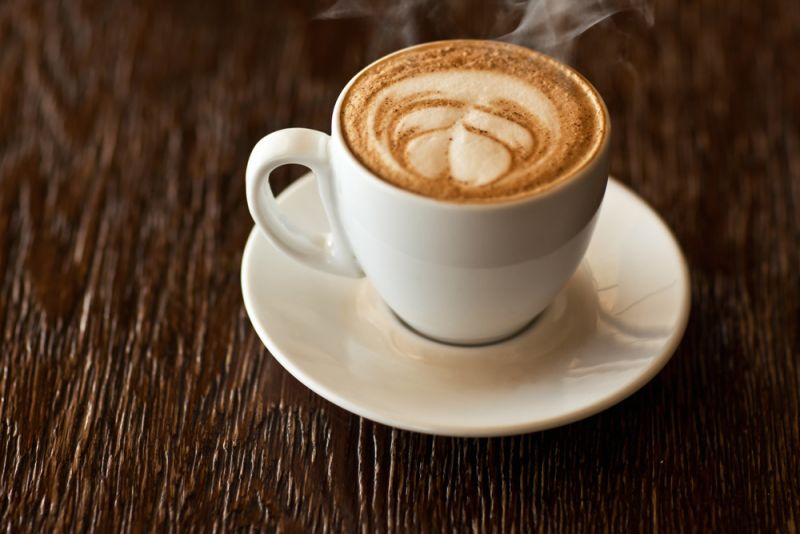 Bryn believes real estate systems should work similarly. An elegant system design can support a better, simpler experience for both the sales agent and the consumer while keeping the sales agent at the center of the process, he said.

"The biggest problem (in the real estate industry) is in the age of technology, the age of social, the age of mobile, how can I better align the client with the sales associate to make sure that conversation is meaningful, engaged and informative?" Bryn said. "My whole goal here is to create a system that centers on that."

Bryn started out in real estate as a director at Leading Real Estate Companies of the World (LeadingRE) in 2003, eventually becoming the network’s vice president of strategic development. He stayed for nearly eight years before joining Baird & Warner in October 2010.

Before LeadingRE, Bryn was director of product development at Markets on Demand, an email marketing company that focused on the concepts of curating an audience by delivering relevant marketing information based on consumers’ life events — getting married or having a baby, for instance.

This sort of "predictive analytics" for more efficient marketing is now common among major retailers. Marketing and technology company Acxiom acquired Markets On Demand in November 2002.

Before Markets on Demand, Bryn worked as a product development manager at Incent, where he streamlined the development process for the company’s financial planning decision support software.

Bryn said his career path has been centered "around data and around systems design and it’s been around experience — how can data system design deliver a better experience?"

He said he "fell into" the job at LeadingRE in 2003 when someone there recommended him to Pam O’Connor, LeadingRE’s president and CEO. At the time, the concepts around content marketing and social media were beginning to emerge.

"It’s hard to believe social media hadn’t come out of its college phase at that time, but she gave me the opportunity to explore how agents could integrate" social media and focus on return on investment from it, while not losing sight of the fact that "their job is around sales," Bryn said.

That struck a chord with some brokers, and many invited him to speak on then-new topics such as search engine optimization, blogging, and online lead management, he said.

At Baird & Warner, Bryn has evolved online lead management to what he considers his biggest accomplishment at the firm so far: the development of what he calls its "Web+social+mobile+integrated" customer relationship management system.

Starting this month, Baird & Warner began a progressive rollout of the CRM that will first be available to a select group of agents and eventually to all of the firm’s 1,500 agents. The CRM is integrated with the brokerage’s website, each individual agent’s Internet Data Exchange (IDX) website, and more than 4,000 individual property websites, Bryn said.

The CRM includes Google APIs such as Calendar and Contacts, so when an agent adds a calendar entry or a contact, those entries sync with the agent’s CRM, desktop and smartphone, no matter where they were entered.

Agents can also tag clients to segment their database and deliver targeted marketing, Bryn said. For instance, agents can tag prospective clients they met at a particular open house and then follow up with a marketing campaign built into the system itself, he said.

The CRM’s functions are premised upon how busy agents work, he said. When Bryn started out at Baird & Warner, his first task was to interview agents and ride along with them while they worked to see where the brokerage was succeeding, where it was failing, and where it could help make agents’ jobs easier.

One of the first innovations to come out of those interviews was a seller report delivered through Google Analytics. What had previously taken an agent an hour to do was now available at the click of a button, Bryn said.

"The idea is we’re saving them time. Doing these administrative, mundane, secretarial data entry (tasks are) not the best use of their time," he said.

The CRM allows agents to set up a client record and then enables the agent to see a registered client’s favorite searches and favorite listings whenever the client logs on to the Baird & Warner website.

The premise behind the CRM is that agents carry their personal brand wherever they go, whether online or in real life, Bryn said. With information gathered through the CRM, agents can continue conversations with clients that began offline and reduce the possibility of surprises about what clients want, he said.

"I have an ability to deliver to them a better level of service because I’m armed with more information," Bryn said.

The goal of the CRM is also to help agents work smarter, Bryn said. For instance, an agent sends 100 people a marketing email. The CRM notes that 10 people opened it and three of those people then logged onto the Baird & Warner website. "Where am I going to focus my energy? On those three people," Bryn said.

Agents are "very upfront" with clients about tracking their activity, Bryn said.

Indeed, Bryn said he and other consumers have come to expect a level of service that can be achieved only through documentation of interactions with clients and their preferences.

"(The CRM) gives agents insight and intel into what their registered clients are doing through the Baird & Warner marketing matrix," he said. "They can see how the client’s been progressing through the system."

"It’s no different really from what (online shoe and apparel company) Zappos would deliver, what online insurance companies would deliver. If you call in with a situation, there’s a record. Allowing the sales associate to remain in touch, have insight, already know the answer to the question before they are even asked by the client — that’s the basic (strategy for) arming them for success."

In his blog, Real Estate Relativity, Bryn has written about how consumer experiences with retail set expectations in real estate.

"Before a consumer decides to purchase a home (whether first-time buyer, move-up buyer, etc.) how many times has he or she purchased products via Amazon, Zappos, iTunes, or visited Target or an Apple Store? Hundreds of times. Thousands of times. And in some cases likely tens of thousands of times. Think of the experience these entities deliver, the baseline expectations their consumers bring to the door when they begin their real estate experience," Bryn wrote.

Bryn said his focus for next year will be to fully integrate consumers’ mobile experiences with Baird & Warner’s customer service. Where is Bryn looking for inspiration? Again, retail.

"Just start following some of the great retail establishments, download their app, go to the store. See how the store reacts, have fun with it," he recommended.

This year, the Chicago Tribune chose Baird & Warner as the third "best place to work" in the Chicago area; workers credited the companies on the list with "dynamic, supportive and inclusive cultures," the Tribune said.

Baird & Warner’s culture is a major factor to its success, according to Bryn.

"Nothing is developed here without direct agent input," he said.

The brokerage’s CRM has been through several rounds of beta testing, but the only way that’s possible is because there have been 30 to 40 agents willing to help improve the product for the brokerage’s many other agents, Bryn said.

"They’re so devoted to the concept they basically give a little of their time," he said. But whether they adopt new technology depends on him, Bryn said.

"The hardest part about getting agents to adopt is design — design rollout, experience, training. That’s the challenge; that’s what keeps it fun," he said.

He is managing the CRM’s rollout using the CRM itself, he said.

"I like to say I’m biting down on my own platitudes," he said. "I hope I don’t break my teeth when I’m doing that."

In order to provide technology products, Baird & Warner both builds internally and partners with other companies. The Enterprise Network, a group of independent brokerages, developed Baird & Warner’s CRM. Baird & Warner will continue to add products to the system, partnering when it doesn’t make sense to try to recreate a product, Bryn said.

In order to choose which companies to join forces with, brokerages should "have a clearly designed set of filters for a partnership that you put every company through," he said.

At a minimum, any products added to the CRM will have to resonate with agents and be accessible through the system’s single sign-on process, Bryn said.

Bryn, 47, is an avid cyclist, riding 30 miles to and from his Chicago office two to four times a week, year round, whether it’s 100 degrees out or minus 20 degrees. Cycling is the "most efficient way for me to keep in shape, (so) I can pretty much enjoy life," he said.

That includes regular doses of espresso. "I think one of the most pure joys of my life is pulling a perfect espresso from my La Pavoni," he said.