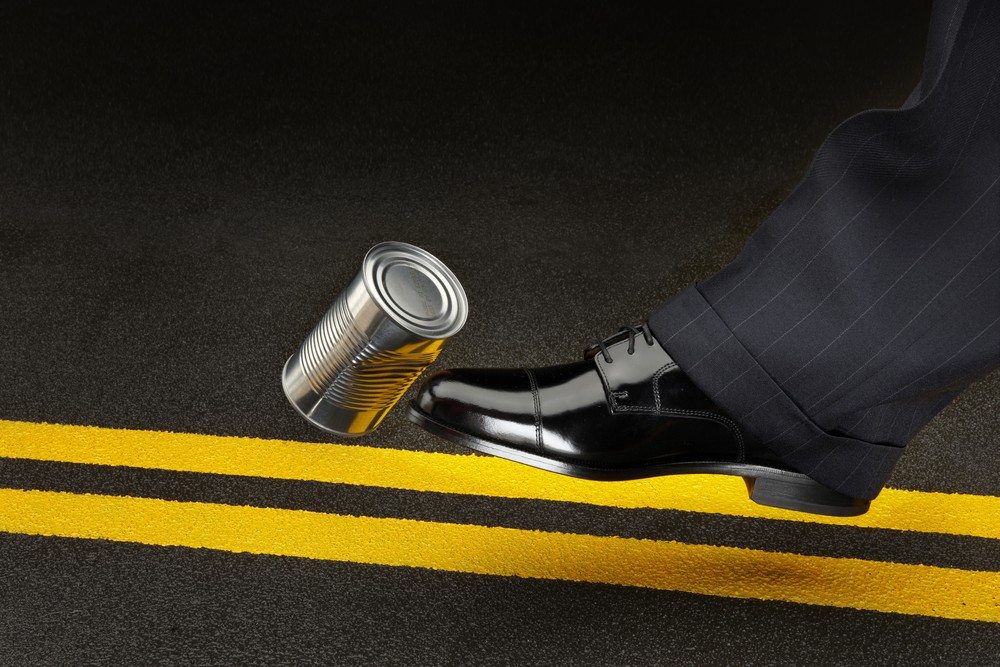 All refused to cooperate with the others. The Merkel Plan for endless sacrifice is done in Italy, cash heading back to U.S. bonds and mortgages for safety.

Here at home the prospect of economic dampening by sequester also helped the rate decline. New data were garbled by January tax changes pulling some activity into 2011 and pushing some out; and housing numbers improved but are seldom reliable in winter.

Many had hoped fourth quarter GDP would be revised up to significant growth, from minus 0.1 percent. Instead, we got only to plus 0.1 percent. The Chicago Fed’s national index for January fell back below trend, but February’s manufacturing index, released today by the Institute for Supply Management, rose to a surprising 54.2.

Perfesser Bernanke’s testimony to Congress this week made me sad. He has aged greatly, too tired for combat with the worst of Congress, the self-important chewing on the best of us all.

Maybe the worst of the Great Recession is over, corner turned. Maybe nothing but patience is required, just another few years of the Fed’s QE ministration and super-low-rates to get our economy going. Housing is better — maybe soon dramatically so — and the stock market is certainly buoyant. Maybe.

But every day I get mail — temperate, well-argued, scholarly mail — questioning the central banks, all of them everywhere. Most of the worrying is standard: inflation risk, debased currency, currency wars, new bubbles, collapsed return to savers, distorted markets, debt deception, and cycles intercepted that must be allowed to play out.

There is a deeper, unsaid worry. Wise old hands say that what you’re looking for doesn’t get you, it’s what you’re not looking for that does. The deeper trouble-thought: What if the central banks, trying to buy time and to bridge us to a sustainable future, are buying time alone? Cumulative trouble too tough, sustainable not available?

Civilians and too many pros focus on bad banks, bad bankers, and bad loans. They figure if we clean that up and regulate hell out of it all, then we can move on.

However, the real problems going back 20 years: the West has been undermined by predatory Asian exports, and has borrowed to the eyeballs to maintain its standard of living; and the Asian effort has backfired in distorted economies and too much debt of their own. The stock market and credit bubbles were symptoms, not causes.

The Bank of Japan is about to embark on an experiment never before undertaken: to induce inflation. Not to stop a credit deflation in a liquidation spiral, but in a sclerotic, un-reformed, primitive economy with a dysfunctional political system, national debt some 230 percent of GDP, while hoping that interest rates on that debt will stay low despite the BoJ trying to create inflation.

Pointing to Europe’s weakness is unseemly piling on. However, nothing is holding the place together but the European Central Bank’s defiant promise to buy sovereign debt if markets deign to dump. No force of economics can generate recovery in the south, not while it is buried in euro-debt.

Here, all the voices wanting the Fed to pull back… imagine if it did. Weeks, maybe days, and back to systemic bank run. We have no guarantee that Perfesser Bernanke’s medicine will work, but have no Plan B, here or anywhere. So keep the faith. And the next time he shows up in Congress, probably his last time, mind your manners.

The New York Fed’s series on consumer credit is a fine read. Their newest release trumpets progress in deleveraging, but the chart below tells a different story. 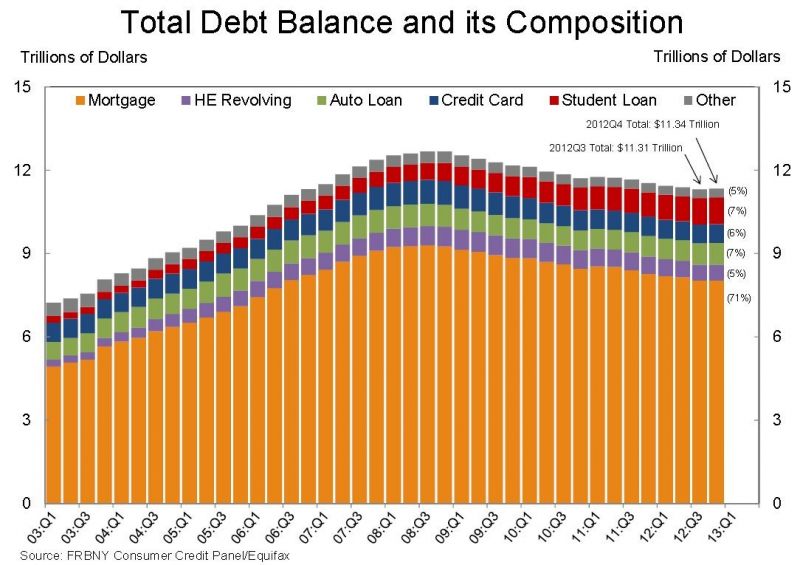 The accounts shrinking are credit card balances and mortgages, but consumers and housing are supposed to lead this recovery.

The only real growth is in student loans, painful for nearly all borrowers, and car loans — collateral easiest of all to repossess.