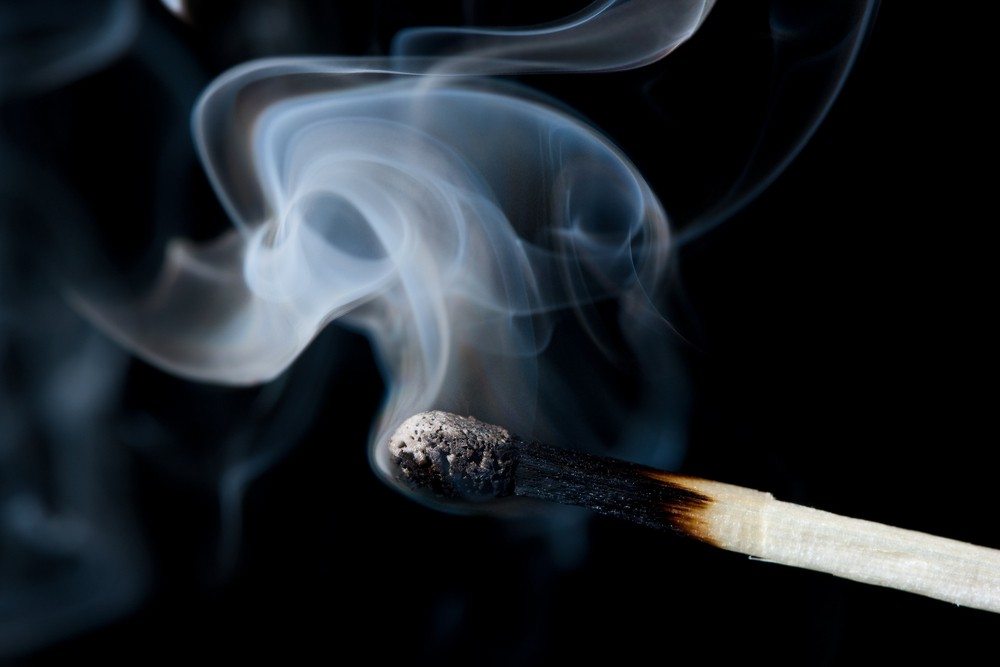 One of many roads converging on perdition: quarreling with economic reports.

Many people do, usually for political-conspiracy reasons, but professionals are trained not to. You’re told from day one: "Don’t fight the tape." Don’t fight the news, or the market.

One of many roads converging on perdition: quarreling with economic reports.

Many people do, usually for political-conspiracy reasons, but professionals are trained not to. You’re told from day one: “Don’t fight the tape.” Don’t fight the news, or the market.

At dawn today came glorious news: In February the nation added 236,000 jobs, and the prior two months were revised up another 61,000, in sum double the forecast.

When you’re hit by one of these surprises, you stare at the market effect before studying the report: Stock market futures rocketed before the open, and bonds tanked.

Then … think. A quarter of a million jobs in February? February? Howzzat?

Internal aspects of the report do not confirm job heat: Unemployment fell mostly because of another shrink in the workforce; the average workweek increased by six whole minutes, not exactly flooded with overtime; hourly earnings rose at the same pokey 2 percent annual pace, $0.04 per hour; and involuntary part-time — those who would take full-time work if they could find it — was unchanged at 8 million souls.

The almighty Bill Gross took a moment to toss a can of gasoline into the blaze, doubling Pimco’s 2013 GDP forecast, barely 60 days old, to 3 percent growth for the year. You may safely assume he’s short bonds, trying to make the day as bad as possible.

At midday today not even the markets believe the job data: the Dow up only 23; the 10-year T-note damaged, but trading 2.06 percent, above the 2013 top by only 0.03 percent; mortgages holding in the high threes.

The Institute for Supply Management reports in the mid-50s showed some modest health in February. Next week we’ll hear from small business, at all accounts still stalled.

Housing is still the darling of all optimists … change there? MGIC every 90 days releases a regional summary for its underwriters; of 73 markets covered, suddenly 25 are rated as “improving,” the best since 2005. But, improving from what? Thirty-two metro areas are rated “stable,” 23 are “soft,” and the last 18 are “weak.” Not one single market rates “strong.” MGIC’s adjectives are based on price appreciation. Housing is better, and will get better yet, but is not yet pulling the economy forward.

Financial media trumpeted the rise in household net worth, certainly a good thing, but aggregate home values are still a little below 2006 — $5 trillion below.

One trend change: Mortgage balances outstanding did not drop last quarter for the first time in seven years. However, they did not drop because foreclosures have slowed to a crawl, lenders preferring to mothball the zombies rather than take political heat from proceeding. Mortgage supply is tick-tight.

Ahead for the economy: the sequester. Maybe we can pull $85 billion out of spending and grow our way right through it. The New Year Cliff resulted in another immediate $62 billion tax increase, most of it payroll taxes hitting everyone.

Every datum out of Europe is weaker than expected, political-economic resolution farther away than ever. A new chairman next month will take over the Bank of Japan with instructions to print, and nobody knows the outcome of this all-time origami party.

Long-term rates, mortgages, are certain to rise in years ahead. If today’s employment data are reinforced by future reports, and confirmed by other data, then rates can rise fast and the Fed will revise its plans. The Fed this week published forecasts of yield on the 10-year T-note, all upward, mid-2014 to 2.5 percent but with a 70 percent error range (give or take 1 percent); by 2017 to 4.5 percent but error plus or minus 2 percent. 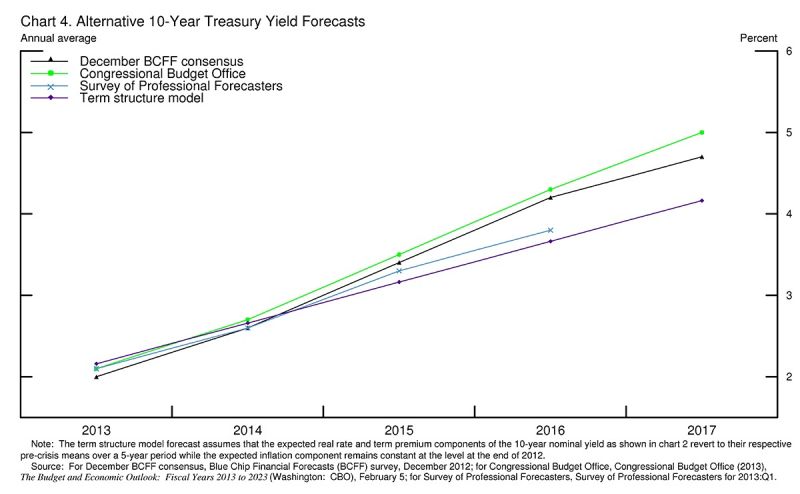 We (the world) have never been in a predicament like this, and the exit is going to be as unpredictable as the entrance. Perhaps the most unpredictable single aspect: As the economy does better and rates rise, at what point would higher mortgage rates intercept recovery? In my disbelief today, I think we have quite a ways to go before we have to worry about that.

Nice, tidy, steady slope, unanimous forecasts in the chart above. But the second chart, below, might as well say, “Never mind.” 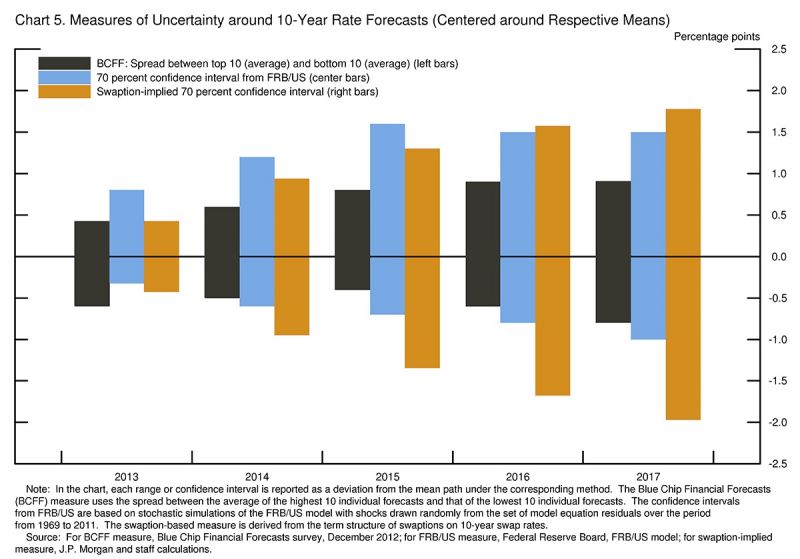