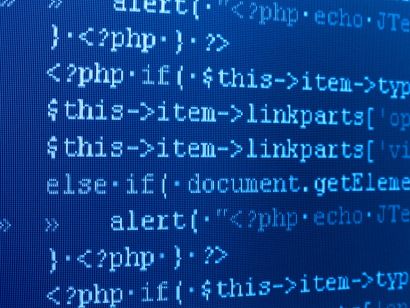 Last week I wrote a column about the authorship tag. It tells Web software who wrote a particular piece of content, such as a listing.

This week we’ll go a step further and tell software where the original version of the listing can be found. It uses the same technique — a simple line of code that is invisible to people.

It’s called the canonical tag. Since so many things in the digital world are already referred to as “source” — source code for software, source attributes in images, open source/closed source, etc. — I suppose we can forgive the namers for using a fancy word like “canonical.”

In the same sense that the author tag from last week simply tells machines the same thing we already tell people, the canonical tag also tells machines what we already share: where can the original source for this listing be found.

Telling people where to buy the listing

Currently, consumers know where to find the source of a listing. We display this to them by saying who the broker is.

If a consumer wants to buy a property and if we don’t make it exceptionally clear where they can buy that property, then we are introducing inefficiency into the market — not reducing it. By adding extra steps and hoops for consumers to jump through in order to find the property, who is being served? The consumer? The buyer’s agent? The listing aggregator? The person who wrote the listing? The person selling the house?

It’s a mess in there. That’s why we tell people, to help them figure out who must be contacted in order to buy the house.

Telling computers where to buy the listing

Using the canonical tag, search engines and other software know where to find the site which is responsible for listing the property. It doesn’t prevent anyone from showing the property information on their own site.

It simply says what we already tell people: this listing is coming from someone.

It’s important to note that it doesn’t prevent anyone from showing the property on his or her website. It doesn’t insert something that autodirects the user from an aggregator or a competitor using Internet Data Exchange (IDX) over to your own site.

But it does tell search engines like Google that the original version of the content can be found online and it can be found because the canonical tag tells them where to look.

If every site that showed a listing — aggregators and other syndicators, IDX sites from brokers and agents and so on — included the canonical tag then we’d be telling machines the same thing we are telling people.

This would give computers some consistency in trying to figure out what to do with listing information, which looks the same on thousands of sites by definition.

I know several of my readers will be a step ahead of me here. They’re saying to themselves: “Self, if we all tell Google where the original version of the listing is, then our listings won’t all be duplicate content!”

It’s true, if Google knew which of the thousand exact copies of listing data were the original, it would tilt the search equation a little bit in the favor of the person who originated that listing.

But isn’t the person who originated the listing someone we have to know anyway, in order to do the transaction? This is a good place for my standard caveat of “I don’t sell real estate,” so you can correct me if I’m wrong about this.

Using the canonical tag — if it’s pointing at the page on the listing broker’s website that contains the listing data — will likely make that specific page perform better in searches. (Note: Google does not automatically always listen to canonical tags 100 percent of the time. It considers it a strong suggestion. However, given that duplicate content is something it is always trying to deal with and listing data is a significant source of duplicate content online, I think Google would pay close attention to this guidance.)

On the other hand, those who have only a few listings — and likely fewer resources to do search engine optimization work — will be protected equally on the listings they wrote.

In order to make the canonical tag work well, it would have to be consistently applied both on IDX and also on syndication platforms.

From a technical standpoint, it’s straightforward: include a canonical tag in the header which points to the original source of the listing, just like one would already display who the listing broker and agent are. This is one line of code, which is shorter than this sentence I wrote to describe it.

From a policy standpoint, I imagine there might need to be some discussions. But they don’t have to be long or arduous. Simply let the broker decide what the canonical link should be. Some brokers will be generous and pass them through to agents. Other brokers may strategically decide to link to the brokerage site instead. Others still may choose to sell the canonical link to someone else for some reason.

All of this is fine as long as the canonical link points to a page containing the IDX and syndicated data. In other words, don’t be tricky — just point people to the original listing.

This might make some people uneasy at first. But I think, if it were a clear, consistent policy, it would help all aspects of the industry.

It would help consumers because they would have a chance to visit the site of the people who know the most about that particular piece of property, instead of random sites that may not even have anything to do with selling real estate at all.

It would help brokers and listing agents because consumers would know who the listing agent is and who to contact specifically. The discovery phase of this task would be quicker.

It would help listing aggregation sites like Trulia, Zillow and realtor.com by allowing them to focus on branding, generating unique content, and providing unique value to their customers. Aggregators could continue to have a giant searchable pile of listing data to show site visitors, sprinkle ads around, and use to sell services.

Aggregators simply wouldn’t be telling Google that they are the original version of the listing. Doing this would alleviate a great deal of the tension that is created by aggregators using listing data to outperform their customers — the people who create the listing data.

Time to tell Google who owns the listing

5 tips for staging your home
Back to top
TOMORROW: Leaders from eXp, Corcoran, RE/MAX, The Agency, and more are speaking virtually at Connect Now. Listen or watch live + receive the replays.Register Now×
Agent Appreciation Sale: Inman Select for only $85.CLAIM OFFER×
Inmanpot
Log in
If you created your account with Google or Facebook
Don't have an account?
Create an Account
Forgot your password?
No Problem