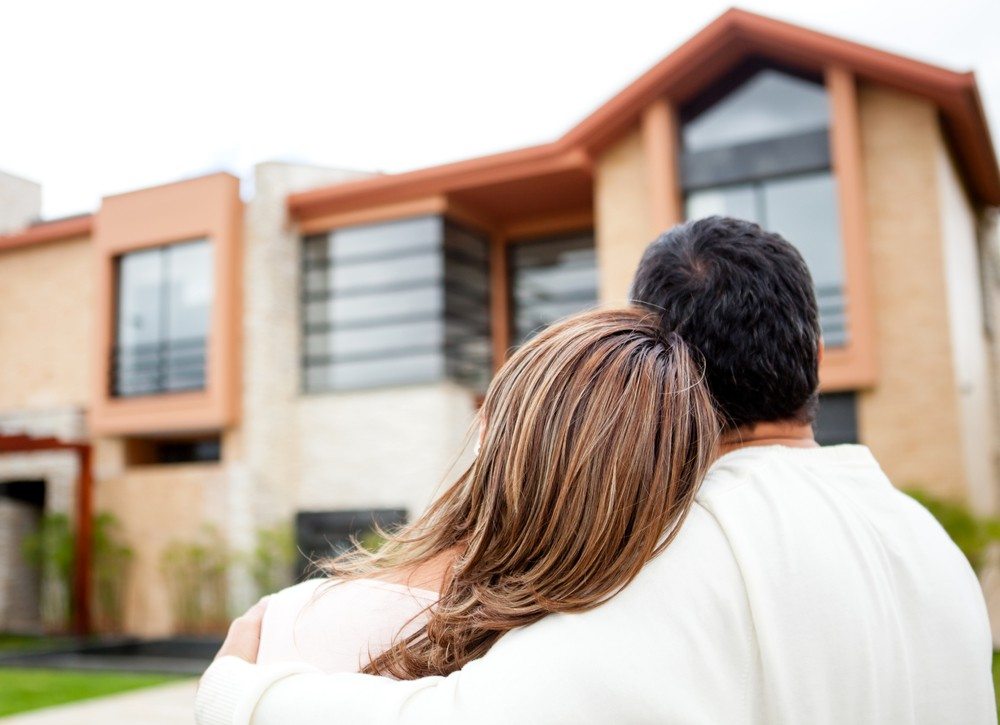 It’s the kind of language not heard since the height of the boom. In Westminster, Colo., broker Chris George reports listing prices that seem “almost egotistical.”

It’s the kind of language not heard since the height of the boom.

In Grand Haven, Mich., “We list them and they’re gone,” says Realtor Lisa Franklin. “The longest market time on any home placed on the market this year for me has been four weeks. We need more inventory for sure.”

Having heard anecdotal reports that buyers in some overheated markets are pulling back because they are nervous about the potential for another bubble, Inman News asked agents and brokers what they’re seeing in their markets.

Although most real estate pros said they haven’t seen buyers getting cold feet yet, the language they use to describe their markets sounds eerily like a description of the conditions in many markets around the nation in 2005 and 2006, just before the housing bubble burst. Nothing screams “housing bubble” quite as loudly as a severe imbalance between supply and demand.

“Some of my investors in Phoenix are holding back because of that fear,” said Laura Couch Strebler, in a comment on the Inman News Facebook page. “My OO (owner-occupied) buyers who need to buy are plowing ahead and are frustrated because of lack of inventory.”

What’s different this time around, some say, is that loans aren’t as easy to come by. So no matter how overexcited buyers get, banks will curb their enthusiasm. Many of those who are snatching up the priciest homes can afford to invest considerable sums of their own money.

“I tell my buyers that a lot of foreign investors are coming in, and unlike the prior bubble, loans are so hard to qualify for, so everyone in their home can now afford it,” said San Jose-based broker Rich Kwok in a Facebook comment. “Plus since everyone is putting at least 20 (percent) down there is some skin in the game.”

Because homebuilders were idle during much of the downturn and many homes are still in foreclosure limbo, there’s no denying that there are just not enough listings to go around in many markets.

Anthony Rael, an agent with Denver-based Re/Max Alliance, said he does caution buyers about appraisal-related issues as they go prepare to bid.

But, Rael said, “I don’t believe buyers are pulling back at all — in fact, I believe the demand is strong because buyers feel like prices have bottomed out and are on the rise so they want to buy-in now before it’s too late. With interest rates remaining so low, they want to get locked in before something drastically changes.”

Astonishingly low mortgage rates, which the Federal Reserve has driven down in the hopes of stimulating borrowing and goosing the economy, have given qualified purchasers more buying power. A 1 percent decline in mortgage rates increases buying power by about 10 percent.

But some observers, like Zillow Chief Economist Stan Humphries, warn that when mortgage rates inevitably rebound, home price appreciation could slow or even reverse. That could leave buyers who qualify for loans with only minimal down payment requirements — like FHA and VA mortgages — underwater.

Many brokers and agents say they’d rather not see another boom-bust cycle, and advise their clients to enter bidding wars with caution. Even though agents might worry about overvalued homes, that’s not stopping buyers from bidding up prices, a phenomenon happening in markets with tight inventories across the U.S.

“I have seen a few parts of town that have shown significant price increases in a very short time and that does concern me (even if they appraise),” Rael said of the Denver market. “Buyers don’t seem to be as concerned about the price increases as I am, and ultimately it’s their decision.”

Rabin said there are some buyers who are leery of the buying craze.

“There’s definitely some buyers who will look at a market like this and will say, ‘I don’t want to get involved in this kind of frenzy. I’ve seen what can happen.’ ”

But overall, demand continues to grow “hotter and hotter,” he said. Rabin described one home located in the Georgetown neighborhood that received 14 offers after listing last weekend. The home sold for more than $100,000 above its listing price just days later, he said.

In advising buyers, Rael said he tries to align himself with where he feels an appraiser will come in on the value of a particular property.

“They appreciate the counseling and the advice but at the same time because they know there’s a lack of inventory they feel … they want to go for it,” he said.

In Denver, Rael has buyers who are purchasing with a VA loan who wanted to offer full price on a particular property, but he advised them to go lower.

The home was listed at $275,000. The buyers initially offered $265,000, and the sellers got them up to $274,000. But the appraisal came in at $266,000. Rael said that would likely kill the deal because the buyer doesn’t have the money to come up with the difference and the property is owned by Fannie Mae, which won’t negotiate.

Rael said he and the listing agent have two days to come up with comparables the appraiser might have missed. According to Rael, a property matching the parameters of this particular home in the MLS would not sell for less than $325,000. But the appraiser apparently used comps from last summer — not the customary three to six months.

“It doesn’t make sense,” he said. “I guess we (real estate agents) don’t necessarily always agree with the (appraiser) valuations that tend to be a lot more conservative and maybe not taking into account the current conditions.”

If the deal gets killed, Rael said he might have trouble finding similar properties because inventory is so tight.

Rael has four buyers under contract at the moment and several others in the prequalifying stage.

He says his buyers aren’t worried about rising prices when they come to him.

“Different people are in different stages of their lives and their careers and when the moment’s right and they feel that they’re tired of renting or the math, the economics of renting don’t make sense anymore, they’d just rather own,” he said. “They know interest rates are low (and) they don’t want to get left behind.”

Rael said that at $260,000, the median sales price for residential properties in the Denver metro has ballooned by $40,000 in just two years.

He thinks prices will continue to go up, but doesn’t think double-digit increases can be sustained.

“It has to be justified and sustainable over the long term vs. these short spikes in appreciation due to the lack of inventory,” he said.

Overall, he doesn’t think the Denver market is experiencing a bubble, but he does think certain parts of town feel “bubble-ish.”

“One of the hottest areas in the Denver market right now is in the Highlands and LoHi area and that’s an area that as a child I grew up in,” Rael said. “To witness what’s taking place there is mind-boggling. I hope that for all the people that are purchasing properties in those areas it can be sustained. I’m a little uncomfortable with how things are climbing in that area. I don’t want to see my friends and former neighbors get burned.”

Charles Roberts, co-owner of Your Castle Real Estate, said that, given “skyrocketing prices,” he’s starting to get questions from buyers about whether there’s a bubble.

“In Denver, we’re four years past our bottom. We’re almost certainly going to surpass our highs from 2006-2007 this year,” Roberts said. “Clearly the market’s going up, but given the record low inventory, we think we’re at least a couple years away” from price declines.

Roberts, who serves as a director on the Denver Board of Realtors, said he doesn’t think prices are going to start going down next month or next year, but they will go down at some point.

“Of course it’s going to happen. Prices go up and prices go down in every market, every city. Prices don’t go up forever.” But “if we’re saying a bubble is what we saw the last time I have no reason to think that’s going to happen again.”

Demand’s been so high in the Oakland, Calif. market that Hanna Kerns, a buyer’s agent with Red Oak Realty, wishes it would cool down.

The median age of the East San Francisco Bay metro’s inventory in March — 14 days — was the shortest in the nation, according to realtor.com. Median list prices jumped about 32 percent from a year ago to $445,000 — the third-biggest gain of the 146 metros realtor.com tracks.

Kerns doesn’t think the rapid increase in prices and multiple bidding scenarios indicate another bubble’s looming. But the market’s so overheated, Kearns said, she’s asking some of her buyer clients if they can wait.

“Inventory will increase,” she tells them.

“I’m exhausted,” Kerns said, talking to Inman News while on a week-long vacation in Colorado that’s ended up including some work.

In San Francisco, Coldwell Banker Real Estate agent Herb Alston said every agent in his office is worried that the market’s in a mini-bubble. Median list prices have jumped 23 percent from a year ago in March, to $799,000, and inventory has dropped about 38 percent in the same timespan, according to realtor.com.

One home in San Francisco’s Marina District that Alston recently wrote an offer on for clients received 15 offers and closed for $2.02 million, about 20 percent over asking, Alston said.

He told his clients that $1.9 million was too high for the property but if they wanted it, he’d help them bid for it.

In general, Alston said, buyers’ reactions to the charged market have been varied, differing on a case-by-case basis.

“I’ve had clients who’ve basically said, ‘I’m out,'” he said. One couple looking to purchase a home in San Francisco’s upper Haight-Ashbury neighborhood for $1.3 to $1.5 million suspended their search because they’re not interested in getting into a bidding war.

In another case, Alston said he suggested to clients that they overbid by $25,000 on a condominium just a few blocks from the popular Mission Dolores Park to minimize the bidding fracas that he felt would ensue if they submitted an offer nearer the asking price of $625,000.

$10,000 reward for catching Realtor's killer
Back to top
Keep up-to-date on tools and tactics to impress your clients and outshine your competition with the 2022 virtual bundle.Register Now×
Agent Appreciation Sale: Inman Select for only $85.CLAIM OFFER×
Inmanpot
Log in
If you created your account with Google or Facebook
Don't have an account?
Create an Account
Forgot your password?
No Problem