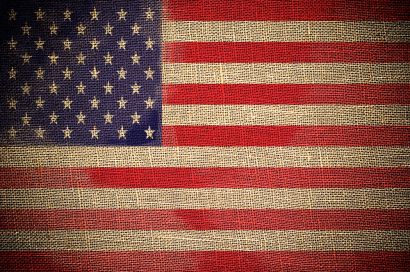 More soggy data have confirmed the poor jobs report for March, and so we’ve held on to the interest rate improvement set last week. However, some good news is on the way — legitimate good news, the kind that tends to hold rates down.

The National Federation of Independent Business’ survey of small business fell in March, breaking a three-month uptrend. But overall it was the same, going-nowhere pattern since 2009.

More soggy data have confirmed the poor jobs report for March, and so we’ve held on to the interest rate improvement set last week. However, some good news is on the way — legitimate good news, the kind that tends to hold rates down.

The National Federation of Independent Business’ survey of small business fell in March, breaking a three-month uptrend. But overall it was the same, going-nowhere pattern since 2009.

Big business thrives in global trade, but small fry are undercut by the same trade, especially wages. Today’s word of flat retail sales in March, down 0.4 percent excluding automobiles, had even the stock market drunks closing the bar for a while this morning.

The good news is in two odd pieces, first the U.S. budget and debt projections. President Obama has at last delivered a budget. The miracle is not so much the mouse birthing an elephant as how little there is to argue about.

In 2023 the President would spend $5.66 trillion versus revenue of $5.22, and the Republican alternative in Congress today would achieve balance at $5 trillion.

Perhaps the most important lesson of Bowles-Simpson’s report in December 2010: the mathematics of Federal spending and revenue leave little room for wiggling. Both parties have wrestled in the net ever since, but reality wraps them ever tighter.

Of course the Democrats want a perpetual deficit, and the President’s proposal has back-loaded the discipline (Do bears conduct some bodily functions in the woods?). But only $400 billion apart in 2023? Cut a deal and move on.

If the economy out-performs, we’ll be in surplus again, just like the Clinton accident. If it under-performs we’ll be back in austerity irons.

So, might you all think of ways to grow the show? NoooOOOooo. Bi-partisan snarling is too much fun. For voters, above all.

Thus in grand, traditional American form, our economy will repair, adjust, and progress by accident, gridlock a greater benefit than if — saints preserve us — either party got enough control to have its way.

The second batch of good news is a bit backhanded, but take it. I don’t know who started this line, but it’s a good one: “The U.S. economy is the cleanest dirty shirt in the laundry basket.”

The Wall Street Journal reported this week that Sanofi, the Paris-headquartered pharma giant, has tried to lay off and/or reassign workers at its Toulouse research facility. The 2,300 workers there have not come up with a new drug in 20 years. The French government is outraged, now considering a ban on any layoff by any profitable company.

In another report, Chilean mining of copper has gradually become uneconomic versus U.S. production, despite the 10-year environmental approval process here. A truck driver at a Chilean mine makes well over $70,000 per year. The same job in the U.S. pays $60,000. Here we have endured a grinding, 20-year wage freeze, undercut by global competition. We may now reap the benefit of that sacrifice, competitive once again.

China has for almost 30 years tried to out-do Japan’s bridges to nowhere (and the central tenets of Krugmanism) by forcing investment into its economy. China’s approach may be more destructive, as continuous excessive investment in production capacity has created ruinous oversupply which harms itself and the economies and wages of its trading partners. As it nears a conclusion, its fibbing about actual conditions has reached the Baghdad Bob stage.

This week China’s authorities released new and soaring export figures, a pattern suspect for years. Analysts were ready this time, crossfooting China’s numbers with the import numbers at corresponding nations, and exposed the sham so painfully that the chief customs statistician, Zheng Yueshing had to apologize.

Here in our rumpled and egg-stained shirts, we chew on each other, we spin and fume about what to do, but government statisticians do not lie about the facts.

While our leaders focus on zero-sum grabbing from each other, the rest of us in the most disorderly and undirected ways adapt and compete. Not bad at all.

But imagine if we actually tried to compete, top down, as government’s central purpose?

$14.4 million senior apartments sold near L.A.
Back to top
Only 3 days left to register for Inman Connect Las Vegas before prices go up! Don't miss the premier event for real estate pros.Register Now ×
Limited Time Offer: Get 1 year of Inman Select for $199SUBSCRIBE×
Inmanpot
Log in
If you created your account with Google or Facebook
Don't have an account?
Create an Account
Forgot your password?
No Problem