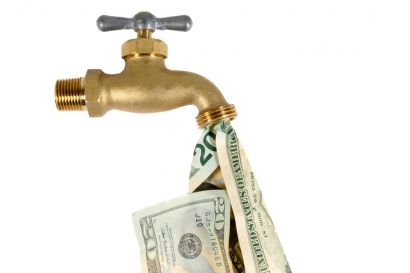 The average FICO credit score for mortgages approved in March was down slightly from a year ago, a sign lenders are continuing to ease up on underwriting, according to a report from mortgage origination software company Ellie Mae Inc.

The 743 average FICO score mortgages approved in March was the lowest since August 2011, when Ellie Mae began tracking and the average stood at 741. The average credit score for the first quarter overall was 746, compared to a 748 average for 2012 overall. Approved borrowers made down payments averaging 19 percent last month, the lowest since May 2012, with front-end debt-to-income ratios of 23 percent and back-end DTIs of 35 percent.

By contrast, those whose applications were denied had an average FICO score of 702 in March, with borrowers willing to make down payments averaging 15 percent. The average front-end debt-to-income ratio was 27 percent; the average back-end DTI was 44 percent, unchanged from last year’s average DTIs.

A number of real estate industry groups and players, ranging from the National Association of Realtors to Federal Reserve Chairman Ben Bernanke, have fretted that tight mortgage underwriting standards are creating significant drag on the housing recovery.

Not everyone agrees that mortgage credit is easing. Jonathan Miller, president and CEO of real estate appraisal and consulting firm Miller Samuel Inc., noted that Ellie Mae’s findings come from a sampling of only about 20 percent of all loan originations.

Ellie Mae’s results don’t “match with the Federal Reserve Senior Loan Officer survey results, my own experience nor anyone I have interacted with in real estate in past month. Volume is falling. If they wanted to raise mortgage volume they would ease credit but they are not. The (too-big-to-fail) banks in their recent announcements seem to be reducing emphasis on mortgage revenues,” he said in response to an Inman News Facebook post.

Other real estate professionals agreed. “I warn my clients to be prepared to give their arm, leg, and 1st born,” wrote Lakshmi G. Yokoyama, a mortgage consultant at Sierra Pacific Mortgage Corp.

Robert J. Spinosa, a loan officer at RPM Mortgage, commented that Ellie Mae’s findings did match up to what he was seeing on the ground.

“But I think that at least a small percentage of what can be perceived as ‘credit easing’ is in fact our better ability to advise, structure and execute with the tools we have,” he wrote. “But yes, I am optimistic and feel that things are moving in the right direction. It’s been a long time coming.”

Ellie Mae said the overall closing rate for loan applications last month was 55.1 percent, down from 56.8 percent in February but higher than the rate for any month in 2012 when the closing rate averaged 49 percent for the year.

Supercharging Your Sales Cycle: The Right Tools at the Right Time

How to pull off a real vacation from real estate

Mortgage rates drop for third straight week
Back to top
Network with CoStar, Redfin, Realogy, SERHANT., Divvy, and thousands more in-person at ICLV this October. Prices go up Sunday.Register Now×
Inmanpot
Log in
If you created your account with Google or Facebook
Don't have an account?
Create an Account
Forgot your password?
No Problem