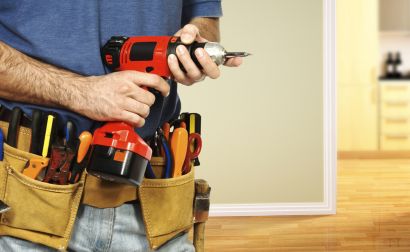 The Census Bureau has released an infographic that illustrates the level of commitment among many homeowners to improving their homes, highlighting some of the most common-remodeling projects and tallying up $359 billion in total investments from 2009 through 2011.

“When faced with a choice, many homeowners decide to improve their homes, rather than to move. They modernize the kitchen, replace the roof, finish the basement, add a bathroom, or make their home more energy efficient,” the U.S. Census Bureau said in a statement.

More than half of homeowners made improvements to their homes during between 2009 to 2011, according to data from the American Housing Survey (AHS), which is administered jointly by the Census Bureau and the Department of Housing and Urban Development (HUD). The median investment in a home-improvement project during that period, which was characterized by depressed home prices, was $3,200.

The top home improvements were made to appliances/major equipment (35 percent), flooring/paneling/ceiling (32 percent) and windows and doors (20 percent).

Among other things, the infographic also illustrates a finding of the AHS that a large segment of homeowners undertake home-improvement projects alone. Thirty-five percent of improvements made during 2009 and 2011 were do-it-yourself projects, according to the AHS.

My face is not my brand

Royal LePage adopts Imprev's new marketing platform
Back to top
We're giving away 3 free ICLV tickets at Connect Now next week. Register and attend live for your chance to win!REGISTER×
Inmanpot
Log in
If you created your account with Google or Facebook
Don't have an account?
Create an Account
Forgot your password?
No Problem