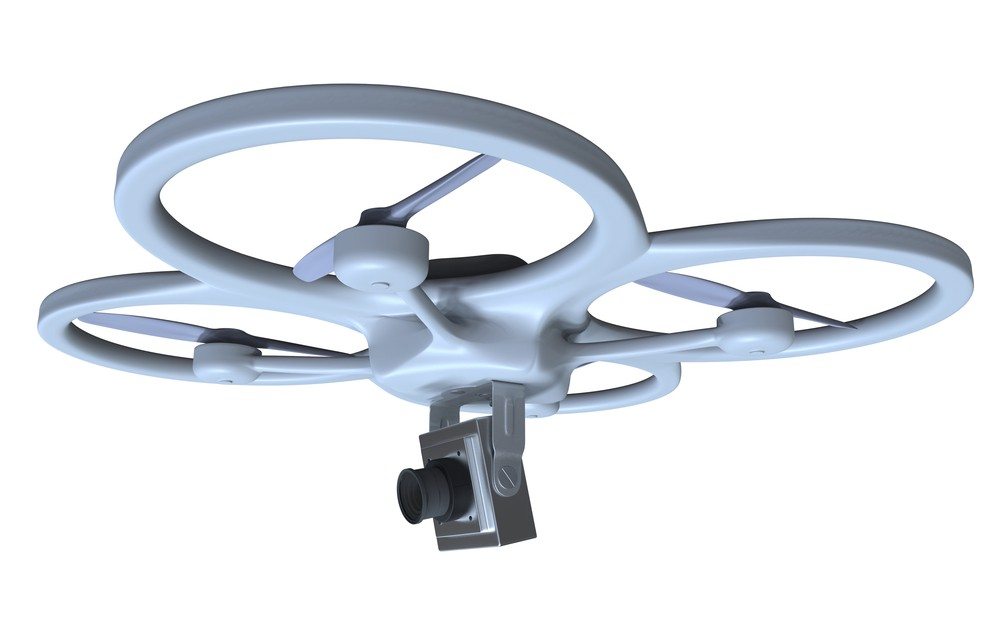 When real estate broker Phil Immel, leader of a seven-person team with Prudential California Realty, wanted to differentiate his luxury brand from others in Southern California, he thought of drones.

And two months ago, he came up with this:

Video shot from a drone to market a listing represented by Phil Immel’s brokerage.

“I wanted to feature and differentiate my listings and farm areas from every other agent’s,” Immel said.

Technology has advanced to a degree that small, remote-controlled drone helicopters are more affordable than they once were, and cameras and their image-stabilizing systems are better, making  aerial photography and video captured using drones an increasing phenomenon in a number of industries, including real estate.

Immel, who’s commissioned three videos of listings and four of neighborhoods from real estate visual marketing firm California Image Maker, is one of the first real estate brokers to enhance his sellers’ listings with aerial video imagery from small, technologically advanced remote-controlled helicopters, which feature multiple rotors and a stabilized location in their centers that holds a camera on a swivel.

Others, including Halstead Property in the Northeast, have been using similar four-, six- and eight-propeller ‘copters, which look a bit like an upturned spider with its legs splayed out and a propeller at the end of each leg, to capture aerial photographs of listings for a couple years now.

The helicopters (aka “drones”), which weigh about three pounds, are small enough to gather images at intimate, low heights that full-scale helicopters and planes, which real estate pros have used for a years to get aerial images and videos of properties, couldn’t reach.

Compared with images and video captured by full-scale planes and helicopters in the past, the smaller drones provide more impressive imagery, said Scott Magner, a Los Angeles-based photographer who works with California Image Maker. “You lose depth of field higher up,” he said.

The smaller vehicles can get into the midrange, about 300 feet above ground, said Matthew Leone, director of Web marketing and social media at Halstead.

“A house triples in value right near the water,” Leone said. Halstead has waterfront listings on Long Island Sound, in the Hamptons and in Hudson Valley, so the opportunity, he said, to showcase a property’s scope and location relative to water with a drone was valuable.

“The results are breathtaking,” Leone said. “It creates a water-cooler moment for the seller.”

So far, Halstead has used drones outfitted with an image-stabilizing system and professional-grade DSLR (digital single-lens reflex) camera to photograph somewhere between 150 and 200 homes in the last two and a half years, Leone said.

The idea for employing the small remote-controlled ‘copters to capture aerial shots of listings, Leone said, came from the drones that were used to assess the breadth of the BP oil spill from the 2010 “Deepwater Horizon” disaster in the Gulf of Mexico.

Halstead is experimenting with video, but, Leone said, the firm hasn’t yet figured out how to create stable-enough footage with factors like wind to contend with for use with advertising a listing.

Magner, however, has figured out a system with drones that creates smooth, high-quality video footage. It involves a $4,500 sophisticated image-stabilizing instrument called a gimbal, high-quality cameras, and lots of skill. 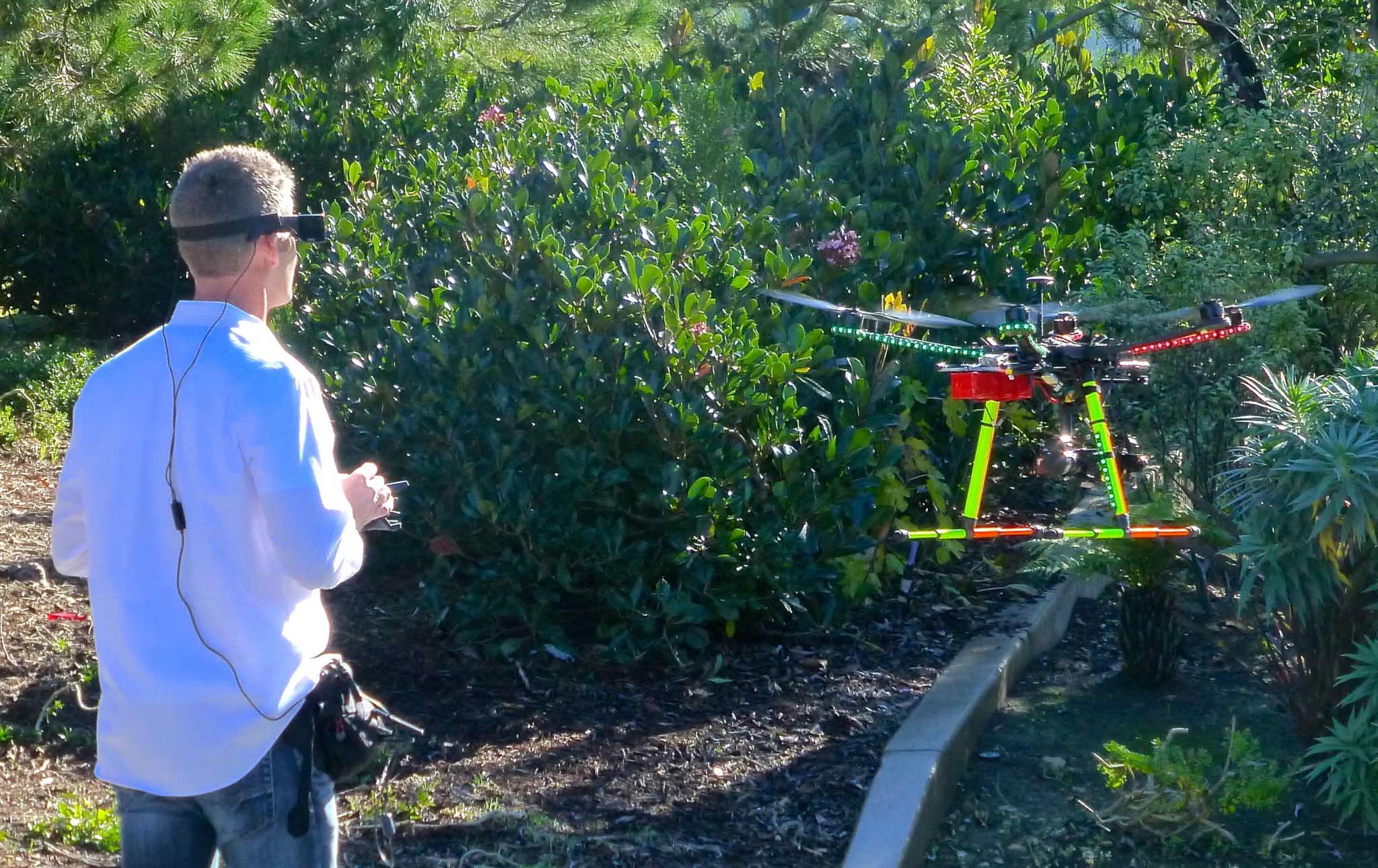 Scott Magner with one of his octocopters. Photo courtesy of Scott Magner.

Magner, who filmed the video above using an octocopter from Cinestar, uses special goggles that include a live video feed of cameras on the drone to help him pilot his fleet of 10 drones. “Your perspective changes,” he said.

So far, Magner, who charges $400 for aerial photographs of normal-sized homes and $700 for photos and video, has photographed and provided video for hundreds of homes in Southern California. And demand, he said, has risen 150 percent from a year ago.

“Once agents see the imagery, the service sells itself,” Magner said. “A drone is like a tripod in the sky,” he said. “It allows you to showcase a home like never before.”

California Image Maker has been facilitating aerial videos with drones for the past two months, said Stu Laureano, the firm’s regional director.

Not for amateurs, yet

The consumer-targeted four-propeller drone helicopters, which can be outfitted with the rugged GoPro brand digital camera, just aren’t ready yet for professional real estate photography and video, Laureano said.

Flanagan, who’s also a technology-focused contributor to Inman News, had the idea to use one of the consumer-grade drones, the Phantom from DJI Innovations, to do aerial photography of listings.

Residential Properties has an in-house video production team, a full-time videographer, a glide track and a Steadicam and sophisticated video-editing software. “The only thing we’re missing,” Flanagan recalled thinking at the time, “is aerials.”

Flanagan, inspired by a Colorado property tour using drones, was envisioning cinematic Hollywood video shots of listings, with sweeping views coming in from the beach.

“There’s a steep learning curve,” Flanagan said. The Phantom his wife bought him as a gift is now in the shop for repairs.

“It’s not a toy a Realtor should play with,” he said.

On the first time he took it for a spin, Flanagan lost sight of it in the air and shut the power off — thanks to the Phantom’s built-in GPS and satellite communication features and its programming, it flew itself back and landed right where it took off from after 40 minutes in the air, Flanagan said.

Not only is it tricky to fly, but the consumer-focused drone, which goes for $649 on Amazon, doesn’t provide stable-enough images to be used effectively in listings, Flanagan said. “They’re pretty sophisticated.”

His takeaway: Drones for real estate photography and video should be used only by professionals at the moment.

The Federal Aviation Administration (FAA) is still drawing up the rules for commercial drones, referred to as “unmanned aircraft vehicles.” Congress gave the FAA, which controls all of the airspace in the U.S. from the ground up, until September 2015 to come up with a plan.

In the meantime, the FAA — or police citing FAA rules — has shut down commercial drone operations, including real estate-related ones, in some states.

And last year, the New York Times reported, the Los Angeles Police Department, citing FAA rules, effectively shut down a Los Angeles-based photographer who used drones to make photos and videos of listings by warning real estate agents not to employ his services.

Right now, operating UAVs commercially is against FAA rules, said Les Dorr, a spokesman for the agency. If the FAA learns of a commercial drone operation, it sends out an inspector to explain the rules and considers shutting it down if the drones are operated in a risky, reckless manner.

But later this year Dorr said the FAA will release proposed rules for the commercial operation of drones that weigh less than 55 pounds. After a round of public comments and a final draft, the rules will allow drones to fly free and clear into real estate.

See more of what’s next in real estate at Real Estate Connect San Francisco July 10-12 at the Hilton Union Square.

Do you think drones are here to stay? Leave a comment below.

Virtual real estate tours get satellite enhancement
Back to top
Only 3 days left to register for Inman Connect Las Vegas before prices go up! Don't miss the premier event for real estate pros.Register Now ×
Limited Time Offer: Get 1 year of Inman Select for $199SUBSCRIBE×
Inmanpot
Log in
If you created your account with Google or Facebook
Don't have an account?
Create an Account
Forgot your password?
No Problem