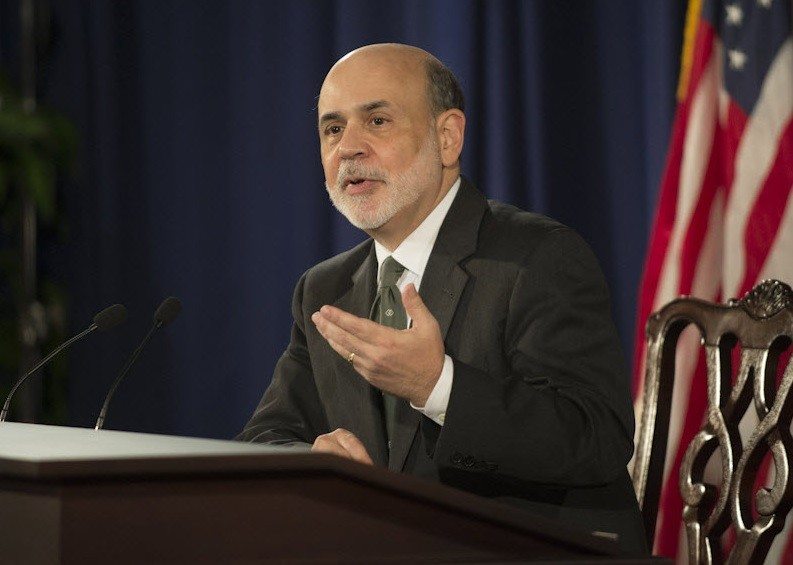 Interest rates on long-term bonds and mortgages have stopped their May rise, a little above the halfway mark of the low and high for the year. The tilt seems to be upward, but the trading pattern has been chaotic and artificial, trading on guesses at the Fed’s intentions to continue, trim or stop QE3 bond buying.

Bond markets everywhere always trade on central bank intentions to ease or tighten money in the future — nothing artificial about that — but the central banks themselves have for five years engaged in artificial, full-scale-emergency-experimental action to prevent a rerun of the 1930s, or worse.

Trading on central banks is once removed from the real drivers: inflation and economic growth. Every interest-rate analyst is always caught in this loop: What does the Fed think of incoming data, and how will it react, right or wrong?

Complicated today by this wrinkle: In normal times the Fed attempts pre-emptive action, knowing that its moves take six to 18 months to have effect. But these times are unprecedented, and no one in or out of the Fed has decent predictive tools. This is a pure, seat-of-the-pants deal, and the chairman in those pants will retire in seven months.

PIMCO has been the largest and most successful bond investment manager of the last generation. This week its CEO, Mohamed El-Erian, intoned (condensed): “The global economy will give way to one of two stark alternatives: either sustainable growth, or shortfalls, instability, social tensions, political instability and debt traps.”

Buried in the thread: “… in the next three to five years.” Translation: The world’s central banks still can buy time and have room for more heroics. Spitball from the back: “Three to five years” means you don’t have any damned idea.

El-Erian was joined by PIMCO’s Bill Gross, modern god of bond trading, saying the Fed has “12-24 months” of QE still ahead. Fire another sloppy wad at that guy.

Meanwhile the financial press publishes in bold any investment manager with a theory, or political angler, or boondocks Fed official (Kansas City’s Ms. George, Dallas’ Mr. Fisher, and Philly’s Mr. Plosser belong in “SNL” skits) — a stream of confetti blinding civilians and professionals actually trying to figure this thing out.

Avoid analysis, and review as much hard data as you can. In a seat-of-skirt deal, yours is as good as anybody’s.

The Fed would like very much to pull back from QE, if only to reduce its political exposure. But it must err on the side of slow exit for fear of an accidental economic abort, and not enough ammunition to reverse it. To pull back, the Fed must be content that the U.S. economy has entered a self-sustaining recovery.

The job market is obviously not in such recovery. Housing may be, but did not find ignition until the Fed drove mortgage rates to 3.5 percent only 10 months ago.

Technology is a strength, and some manufacturing, but the only other general sector doing well is actually a ruinous burden on households: health care.

In a spectacular accident, void of leadership, we have achieved the largest fiscal repair of any advanced nation, the federal deficit cut in half in just two years and falling (the “out years” are not pretty, but we have time for that). The Fed is justified in easing against that fiscal drag.

Inflation is sliding by every available measure (CPI, PCE, chained-mean …), the “core” versions very close to the danger zone below 1 percent. Gold has dropped 25 percent since last fall, $1,365 today, regaining its position as one of the world’s worst investments. Falling prices are grounds for Fed easing, not tightening.

Total bank credit outstanding has just now regained the level of 2008. The U.S. GDP has grown 14 percent since then, credit support provided entirely by QE. Consumer credit is contracting 1 percent every 90 days, mostly in mortgage accounts (capping housing recovery), and shrinking despite the hideous explosion in loans to students.

There will come a time for QE pullback and higher rates, but the data say this is not that time.

You can either overregulate banks OR have enough credit.

Banks have raised capital, now let them take risks
Back to top
We are less than 1 week away from Inman Connect! Get your ticket for $99 before prices go up next week.GET YOUR TICKET×
Inmanpot
Log in
If you created your account with Google or Facebook
Don't have an account?
Create an Account
Forgot your password?
No Problem