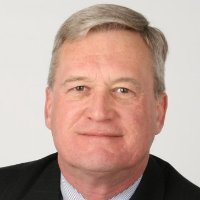 Bemis — the former CEO of one of the nation’s largest MLSs, Arizona Regional Multiple Listing Service Inc. — was hired by Zillow last year to forge alliances with brokers and MLSs. He left Zillow last month, having signed three MLSs to provide listing feeds to the popular portal, but expressing frustration that more weren’t willing to become partners.

Bemis has named his blog “Procuring Cause” because “everything has a cause, and ultimately an effect.”

The cause of his first post, he writes, is “unexpected unemployment,” and the effect is “unassisted outplacement.”

“While I had detected some significant movement in the industry as a whole, particularly a lessening in the stridency of the complaints I heard when I first joined Zillow in early 2012, I could point to no compelling value proposition that the MLSs wanted, and that Zillow was willing to offer in exchange, that would lead me to believe the results would change in the near future,” Bemis said in an inaugural post. “We both recognized that reality, frustrating as it might be, and decided it was time for me to move on.”

The blog, Bemis wrote, “gives me a platform from which to comment on happenings in our business, and to offer opinions that I might not have been able to offer previously for fear they would be attributed to the company for which I worked rather than recognized as strictly personal observations.”

But don’t expect “acerbic retribution” from Bemis against any of his former employers. “That’s not my style,” he says.

Other former portal employees who have started blogs and consulting businesses this year include former Trulia industry-relations representatives Matt Dollinger and Todd Carpenter, who left the firm in March. 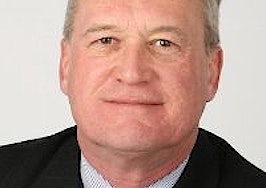 Zillow's point man with MLSs, brokers departs
Back to top
Only 3 days left to register for Inman Connect Las Vegas before prices go up! Don't miss the premier event for real estate pros.Register Now ×
Limited Time Offer: Get 1 year of Inman Select for $199SUBSCRIBE×
Inmanpot
Log in
If you created your account with Google or Facebook
Don't have an account?
Create an Account
Forgot your password?
No Problem