The San Francisco-based site’s listings, gathered from large brokers, landlords and directly from users of the free Zumper Pro landlord-focused iPhone app released in April, show up on the consumer app as a Twitter-like listings feed. Last month, Zumper took its listings site national from a beta launch in a handful of U.S. cities.

Users looking for a rental in a city can select any number of neighborhoods — the boundaries of which generated by a third-party firm — and set up alerts for rentals that show up in those neighborhoods in the users’ price range that will push them to the users’ listings feed.

The decision to develop the Pro version of the Zumper mobile app first was a difficult one, said Zumper co-founder and CEO Anthemos Georgiades. But it was the right call for his six-person team to focus on the Pro version first to help generate listings on the site and then to focus on the release of this free consumer one, he said.

The location-sensitive app, Georgiades pointed out, automatically opens to the consumer’s current city, and the location can be modified once it’s opened.

Currently, the Pro version of the app has more than 1,000 users, Georgiades said, and the firm is working on creating a branded version with syndication options that landlords would pay a subscription fee to use. Android versions of the apps are expected out later this year, he said.

The rental market has been hot recently with more Realtors specializing in rentals than they have in the last 15 years, according to the 2013 National Association of Rentals (NAR) member survey. Zillow and Trulia are in the early stages of monetizing their rental markets, and realtor.com will enhance its rentals offering thanks to an amended agreement in July between NAR and the site’s operator Move Inc.

Editor’s note: Users may filter Zumper listings by as many neighborhoods as they care to and are not limited to five as a previous version of this story incorrectly noted. 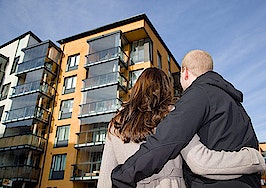 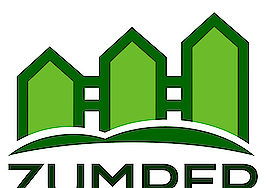 Zumper takes focus on quality rental listings national
Back to top
Only 3 days left to register for Inman Connect Las Vegas before prices go up! Don't miss the premier event for real estate pros.Register Now ×
Limited Time Offer: Get 1 year of Inman Select for $199SUBSCRIBE×
Inmanpot
Log in
If you created your account with Google or Facebook
Don't have an account?
Create an Account
Forgot your password?
No Problem