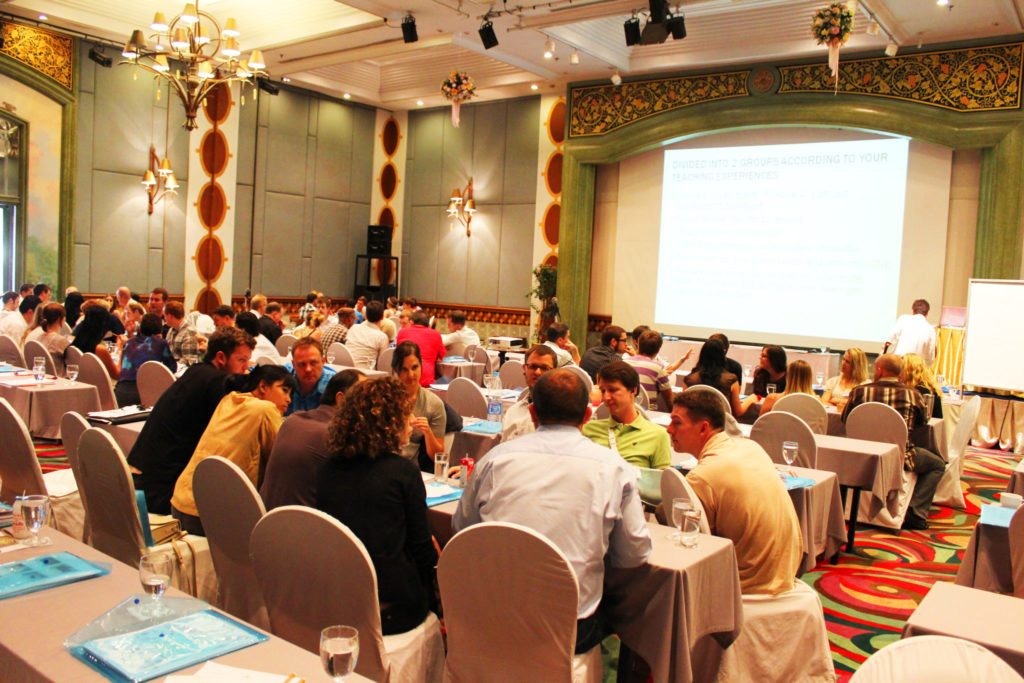 REBarCamp is celebrating its five-year anniversary this year on Nov. 7 in San Francisco in conjunction with the National Association of Realtors’ annual meeting. NAR is sponsoring the event and providing space for it. BarCamps are sometimes called “unconferences” because they are unlike structured conferences. The agenda and topics are determined by attendees at the event — in this case, real estate professionals.

I loved the very first real estate BarCamp that was held in San Francisco right before an Inman Connect conference in 2008. It was an amazing event and it started a movement that swept the nation.

It wasn’t held in a posh hotel and the acoustics and lighting were not perfect, but we were able to sit in circles and talk technology, social media and real estate. We shared our experiences and shared ideas.

Social media was five years newer than it is today and the iPhone was new, too. There was no iPad, and several of the products that real estate agents use today had not even been invented.

The event was a true BarCamp, and it all felt so grass-roots. There were no speakers or presentations. Instead, there were discussion leaders, and many of them were real estate agents.   The point of a BarCamp is to serve as a venue where we can learn from our peers. Sessions can go in unexpected directions and new ideas can emerge. A BarCamp session is not the same as a formal class or conference presentation.

After leaving that first BarCamp, I felt energized and excited. I felt I had learned more through that one event than I had learned all year long. Most of the attendees I talked to felt the same way. We did not really know what we were doing, but we had some great conversations and those conversations lead to new ideas, and friendships, too.

The last REBarCamp I attended was this year and was so bad that I left early and was irritated that I took time out of my busy schedule to go during the busiest part of the real estate sales season. An event isn’t really free when it is held during the hottest real estate market since 2006 — at least not for people who sell houses.

REBarCamps have changed, and I have more or less dropped out from helping with the events or even attending them. Most are more like formal conferences with an interesting collection of speakers. Conversations occur in between sessions, not during them. New ideas do not emerge, as the same topics are presented year after year. Let’s all acknowledge that “mobile” isn’t a business strategy and move on.

For some attendees, REBarCamps are a good experience. It is possible that even a bad REBarCamp is better than some of the other educational events agents are exposed to or required to attend.

What makes a REBarCamp a bad experience?

REBarCamp organizers I have talked to tell me that real estate agents cannot handle a true “unconference” experience and that the camps have to be organized into classes with designated speakers. There are too many agents who are behind and those are the agents we need to reach.

Fair enough, but we did manage to have a real BarCamp back in 2008.

How did that happen? Can we recreate it or is it something that could happen only once? Andy Kaufman, who was one of the original organizers, is going to be involved in planning this year’s event. That gives me some hope.

I talked to Andy Kaufman about the upcoming event in San Francisco. He says that REBarCamps vary by region, and when they happen in San Francisco they are events that people travel to, which make them different than some of the local events.

Kaufman is passionate about REBarCamps and believes they are still relevant and a great way to network with other agents and learn something new. He also said that this year’s anniversary event might be a good time to rethink REBarCamp and to come up with ideas for making them better.

REBarCamp is a unique opportunity to socialize with other agents. And, after the event, there is usually beer. For many attendees, it is the social aspect of the BarCamp that makes it worth going to. I confess I have gone to BarCamps without actually attending any of the sessions or leading any.  Perhaps that is the best way to enjoy the experience and to get the most out of it.

Agents who have never been to a real estate BarCamp, but who are attending NAR annual this year, really should consider going. It will probably be free and it is easy to leave the event if it seems to be a waste of time.