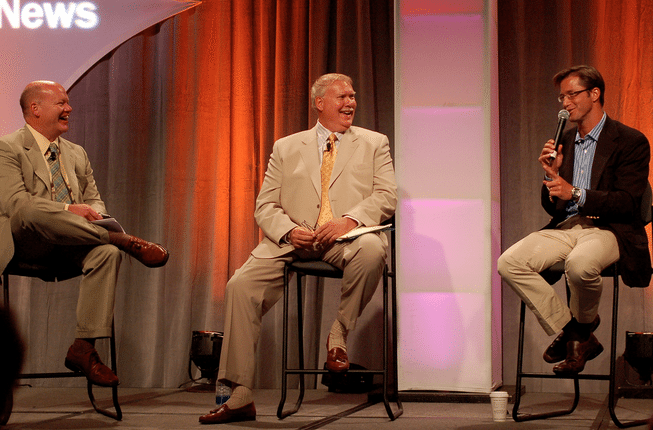 Rich Barton, co-founder and chairman of listing portal Zillow, will deliver a keynote address at the Fourth Annual Global Entrepreneurship Summit (GES) in Kuala Lumpur on Oct. 12, Zillow announced in a statement.

Barton is of 31 “notable speakers” listed on the event’s website.

His scheduled appearance marks the latest PR triumph for the company, coming two months after Zillow’s CEO, Spencer Rascoff, moderated a discussion with President Obama about the U.S. housing market.

The listing portal’s sponsorship of the discussion nettled the National Association of Realtors, which said that it expressed “serious concerns” about Zillow’s involvement in the discussion “directly to the White House.”

Barton’s speech will explore the conference’s theme, “empowering and connecting entrepreneurs,” and will begin at 9 p.m. Eastern time. It will air live on YouTube at: http://www.youtube.com/channel/UCLlI5UCyA-sgve3e4IPDstg?v=qFTned6jYow.

After his remarks, Barton will field questions asked through Twitter.

Lorraine Hahn, a former anchor and correspondent for CNN International and CNBC Asia, will moderate the discussion. People may submit questions using the hashtag #GESQARichB.