Keyzio, a real estate marketplace for buyers and sellers to connect well before it’s time for either to move, wants to bring more homes on the market by expanding a typical transaction’s timeline.

Using the Kansas City-based startup’s platform, which launched as an iPhone app in January and on the Web in April, prospective buyers can tag any home they see on a Google map on the site and either contact homeowners through the system if they’re on it or send them a free postcard to initiate contact on the platform from Keyzio if they’re not.

Keyzio’s co-founder and CEO Parker Hills wanted an easy way for potential homebuyers to reach out to homeowners, particularly in highly desirable neighborhoods with low turnover and lower inventory, to say something like, “I like your house. When you’re ready to sell, let me know.”

The site is for sellers, too, said Hills, one of Keyzio’s three co-founders. Homeowners can enter a profile of their home on the site to gauge when a good time to sell might be based on neighborhood demand, communicate with potential buyers and start planning the transaction process, even if it’s a few years out.

Keyzio is squarely focused on buyers and sellers themselves.

“This is for consumers,” Hills said.

In the traditional homebuying process, buyers sometimes have their own homes to sell, and have a short window in which to buy. Keyzio wants to expand the timeline for buyers and sellers, so they can best plan their next move.

Zillow has a similar feature on its site called “Make Me Move,” where homeowners who are not necessarily interested in moving enter a price they would consider selling their home for. Keyzio takes that idea and blows it out.

Although not geared toward agents, Hills said buyer’s agents can use Keyzio to contact potential sellers on behalf of their clients, and even use the free postcard feature. However, agents are prohibited from prospecting on the site.

A graduate of the Kansas City-based startup accelerator Think Big Partners Accelerator, Keyzio currently has more than 2,000 Kansas City users with profiles on the site, Hills said. The startup is still developing its marketplace and has yet to solidify its business plan, but Hills said the company is at stage two of a three-phase growth plan that includes:

Currently, the site is free for consumers and is focused on the Kansas City area, but it’s also set up to work in all 50 U.S. states and Keyzio has plans to expand its focus to three more cities in the next six to nine months, Hills said.

Keyzio’s app features a map that displays different-colored pins representing which homes other buyers have “liked” (in blue), which homes sellers have made profiles for (in green) and which the user has liked (in red). When a user likes a home, sellers of homes with profiles on the site within a mile of that property are automatically notified and have the option to reach out through the platform. 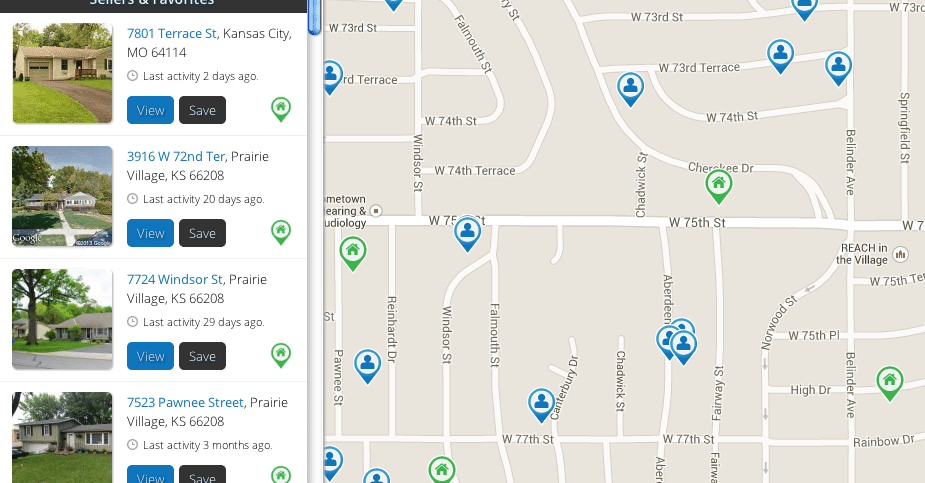 Screen shot of the map view of Keyzio’s app.

When users contact one another on the site, they see only first names and profile photos.

Homeowners who enter their properties into the platform submit their address, the number of bedrooms, bathrooms, price, and time frame for their possible move — “now,” three months, six months, one year, two years, three years or three-plus years — and Keyzio creates a single-property website profile for the home on the site. They can add additional interior photos to the listing as well.

Like a lot of real estate startups, the idea for Keyzio was inspired by a frustration with the homebuying process.

In March 2012, Hills was looking to upgrade to the perfect home in Kansas City for his young family — good neighborhood, cul-de-sac location — but couldn’t secure it. When he sold his own house after it was on the market for just two days, his family needed a new home quickly, so all his previous house-hunting went for naught.

Hills says he’s happy with the home his family ended up in, but knows he settled.

To help others avoid having to face hasty decisions, Hills created Keyzio so that buyers and sellers could test the market and buy or sell under the right circumstances. 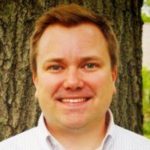 “My wife and I were feeling helpless,” Hills said. “We had streets and homes picked out.”

Hills, who has a day job as a business development engineer, said Keyzio could have helped his family. In the Prairie Village neighborhood they had their hearts set on, Keyzio currently has 67 percent more homes with profiles than are listed in the area’s multiple listing service, he said.

Starting a conversation with some of those off-market homeowners might have led his family to adjust the timing of their move to be ready when a home they loved was ready to come on the market, Hills said.

Hills recently became a licensed real estate agent and has personally listed a couple of homes that he found on the site. He’s also earned referral fees for leads he sent to other agents. However, Hills says he has no plans to turn Keyzio into a brokerage.

Currently, the firm offers prospective buyers, who, like sellers, indicate their anticipated transaction timeframe in their profiles, the option to apply to prequalify for a mortgage from a lender Keyzio partners with. Referrals to the lender is one way the firm has generated revenue so far, Hills said.

Another way the firm could generate revenue, Hills said, is to sell premium services to consumers, including the opportunity to see more details from an interested buyer or seller or how they’re connected via Facebook.

Hills says Keyzio could adapt into a fee-for-service platform that consumers would pay a flat fee to in exchange for transacting with a buyer or seller. He also is exploring the possibility of incorporating a referral model into the site where buyers and sellers connect with photographers, home inspectors, appraisers and other professionals involved in a real estate transaction who pay the firm for leads it generates for them. 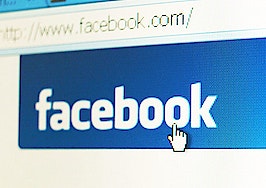 Negative equity to crimp inventory for years to come
Back to top
Only 3 days left to register for Inman Connect Las Vegas before prices go up! Don't miss the premier event for real estate pros.Register Now ×
Limited Time Offer: Get 1 year of Inman Select for $199SUBSCRIBE×
Inmanpot
Log in
If you created your account with Google or Facebook
Don't have an account?
Create an Account
Forgot your password?
No Problem