In the wake of closing a $50 million investment round in mid-November that more than doubled its investment bankroll to date and heightened talk of a pending initial public offering, tech-focused brokerage and referral network Redfin is parting ways with its Chief Marketing Officer Tom Vogl and two vice presidents effective Dec. 1.

Kelman declined to give a reason for the departures, but said they had nothing to do with the recent funding led by public-company investment firms T. Rowe Price and Tiger Global Management. Kelman said the Seattle-based firm has yet to find replacements or whether the titles would even persist.

“In Tom, we got someone who not only shares our values, but also has a history of taking scrappy up-and-comers to the big time, often while running on a shoestring budget,” Kelman said then in a statement announcing Vogl’s appointment. “He’s a piranha with a heart.”

Vogl’s addition meant Redfin would up its marketing efforts, Kelman blogged at the time. “Over the next year you’ll probably see from Redfin, for the first time in our history, a significant investment in marketing.”

Goyer, who joined Redfin as a product manager, and Selner, who came in as a director of project management, both joined the firm in 2006. 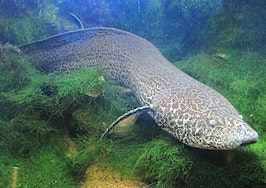 Slideshow? This time, it was different: Redfin's $50 million financing all about customer value
Back to top
Only 3 days left to register for Inman Connect Las Vegas before prices go up! Don't miss the premier event for real estate pros.Register Now ×
Limited Time Offer: Get 1 year of Inman Select for $199SUBSCRIBE×
Inmanpot
Log in
If you created your account with Google or Facebook
Don't have an account?
Create an Account
Forgot your password?
No Problem