Under normal circumstances, good economic news pushes up interest rates, but today’s economy does not resemble normal, and so rates are unchanged.

This payroll data is especially helpful because we’ve been waiting to see the negative effects of the “shutdown.” Someday there may be a government shutdown with significant economic impact. However, the shrieking all through September and October about damage and threats of default was political-media bloviation, nothing more.

As pleasant as the payroll news, beware happy-talk. There is no acceleration in these numbers, except in one spot: The jobs gained were better quality than in many prior reports, less retail/hospitality, more with better prospects for stability and higher pay.

However, better pay is still in prospect, not in wallet: November wages rose 0.16 percent, no change in trend in the 2 percent overall gain in the last year. Aggregate personal income in November fell 0.1 percent while spending rose 0.3 percent, an uneasy pair.

This jobs report is at the edge of justification for the Fed to begin to taper its $85 billion-per-month purchases of Treasurys and mortgage-backed securities. If the Fed will soon begin its terrible taper, maybe at its meeting 10 days hence (a good bet that Bernanke will draw first blood for Yellen), why no reaction from the bond market?

Several reasons, the last the slipperiest.

First, the market has already reacted — explosively. The 10-year T-note run, from 1.7 percent to 2.9 percent May-June, was serious sprinting. 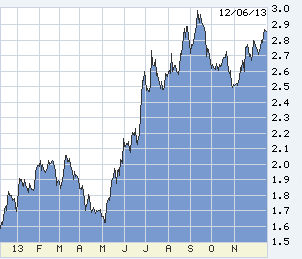 Second, inflation is dead-low. Year-over-year, the consumer price index has risen only 1 percent, and that’s overall CPI, not “core,” ex-food and energy. And energy prices may be about to fall, oil finally giving way to the fracking boon. Take the nominal bond yield now close to 3 percent, subtract inflation, get a 2 percent real return. Not great, not shabby, and more than one point higher than it was in May.

Third, the Fed will promise to keep the overnight cost of money near zero for an even longer period, maybe out to 2017. Which is effectively open-ended. The limits on that promise: rising incomes (the whole purpose of the exercise), and/or an unwelcome rise in inflation (in excess of 2.5 percent). The unemployment rate fell from 7.3 percent to 7 percent, but the Fed has already suspended its 6.5 percent threshold for tightening, on proper grounds that the unemployment rate is a poor measure of actual labor conditions.

Fourth: the slippery one. Trying to get inside the head of the bond market will make you crazy. Stick with this thought before trying any other thinking: Long-term investors think long-term. Then proceed to step two: The bond world is upside-down, good news is bad, bad news is good. But we got good news today, and nothing bad happened …? Step three: Aggressive stimulus by the Fed is bad for bonds, and its absence or withdrawal is good. Initially, the taper is bad for bonds, a huge buyer stepping out. But, if the Fed is stepping out, less help for a deeply uncertain economy.

Those same insane principles governed the bond market response to QE ever since 2008. Rates rose at each announcement, on the presumption that Fed emergency measures would work. When in each case the economy responded little, rates then fell, the market getting the benefit of the Fed’s buys and renewed recession fear. (Note: The apparent absence of positive impact from QE emboldens rockheads to claim that QE did nothing or was counterproductive. Gather ye rocks as ye may.)

Besides watching incomes, watch housing. Mortgages just north of 4.5 percent are hardly “high,” but are priced higher than last year and no lower than three years ago, the stimulus effect of super-low worn off.

The bond market has no fear of any other stimulus from government. President Obama this week spoke on economic inequality, “the defining challenge of our time.”

Droning through six pages of text, not a word on how to help our people compete in a tough world. The Republicans have nothing to offer, either. Yet, as today’s job data show, the American economy moves on, endlessly adaptable, without leadership if necessary. 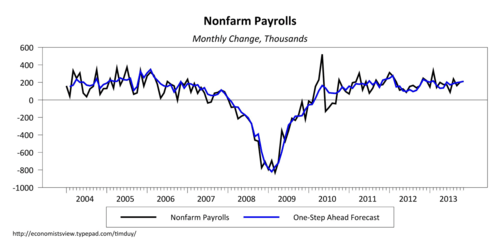 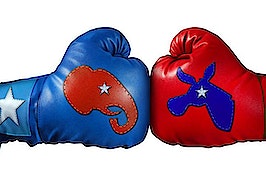 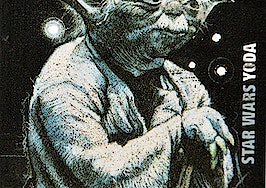 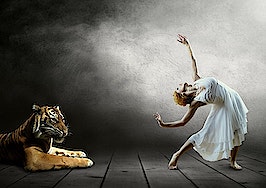 The Fed's tippy-toe taper plans could not be more clear
Back to top
Only 3 days left to register for Inman Connect Las Vegas before prices go up! Don't miss the premier event for real estate pros.Register Now ×
Limited Time Offer: Get 1 year of Inman Select for $199SUBSCRIBE×
Inmanpot
Log in
If you created your account with Google or Facebook
Don't have an account?
Create an Account
Forgot your password?
No Problem