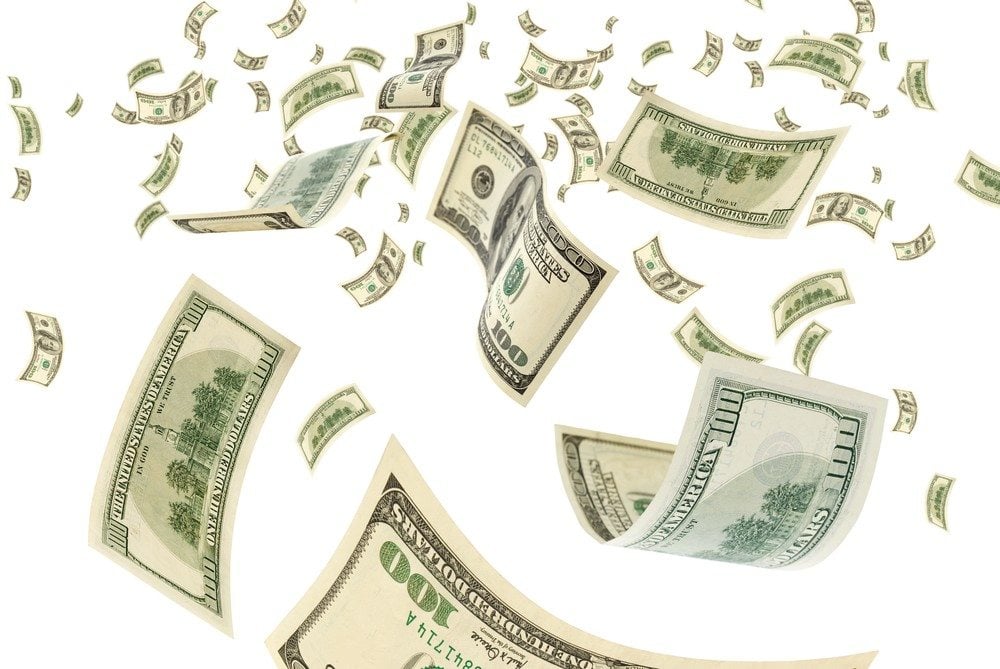 The proportion of all-cash home sales has doubled since May, making up 42 percent of all deals done in November, RealtyTrac reports — the largest proportion of cash sales since the data aggregator began tracking the stat nearly three years ago.

RealtyTrac had previously reported that cash deals made up 45 percent of sales registered in August, but the firm has since revised that tally down, citing a revision it made to methodology. 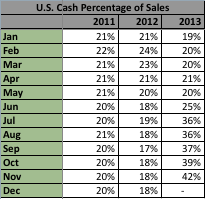 Regardless, the data — and the raw numbers behind it — does not indicate a greater raw number of investors, RealtyTrac Vice President Daren Blomquist told Inman News. What it shows is that rising home prices and rising mortgage rates have diminished the pool of buyers using a loan to buy a home.

The number of homes purchased with a mortgage fell 40 percent from October to November, to 135,154 — the lowest monthly total of financed home sales in the three years RealtyTrac’s been keeping the data. The raw number of all-cash deals in November was also down 31.2 percent from October, to 98,030.

Yesterday, the National Association of Realtors reported that all-cash deals made up 32 percent of existing-home sales, up from 31 percent in October. However, that number is likely not as accurate as it could be because of methodology issues that are being addressed, NAR spokesman Walt Maloney told Inman News in August.

RealtyTrac’s tally show a much lower percentage of cash deals than a Goldman Sachs Group report earlier this year that showed more than half of all the transactions in the 18 months between January 2012 and June 2013 were completed with nothing but cash.

The RealtyTrac report also revealed that institutional investors snatched up 7.7 percent of all the residential homes sold in November.

The methodology change that led to the revision of RealtyTrac’s previously reported all-cash sales data produces a more accurate portrayal of what’s actually happening on the ground with such deals, Blomquist told Inman News.

The firm calculates the percentage of all-cash deals in a month by comparing the records of home sales from deeds filed at county courts throughout the U.S. to loan data it has in the same areas. After discovering that it actually did not have loan data in a few locations where it mistakenly thought it had the data, RealtyTrac revised the methodology, Blomquist said.

For example, in addition to August’s downward revision, in October, RealtyTrac had all-cash deals making up 49 percent of September’s transaction total, which now stands at 37 percent. 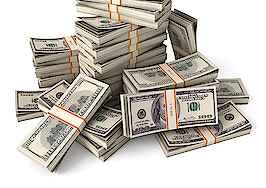 'The little guy can't win' as all-cash sales climb even higher
Back to top
Only 3 days left to register for Inman Connect Las Vegas before prices go up! Don't miss the premier event for real estate pros.Register Now ×
Limited Time Offer: Get 1 year of Inman Select for $199SUBSCRIBE×
Inmanpot
Log in
If you created your account with Google or Facebook
Don't have an account?
Create an Account
Forgot your password?
No Problem