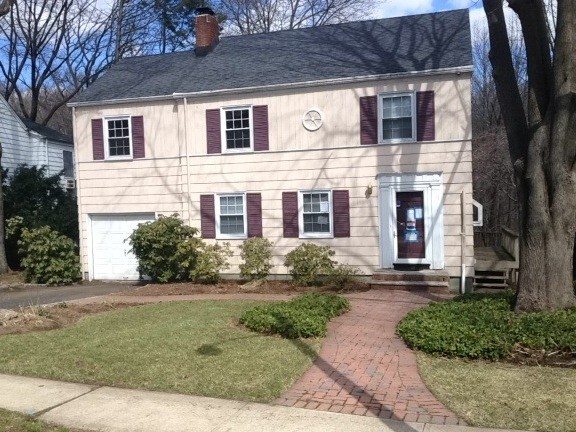 It’s no secret that the stigma around homes where notorious crimes were committed can dent their resale value.

But what if a home in the suburbs was merely lived in by a couple accused of being Russian spies?

Known to their neighbors as Richard and Cynthia Murphy, Vladimir and Lidiya Guryev were allegedly part of a network of “deep-cover operatives” who “established themselves in the U.S. and went about leading seemingly normal lives — getting married, buying homes, raising children and assimilating into American society.”

That’s how the U.S. Marshals Service described the couple who lived in the “Russian spy house,” a 1,830-square-foot, four-bedroom home in Montclair, N.J., seized by the government and put on the market in April for $444,900.

The 10 members of the alleged spy ring were rounded up by the FBI in June 2010, after a decadelong investigation code-named “Ghost Stories,” and quickly deported in a spy swap.

According to Zillow.com, 31 Marquette Road last sold in 2008, for $481,000. Putting on its real estate agent hat, the Marshals Service attempted to not only capitalize on the home’s notoriety, but paint the 1950 colonial in the best possible light, pointing out the “recently updated kitchen,” and a lot that “backs to open space.”

But the “Russian spy house” marketing ploy seems to have backfired.

According to tazahomes.com — the website linked to in the Marshals Service press release — the home is in escrow, but only after the price was reduced to $365,500.

The description of the home penned by the listing agent with Fast Track Real Estate Co. LLC describes the property in more mundane terms — it’s in “needs repair condition” — and makes no mention of 31 Marquette’s notorious past.

The property is not currently listed on NJMLS.com, the Realtor-owned multiple listing service that provides descriptions of most residential properties for sale in Bergen, Essex, Passaic and Hudson counties.

An employee at Fast Track Real Estate confirmed that the home is in escrow, but said the listing agent was not available and that the company could not provide information about the proposed sale price or asking price history. She said Fast Track Real Estate does not operate its own website and could not point to another source of information about the house online, but said the most recent asking price was $399,9000.

Appraiser's expertise in stigmatized properties worth $375 an hour
Back to top
Only 3 days left to register for Inman Connect Las Vegas before prices go up! Don't miss the premier event for real estate pros.Register Now ×
Limited Time Offer: Get 1 year of Inman Select for $199SUBSCRIBE×
Inmanpot
Log in
If you created your account with Google or Facebook
Don't have an account?
Create an Account
Forgot your password?
No Problem