A new overseas property website just launched in China claims to be the first to concentrate on Australia and the United States.

The Chinese-language site, Meiaoju.com, aims to provide quality listings, real estate information and high levels of customer service. Currently, most of the properties and features on site relate to the Australian market.

No fees will be charged to overseas real estate developers for the first year and Meiaoju will review the qualifications of developers to help protect buyers, according to the techinasia.com website.

It is claimed that Meiaoju.com has agreed to partner with a number of large real estate developers in Australia and the US and include their property listings.

Meiaoju’s founder is Wu Bo, who is also behind one of China’s top daily deal websites and secured funding of 50 million renminbi, just over $8 million in U.S. dollars.

The leading Chinese overseas property website, Juwai.com, is currently ranked just under 14,000th in the world, according to data company Alexa.com.

Following concerns in Australia that locals are being priced out of the market by Asian property buyers, the House of Representatives has agreed terms of reference for its inquiry into foreign investment in Australian residential real estate and has called for submissions from the industry and concerned parties.

In the United States, buyers from China are responsible for 12 percent of all foreign transaction, up from just 5 percent in the last six years, according to 2013 figures from the National Association of Realtors. The top five areas they have targeted are Las Vegas, Los Angeles, Orlando, Irvine, California and Detroit.

The proportion fell to 0.08 percent in the first two months of this year, the lowest in at least a decade, according to data from the National Bureau of Statistics. The ratio has never exceeded 2 percent.

For the full TechinAsia.com story go to: http://bit.ly/1pyxmjA 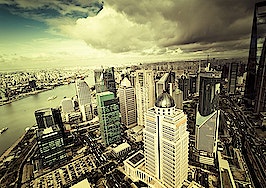 Juwai.com unveils mobile search app for international Chinese buyers
Back to top
Only 3 days left to register for Inman Connect Las Vegas before prices go up! Don't miss the premier event for real estate pros.Register Now ×
Limited Time Offer: Get 1 year of Inman Select for $199SUBSCRIBE×
Inmanpot
Log in
If you created your account with Google or Facebook
Don't have an account?
Create an Account
Forgot your password?
No Problem