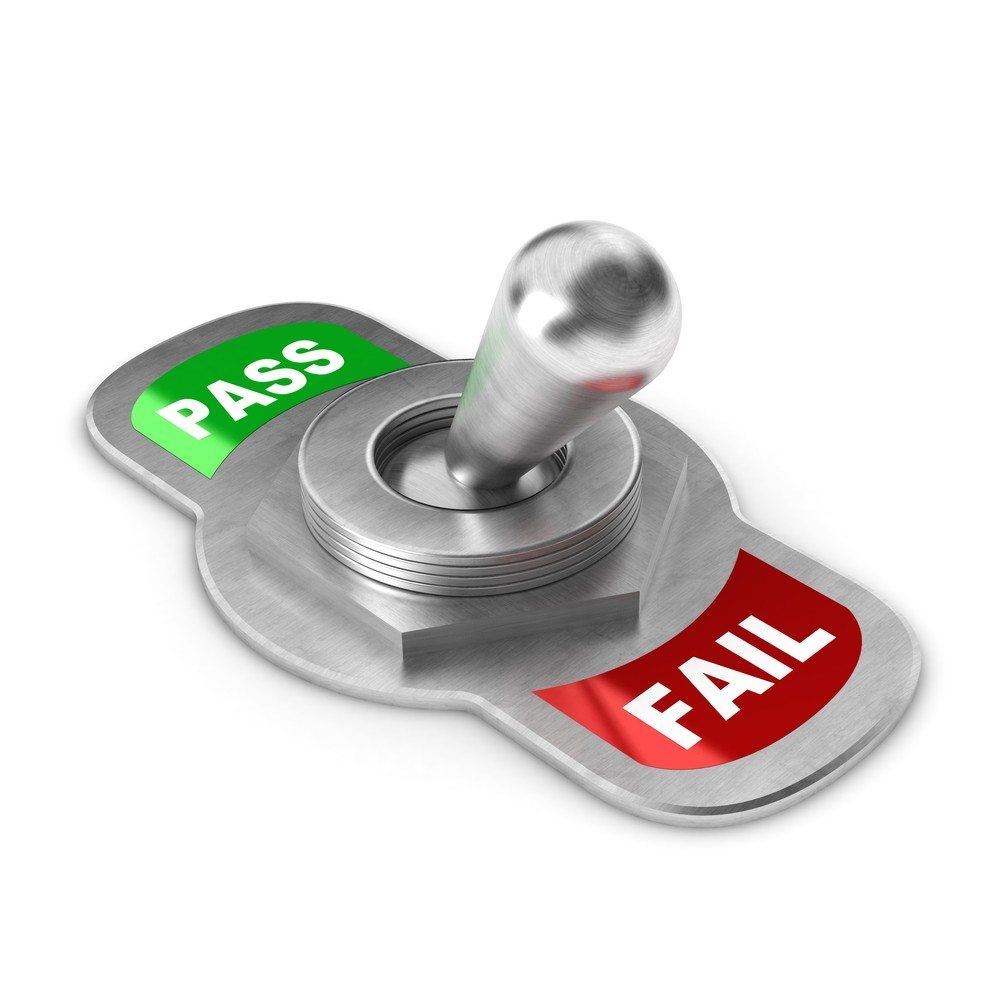 The National Association of Realtors is considering tougher core standards that would “raise the bar” for Realtor associations to ensure that even the smallest is capable of enforcing the Realtor Code of Ethics, playing a political advocacy role, and operating a website promoting member programs, products and services.

The proposed core standards, which will be debated at NAR’s upcoming midyear conference in Washington, D.C., would replace NAR’s current minimum services standards for associations.

If associations can’t or won’t shape up and meet the new standards, they would face revocation of their Realtor charter. NAR would also offer such associations financial assistance to merge, dissolve or form as a chapter or council under another local association or under their state association.

Although NAR would provide assistance to associations that wish to merge, the goal of the core standards is not to drive mergers, said Andrea Bushnell, the chairwoman of the presidential advisory group that drafted them.

Nevertheless, the pressure to comply will likely mean that there will be some 1,000 associations in 10 years, rather than 1,400, according to David Phillips, CEO of the Pennsylvania Association of Realtors. Phillips was not involved in the creation of the standards.

“The mergers and changing the chapters and that sort of stuff is going to be the initial shakeout in the organization because associations will have to decide do they want to adopt these standards or do they want to throw in the towel,” Phillips told Inman News.

NAR will not offer financial assistance to meet the new standards. Bushnell, the executive vice president for the North Carolina Association of Realtors, said state and local associations will need to “step up (their) game” to comply.

“It may require some associations that have particularly low dues of raising dues … to meet these standards,” she said in a webinar last week.

Given existing resources already available on NAR’s website, for instance, to help meet the standards, the group felt “there really wasn’t going to be a need for financial support,” she added.

A presidential advisory group made up of state and local association execs have put together the proposed mandatory core standards for associations with the aim of ensuring “high, uniform service quality” among associations and keeping NAR relevant for the long term.

“In order to survive as the strongest and most politically influential entity for organized real estate, all three levels of the organization must … thrive together as a true and strong association, rather than acting as a group of independent but federated organizations,” the group said in its latest report.

NAR declined to comment for this story, saying it would be “inappropriate” to comment before the group’s final report.

In an essay appearing in this year’s Swanepoel Trends Report, NAR CEO Dale Stinton urged association leaders “TO ORGANIZE AS ONE AND COMMIT TO EACH OTHER WITH URGENT RESOLVE.”

“Current threats to the system — commission-thirsty outsiders, broker/association and broker/MLS chafing, data syndication offenders … are real for sure, but they are also symptomatic of the larger problem — we are fractured and becoming more and more fragmented every day,” Stinton wrote.

Associations, he said, “must ‘raise our own bar’ as we ask our members to raise theirs.”

“If we are to be genuine in our efforts to brand our members as ‘the top of the food chain in real estate,’ the much discussed ‘trusted advisers’ in the space, should the system that supports them aspire to anything less for itself?” Stinton wrote.

NAR does not plan to stop at raising the bar for associations. Educational requirements for individual members are not part of the new core standards (though they are for association executives), but they are “on the table,” NAR President Steve Brown said in a webinar last week.

“We will definitely be considering that, how to raise that professional bar of our membership as well. Not yet, but it’s certainly on the planning board right now,” he said.

1. Code of Ethics: The presidential advisory group recommended that NAR revamp the process to expedite an ethics hearing or arbitration proceeding through the adoption of electronic filing, speeding up response times, and other measures.

The proposed core standards would charge each association with ensuring Code of Ethics education, enforcement, and advancement, and mandate each adopt an expedited process of handling complaints, such as mediation.

“This will benefit the members by making the process more accessible, easier to navigate and enforce. It will make Realtor members more accountable to the Code of Ethics and result in increased professionalism,” the report said.

Each association will also be required to prove participation in calls for action from NAR’s political advocacy hub, the Realtor Action Center, such as promoting political issues through websites or newsletters.

3. Consumer outreach: Each association will have to show that it has executed at least four “meaningful consumer engagement activities” each year, such as promoting market statistics or real estate trends through releases of NAR or MLS data; participating in community events that promote the value of using a Realtor; engaging consumers in legislative or political issues that impact real estate; and volunteering or fundraising for a charitable or community organization.

(In order to fulfill the four-activity requirement, an association must participate in at least three of the four types of consumer outreach activities listed above — for instance, an association cannot volunteer at a Habitat for Humanity build four times a year and consider the standard met.)

4. Unification efforts and support of the entire organization: All associations will be required to renew their respective charter by June 30, 2015. Those not in compliance with NAR’s mandated policies will face nonrenewal of their charter. After renewal, those violating current policies will be given 60 days to fix the problems or risk the revocation of their charter.

“It’s possible that any violation of the policy could face revocation of a charter,” Bushnell told Inman News. But forcing associations to give up their charter is not the goal of the new standards, she added.

“The goal of NAR and the state associations is to make sure that we assist associations in meeting the goal. We want everybody to succeed,” she said.

She anticipates the presidential advisory group will have settled on the compliance process for the new standards by NAR’s midyear convention in May, though some preliminary recommendations for compliance are available.

In order to help local associations boost enforcement of dues collection, state associations will be required to provide each association with a list of real estate licensees at the state level at least twice a year. This will allow associations to compare names and firms with their own membership rolls and make sure brokers have either signed up all of their agents as members or have paid nonmember salesperson fees for those they do not sign up.

5. Technology: Every association must have a website that links to the websites of the other levels of the association in order to promote member programs, products and services. In addition, each association must use an email or other Internet-based means for member communication.

6. Financial solvency: Each association will be required to adopt “policies to ensure the fiscal integrity of their financial operations,” including an annual audit or review from an outside party, such as a professional accountant. Associations must first obtain NAR’s consent should they want to file for bankruptcy and any association that declares bankruptcy will be subject to an automatic review of their charter.

“We think that all of the associations will be able to meet these standards,” Bushnell said.

“The whole time we were involved with this process we were trying to understand how it would impact associations of all sizes and quite frankly some of our smallest associations are sometimes our most effective. So we really decided that size does not matter.”

Bushnell said associations at all levels would be encouraged to share services and help each other in order to “make all of us better.”

Sharing services is important to Jody Condie, association executive and the only paid staff member for the just over 300-member Steamboat Springs Association of Realtors in Colorado. Condie believes her association will be able to comply with the proposed standards, but noted that maintaining the association’s current contract with the state association to administer all professional standards complaints is “essential.”

Jennifer Hooks, association executive for the 57-member Reelfoot Regional Association of Realtors in Tennessee, is concerned about the requirement to participate in four consumer outreach activities.

“If we have our 57 members split up four ‘engagement activities,’ it may appear that we had a very small member turnout when just over a dozen Realtors show up. Proof of one community engagement event annually seems more attainable,” she said.

Nonetheless, she said she and her members will do what needs to be done to comply with the new standards. Although she is also the only staff member in her association, Hooks said Reelfoot is already complying with most of the new standards — for example, the association implemented RPAC dues billing 10 years ago.

In the last year and a half, Reelfoot considered merging or dissolving, but members “made it very clear that they want to stick together,” Hooks said.

“I don’t feel like the members here will merge or dissolve — they are going to do whatever they need to do to keep their local organization,” she said.

“But if we absolutely had to call on NAR for resources, in terms of creating an dissolution/merger plan and support, our association may consider that.”

Will the average Realtor care?

In order for the proposed standards to work, some associations are going to have to not make it, according to Kevin McQueen, a consultant for associations and multiple listing services who often facilitates collaborations and mergers.

“I don’t think that the average Realtor really cares” about having a uniform quality of services, he said, but if their association’s charter were revoked — and with it prized MLS access — that would get their attention.

“Why do you join the board? To get to the MLS. That’s not a secret,” McQueen said.

He doesn’t anticipate significant changes for the vast majority of associations to result from the new standards, but he does believe the standards “will raise awareness that mergers are a viable option for local associations.”

“It is prudent for NAR, state and local association leadership to objectively consider the pros and cons of a merger, with the members’ best interests in mind. Not all associations need to merge. They all need to consider it as an option,” he said.

NAR’s board of directors is expected to vote whether to adopt the new standards on May 17 at NAR’s midyear conference, the Realtor Party Convention & Trade Expo, in Washington, D.C. Before the vote, there will be three member forums to discuss the standards at the conference.

The presidential advisory group is taking comments through May 1 regarding its proposed standards and recommendations. 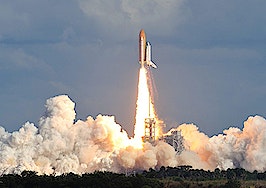 Prospect of dueling MLSs fuels merger of 2 Realtor associations on Florida's 'Space Coast'
Back to top
Keep up-to-date on tools and tactics to impress your clients and outshine your competition with the 2022 virtual bundle.Register Now×
Agent Appreciation Sale: Inman Select for only $85.CLAIM OFFER×
Inmanpot
Log in
If you created your account with Google or Facebook
Don't have an account?
Create an Account
Forgot your password?
No Problem