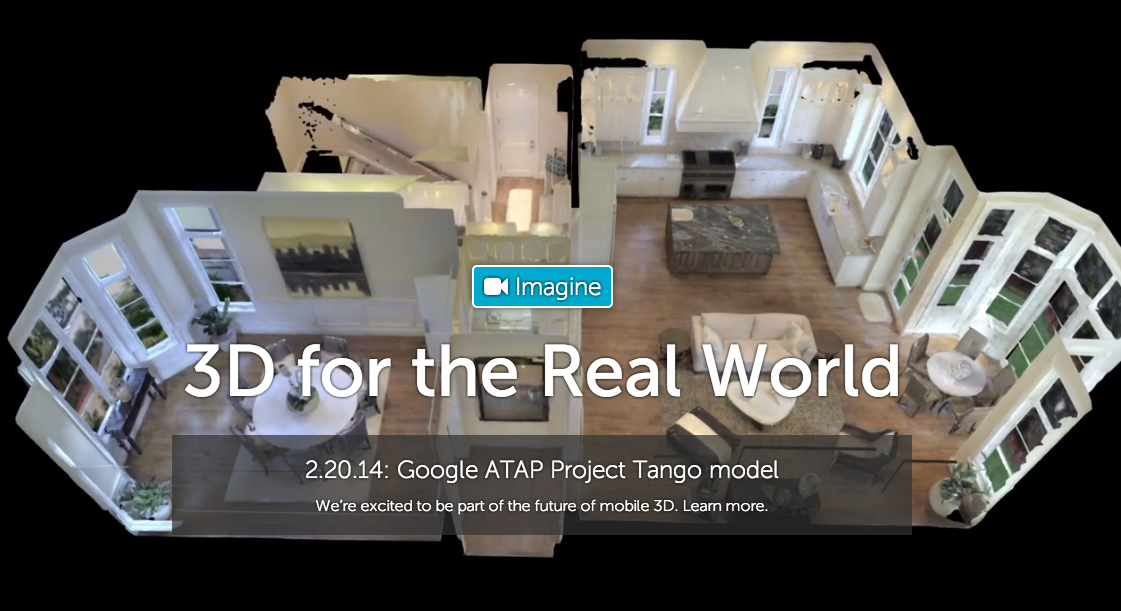 Matterport, fresh off its win at Realogy’s FWD pitch competition in June for its immersive, 3-D virtual tour technology, has raised $16 million in a Series B funding round.


The round, led by new investor DCM with participation from AME Cloud Ventures, brings the Mountain View, California-based firm’s total outside investment to $26 million since launching in 2011.

The funding provides more evidence that three-dimensional virtual home tours that allow homebuyers to explore photo-realistic spaces from multiple vantage points are on the verge of exploding in real estate.

The new tech allows brokerages, agents and property managers to give homebuyers a virtual window into a home that strides beyond photographs and video without them having to drop their iPad, let alone stand up.

In April, Seattle-based brokerage Surefield launched with a model based solely on providing 3-D virtual tours to home sellers.

Brown says Matterport’s new funding will allow the firm to do three things:

Matterport says it’s close to transforming the cost of recreating a space in 3-D from tens of thousands of dollars to tens of dollars.

Matterport built its own digital camera that captures depth information along with the color and brightness information associated with a typical two-dimensional photo.

Each pixel Matterport captures has four dimensions, Brown said. “It gives you picture-perfect views from multiple vantage points.” Pixels in a typical 2-D photo have three dimensions, he said. The additional one in Matterport’s 3-D models covers depth.

“We compare each of the frames we shoot and figure out where they are in relation to each other,” Brown said. By doing that, the firm creates an immersive model that allows users to navigate through, giving them the feeling that they’re actually in the space.

Matterport sells both its 3-D cameras and its software-as-a-service platform to turn its images into 3-D models. Cameras go for $4,500 apiece, and the platform goes for between $49 per month and $149 per month depending on a client’s needs.

“We see the most value in building out computer vision software. We made our first camera because there was not one out there that would capture what our software called for,” he added.

Part of Matterport’s new funding will go toward its continuing work to bring 3-D tech to mobile devices. The company is currently working with Google as a formal partner in its Google Tango project. Google Tango is a 7-inch tablet that will have a 3-D sensor built in.

When the device comes out, Matterport will have its own mobile app that will work on the tablet to make 3-D images, Brown said.

“Our goal is to give mobile devices a human-scale understanding of space and motion,” said Johnny Lee, project lead at the advanced technology and projects group at Google.

3-D encompasses many definitions. Everyone seems to have their own. Are panoramic photos like those rental marketplace Apartment List launched last week 3-D? Are fly-through videos 3-D?

Brown defines 3-D as an image that provides information in three planes. Two dimensions don’t give the user the ability to navigate above a model or experience the textures and depth like a 3-D model gives, he said.

Eisenberg defines 3-D as a digital model that can be explored and modified.

Floored specializes in creating virtual spaces, either from images or based on floor plans, that allow architects to modify spaces using a realistic, 3-D model.

Eisenberg first got excited about 3-D with the rise of 3-D printing. The original idea for Floored was the possibility of creating software that allowed architects to print their real estate models on a 3-D printer instead of building them by hand.

But now the firm is focusing on helping architects do that digitally within 3-D, geometrically precise models that allow them to modify materials and room layouts on a 3-D virtual model.

If you can’t look at a 3-D model from overhead, it’s a set of images and not 3-D, Eisenberg said. Geometric 3-D models like Floored’s can render new lighting effects in real time and make materials like wood and marble look realistic.

Floored used to use an earlier version of Matterport’s cameras, but now uses a Laser scanner, which Eisenberg said produces more precise and finer measurements at longer ranges.

Eraker, who was one of the co-founders of Seattle-based brokerage Redfin, saw that 3-D modeling could be extremely useful if applied to real estate marketing.

Erakers’s definition of 3-D? He considers a model 3-D if it provides a geometric understanding of a real estate environment that allows someone to move around inside it.

Since launching the brokerage in May, the firm has taken four listings and has one sale pending, Eraker said.